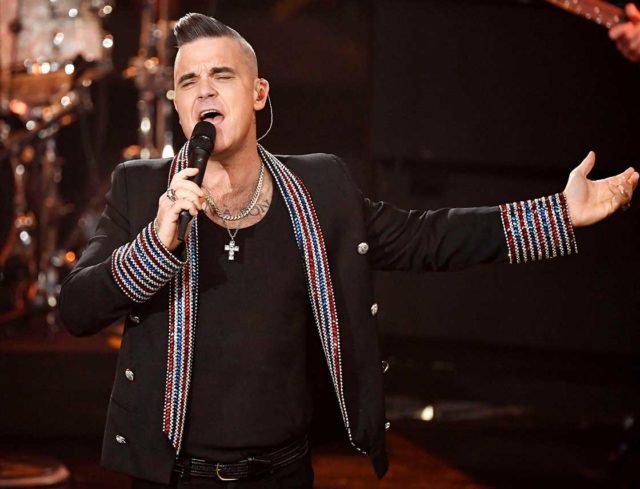 Robbie Williams has released a new Christmas song, inspired by 2020 and the global coronavirus pandemic.

Featuring lines such as, ‘Santa’s on his sleigh/But now he’s two metres away’, and ‘I wish I could do what I like/With this family of mine’, Robbie Williams takes a cheeky look at what Christmas will look like for a world that has experienced an unprecedented year of chaos. The song also contains mentions of the Zoom, the video conferencing platform, as well as social distancing and hand sanitisers.

This isn’t Robbie Williams’ first festive release: he issued the album The Christmas Present, in 2019, which had guest spots from Rod Stewart, Jamie Cullum and Bryan Adams. The album went to No 1 in the UK, and became Robbie Williams’ 13th studio album to reach the top of the charts.

According to an interview with Robbie Williams’ longtime collaborator, Guy Chambers, Williams’ was forced to delay his plans for a new album due to the pandemic. He had planned to release it this year, but it has since been put back.

Robbie Williams has also revealed that he has collaborated with Shaun Ryder of the Happy Mondays, on a new track.

For now, however, fans will have to contend themselves with his new Christmas single. As he sings in the song, ‘The people gonna need something to believe in/After a year of being in.’
The official lyric video for the single can be watched below.