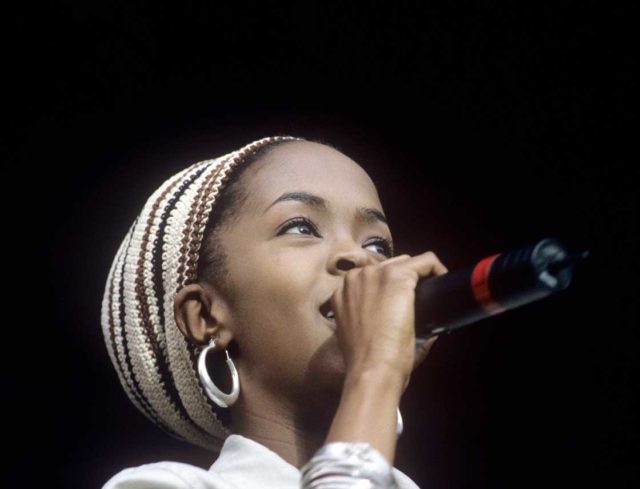 Lauryn Hill has made history by becoming the first female MC to go diamond after her 1998 debut album, The Miseducation Of Lauryn Hill surpassed 10 million US sales.

Other rap acts to achieve the feat include Outkast for 2003’s Speakerboxxx/The Love Below; Beastie Boys for 1986’s Licensed To Ill, 2Pac for 1196’s All Eyez On Me and Eminem, who has achieved it twice with 2000’s The Marshall Mathers LP and 2002’s The Eminem Show.

The Recording Industry Association of America (RIAA) announced the news on Twitter on Tuesday, welcoming her “to the diamond club”.

Hill began her career as part of The Fugees in the mid-90s, alongside Pras Michael and Wyclef Jean. With them she recorded two albums, with 1996’s The Score going multi-platinum and winning a Grammy for Best Rap Album and Best R&B Vocal Performance By A Duo Or Group for their rendition of Killing Me Softly, made famous in 1973 by Roberta Flack.

And while The Miseducation Of Lauryn Hill was a huge success, a follow-up never came. Speaking to Rolling Stone about it, Hill said: “The wild thing is no one from my label has ever called me and asked how can we help you make another album, EVER…EVER. Did I say ever? Ever! With The Miseducation, there was no precedent. I was, for the most part, free to explore, experiment and express.”

Meanwhile, when asked whether Miseducation is the album she intended it to be, Lauryn said: “I’ve always been pretty critical of myself artistically, so of course there are things I hear that could have been done differently, but the LOVE in the album, the passion, its intention is, to me, undeniable. I think my intention was simply to make something that made my foremothers and forefathers in music and social and political struggle know that someone received what they’d sacrificed to give us, and to let my peers know that we could walk in that truth, proudly and confidently.”