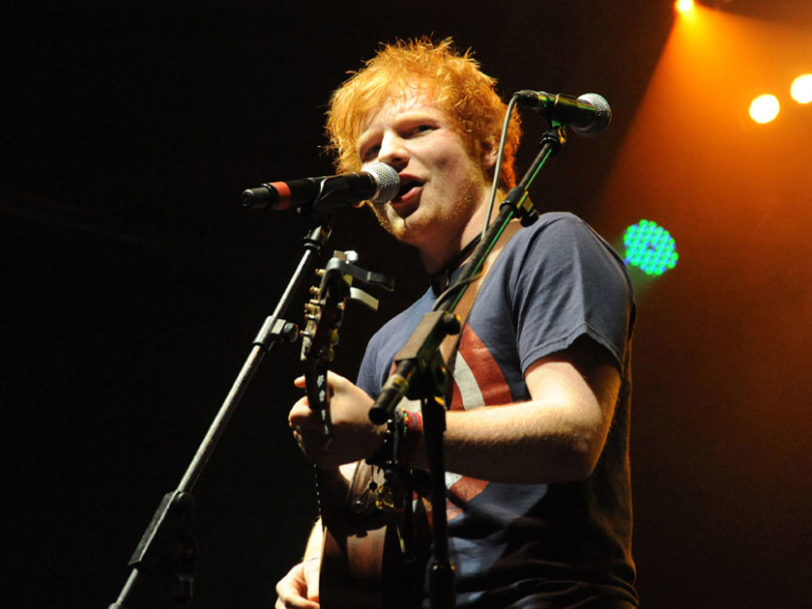 You Need Me, I Don’t Need You: How Ed Sheeran Went Viral

A caustic burst of pop-rap, You Need Me, I Don’t Need You saw Ed Sheeran vent his frustrations to leap from the loop pedal to a record deal.

Written when he was just a teenager, Ed Sheeran’s second single from the + album, You Need Me, I Don’t Need You, has a fascinating backstory. Not only did the song play a vital role in the singer-songwriter’s rise to glory, it also set out his uncompromising manifesto for success (“I sing and write my own tune and I write my own verse, hell/Don’t need another wordsmith to make my tunes sell”).

With a tap of his loop pedal, a then unsigned Ed Sheeran fired-up live audiences with a lyrically cathartic blast of self-belief, standing out from the pack with his rap-inspired acoustic backing. Dynamic and full of swagger, here’s the story of how You Need Me, I Don’t Need You scored Ed Sheeran a record deal and became the songwriter’s most pivotal song on his climb to global superstardom.

When Ed Sheeran sat down in songwriter Amy Wadge’s kitchen and played her a new tune he’d written, she was awestruck. “Enjoy your life now,” she told him, “because it’s going to get crazy.” He’d just played her You Need Me, I Don’t Need You, a song he started writing at age 15. Over the years, Sheeran had added blistering rap verses, cramming the track with vitriol in order to lash out at naysayers and decry what he saw as the fickleness of the music industry. Over time, You Need Me, I Don’t Need You had evolved into a wordy and frenetic composition, with Sheeran beefing up his spry acoustic riff with a Boss RC-30 loop station. “I kept running into the room and saying to my husband, Alun, ‘Oh my God, this boy is unbelievable,’” Wadge later remembered.

Lambasting his ex-manager for trying to make him dye his ginger hair, and taking a swipe at BRIT School poseurs, Sheeran knew full well how confrontational You Need Me, I Don’t Need You was. “It’s directed at a few people at once,” he told the BBC Breakfast. “The song’s about my view on the industry at the time I got into it.”

Ultimately, however, it also saw Sheeran draw a line in the sand and verbalise his intention to make music his own way, dismissing those who suggested he ditch the loop pedal and play it safe. “The song is about staying true to yourself and following your heart,” Sheeran explained, “something instilled in me from an early age.”

“Every single industry person who heard it hated it, and every single fan loved it”

After touring relentlessly as an independent artist for many years, Ed Sheeran had been working hard at perfecting his sound – a mix of affable acoustic songwriting and rap-inspired wordplay – but You Need Me, I Don’t Need You saw him turn a corner. Inspired by Nizlopi’s fusion of folk-pop and beatboxing, Sheeran had ramped up the hip-hop influences on the song and honed it into a breathless tirade against inauthenticity and the perils of conforming to the pop treadmill. Originally recorded for his You Need Me EP, released in November 2009, it also saw Sheeran reflect on escaping his rural upbringing, singing, “Suffolk sadly seems to sort of suffocate me.”

Sheeran’s decision to leave his home county to seek fame and fortune was soon validated: You Need Me, I Don’t Need You become a live favourite for those who saw him gigging in London – and it’s not hard to see why. With lyrics chock-full with timely social references to MySpace and Wikipedia, the song struck a chord with a millennial generation beholden to late-2000s internet culture. But it was arguably Sheeran’s musical approach that wowed audiences the most. The songwriter’s adept use of a Boss loop pedal, paired with his mesmerising acoustic riffs, was instantly refreshing, appealing both to indie-loving scenesters and hip-hop fans alike.

“The weird thing about that song was that every single industry person who heard it hated it, and every single fan loved it,” Sheeran remembered. It wouldn’t be long, however, before label bosses would soon catch on. And all thanks to a certain video-sharing website called YouTube…

“As soon as I did the SB.TB video, they all started contacting me”

Back in 2006, British entrepreneur Jamal Edwards had set up the YouTube channel SB.TV, regularly sharing freestyle rap videos to celebrate London’s underground music scene. By early 2010, SB.TV had grown into a music platform in its own right, coinciding with the rising popularity of grime, and Jamal had become a noted influencer and musical tastemaker. “There are many artists that I’ve discovered and tapped into early through the SB.TV platform,” Edwards told Channel 4, “but probably one of the most recognisable would be Ed Sheeran.”

After seeing Sheeran play a live show and being impressed by You Need Me, I Don’t Need You, Edwards invited the singer-songwriter to bring his loop-pedal mastery into the studio and play a version of the song on SB.TV’s YouTube channel. In February 2010, Sheeran put in a star-making acoustic performance with typically breakneck panache, effortlessly segueing from You Need Me, I Don’t Need You into a rendition of 50 Cent’s In Da Club, and dropping a freestyle of Bristolian reggae group Laid Blak’s marijuana anthem, Red.

The video rapidly went viral, racking up 20,000 views in three weeks and introducing Sheeran to a whole new audience. The crossover appeal of Sheeran’s brand of pop-rap needn’t have come as a surprise, particularly as he was inspired by British hip-hop artists such as the “Godfather Of Grime”, Wiley. “As soon as I did the SB.TV video, they all started contacting me,” Sheeran said. For a song that asserted its creator’s right to do things his own way, You Need Me, I Don’t Need You was making waves.

“If I’m having a tough show, I do that song and it turns things around”

Shortly after his breakout SB.TV performance, UK rapper Example invited Ed Sheeran to join him on tour as his support act, further exposing Sheeran to new crowds. Realising he was on the cusp of something big, the songwriter bought himself a one-way ticket to Los Angeles in order to see how his material would fare across the pond. It was a gamble, but it paid off. After an acclaimed set at The Savoy, Sheeran was invited to play at an open-mic club called The Foxxhole, a venue owned by Hollywood actor Jamie Foxx. Playing in front of a predominantly Black crowd, the ginger white kid with a loop pedal raised a few eyebrows, but launching into You Need Me, I Don’t Need You immediately won them over.

As it happens, Jamie Foxx was in the crowd at the time and spoke to Sheeran after the gig. “You’re incredible,” Foxx told him, before inviting him back to stay at his Hollywood mansion. Today, Sheeran reflects upon this time with a mix of pride and incredulity: “Within a month of going there with zero confidence, being able to fly to LA with nothing and ending up in one of the biggest movie stars in the world’s house, in my mind I was like, ‘I must have something.’”

By proving his mettle against seasoned LA rappers, street poets and R&B singers, Sheeran returned to the UK and found himself working with British MCs he admired, among them Wiley, JME, Devlin and Ghetts, on his next EP, No.5 Collaborations Project. Nevertheless, Sheeran considers You Need Me, I Don’t Need You to be the song that gave rise to these opportunities. “You Need Me is kinda my calling card,” he has said. “It has never failed, anywhere. If I’m having a tough show, I do that song and it turns things around.”

Ed Sheeran’s hard graft and growing popularity had paid off. After No.5 Collaborations Project reached No.1 on the UK iTunes chart – a remarkable feat for an unsigned artist – Sheeran was finally invited to sign a record deal with Asylum Records, in January 2011. Given how important You Need Me, I Don’t Need You had been to him, he was keen for the song to be re-recorded to appear on his debut album, +. “I wanted it to be there because of its history,” Sheeran explained.

Working with producers Jake Gosling and Charlie Hugall, recording the album version of You Need Me, I Don’t Need You was more difficult than first imagined, as they couldn’t quite nail the drum sound. In the end, Hugall invited a live drummer and chopped up his loops to transform it into a hyperkinetic marvel, bringing life to Sheeran’s splenetic and bloody-minded rhymes. “With that song,” Jake Gosling said, “I think we got to a place where we were all happy with it.”

Sheeran was keen to release this version of You Need Me, I Don’t Need You as his debut single, but when another newly recorded song, The A Team, started to blow up, he opted to release that one instead, and soon found himself with his first UK Top 5 hit. That wasn’t the end of the road for You Need Me, I Don’t Need You, however. Released as his second single, on 26 August 2011, it peaked at No.4 in the UK and, firmly establishing itself as one of the best Ed Sheeran songs, proved that his faith in it wasn’t misplaced.

“To be successful you have to have a unique selling point, so to copy someone else’s blueprint isn’t going to work,” Sheeran reflected on the track’s success. “That’s what the song is about.”