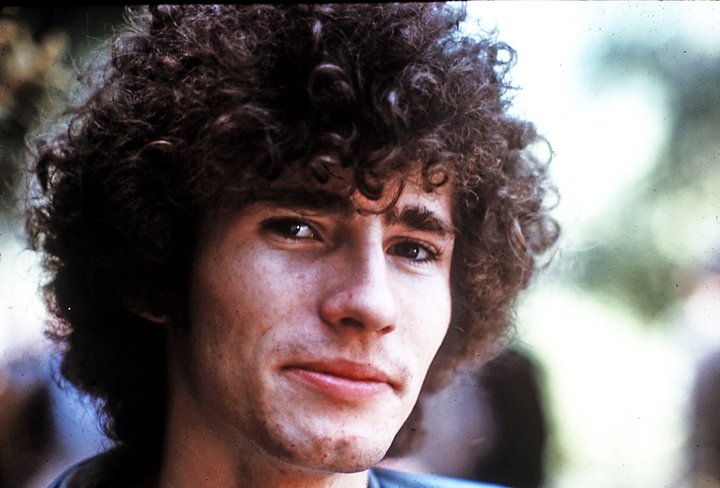 Tim Buckley was 19 when he recorded his self-titled debut album in August 1966 at Sunset Sound in Los Angeles. The record was cut in only three days and released a couple of months later, in October. Buckley’s road to fame was unusual: he had been spotted by The Mothers Of Invention’s drummer Jimmy Black while playing a gig at The Trip on Sunset Strip, and Black suggested that the band’s manager, Herb Cohen, take a look at the teenage singer-songwriter from Washington, DC. Cohen was also impressed and sent a demo tape of Buckley to Jac Holzman, then president of Elektra Records. Holzman was sufficiently interested to arrange to see Buckley perform at Night Owl Cafe in New York City’s Greenwich Village.

“He was exactly the kind of artist we wanted”

“I must have listened to the demo every day for a week,” Holzman recalled. “Whenever anything was bringing me down I’d run for the Buckley; it was a restorative. We spent a long late afternoon together and I explained to Tim that Elektra was growing in a new creative direction and that he was exactly the kind of artist with whom we wanted to grow, young and in the process of developing, extraordinarily and uniquely talented, and so ‘untyped’ that there existed no formula or pattern to which anyone could be committed.”

Tim Buckley’s self-titled debut album, which contained 12 songs – seven of which were written with his high-school friend and future poet Larry Beckett – included sleevenotes that played up the youngster’s freshness in the descriptions. “Tim Buckley – an incredibly thin wire, just 19 years old, is already a kind of quintessence of nouvelle, the sensitivity apparent in the very fineness of his features. The man is a study in fragile contrasts: yet everything is in key, precise. His songs are exquisitely controlled: quiet, complex mosaics of powerful electric sound, they hold the magic of Japanese water colors. The voice – crisp, full of strength and character – can soar, yet remain tender and delicate.”

Holzman and his fellow co-producer, Paul A Rothchild, assembled a top-class band to bring out the best from Buckley’s deep tenor voice. The musicians at Sunset Sound included Lee Underwood on lead guitar, Jim Fielder on bass guitar, Van Dyke Parks on piano, celesta and harpsichord, and Billy Mundi on drums and percussion. Jack Nitzsche was responsible for the lavish, poignant string arrangements.

The album is notable for the sophistication of its lyrics, especially the songs written in collaboration with Beckett. On the opening track, I Can’t See You, for example, the pair use familiar terms such as “Trick or treat” and “the Halloween world” as metaphors. Their joint
composition Song Of The Magician is a terrific slow ethereal ballad, with Underwood’s guitar work and Nitzsche’s string arrangements adding to its memorable atmosphere. Buckley had developed his own sensitive rhythmic guitar style despite having broken his left-hand fingers while playing quarterback in a football game at Buena Vista High School.

Though there was lots of romance in the lyrics of songs such as Strange Street Affair Under Blue and Valentine Melody, the release of Tim Buckley’s debut album came at a difficult time emotionally for the singer. In October 1966, he divorced his first wife, Mary Guibert, after just a year of marriage. At the time, she was pregnant with their son, Scott (who later took the name Jeff Buckley and became an acclaimed musician in his own right before his tragically young death, aged 30).

Tim Buckley’s self-titled debut is an accessible album, full of baroque, psychedelic sounds, and some of the songs Buckley wrote on his own – including Understand Your Man, Aren’t You the Girl?, Song for Jainie and the two-minute It Happens Every Time – show a talented young musician who is not only finding his feet but also offering evidence of the promise of future greatness.

In December 1966 Elektra released Buckley’s composition Wings as the lead single from the album (with the Buckley-Beckett song Grief In My Soul as the B-side) before the musician capped off a groundbreaking year with a week of gigs at the Balloon Farm in New York, opening – fittingly – for The Mothers Of Invention.

Check out our best Tim Buckley songs to see how many of Tim Buckley’s debut album tracks made the cut.