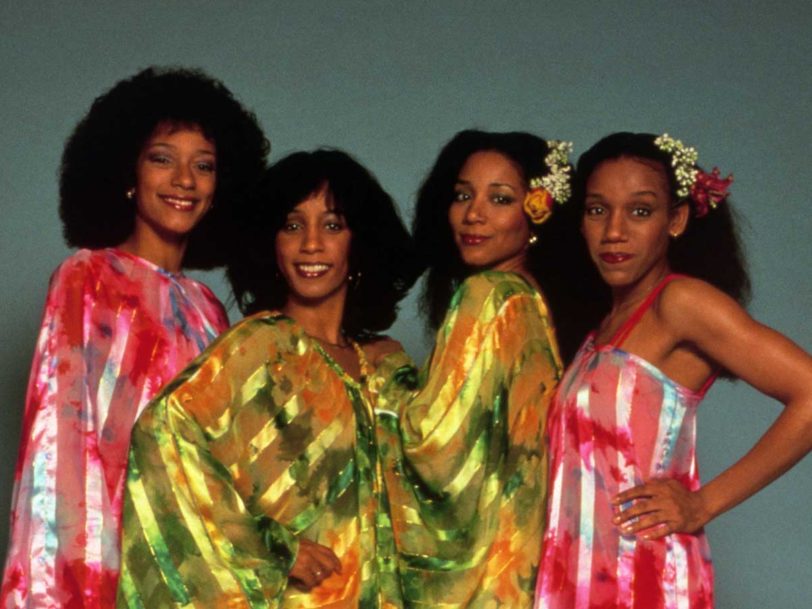 We Are Family: How Sister Sledge Made A Home For LGBTQ+ Individuals

With a sprinkle of Chic magic, Sister Sledge’s We Are Family became a smash disco anthem of inclusivity that spoke to marginalised people.

Formed in 1971, vocal group Sister Sledge became synonymous with feel-good disco music, thanks in no small part to their US Dance Club Songs No.1 hit We Are Family. Leaving a legacy that has become so much more than musical, the song – and the real-life siblings that recorded it – has taken on a huge cultural significance for marginalised communities around the globe, and, 38 years on from its 1979 release, was deemed “culturally, historically, or artistically significant” enough to be preserved in the Library Of Congress’ National Recording Registry.

“Our grandmother had trained us”

Before finding fame as the dynamic, Grammy-winning four-piece, the Sledge sisters – Debbie, Joni, Kim and Kathy – were born in Philadelphia, Pennsylvania, to Florez Williams, an actress who played a pivotal role in the group’s early development, and Edwin Sledge, a Broadway tap dancer. Their maternal grandmother, Viola Williams, who had been a lyric soprano opera singer as well as a civil-rights activist under the guidance of the early-20th-century educator and philanthropisy Mary McLeod Bethune, gave the girls vocal lessons and encouraged them to sing at Williams Temple Christian Methodist Episcopal Church, the family’s local church.

After making a name for themselves performing at various charitable and political events (they were billed as “Mrs Williams’ Grandchildren”), the girls needed a manager. Their mother took on the role and led the group – newly rechristened Sister Sledge – on a tour of the US East Coast in support of their first single, Time Will Tell, released in 1971 on the independent Money Back label. But it was 1974’s Love Don’t You Go Through No Changes On Me, released as the group’s third single after they signed to the Atlantic Records subsidiary ATCO, that got them on the charts, taking them into the lower reaches of the US Hot 100 while hitting No.31 on the R&B chart.

After continued relative success, including performances at Tokyo Music Festival and Zaire 74, Sister Sledge released their first album, Circle Of Love, in 1975. Received well in Europe, it encouraged the group to record their follow-up album, 1977’s Together, in Germany. But with neither album breaking the group internationally, Atlantic hooked Sister Sledge up with Nile Rodgers and Bernard Edwards, then ruling the airwaves with Chic, whose second album, C’est Chic, released in August 1978, would soon go Top 5 on both sides of the Atlantic, gifting the world the US No.1 hit Le Freak in the process.

“We were disciplined. Chic were the opposite”

The pairing initially faced some challenges. “Our grandmother had trained us and she was a classical artist, an opera singer, so we were very disciplined,” Debbie Sledge told The Guardian in 2016, adding, “And the way Chic worked was the opposite.” Sister Sledge were used to entering the studio to record fully formed ideas, while Rodgers and Edwards came to sessions with broad concepts they would work up into finished songs. As Edwards and Debbie clashed over the group’s creative and musical direction – both were “musical geniuses when it came to harmony, chording, things like that”, said Joni Sledge – Rodgers found himself taking on the role of mediator.

Regardless of the tensions, the collaboration resulted in an era-defining queer club classic whose inclusivity helped it become, as Craig Werner, author of A Change Is Gonna Come: Music, Race And The Soul Of America, put it, the “ultimate disco manifesto”. Released in April 1979 and combining the tight rhythmic elements that would typify Chic’s R&B-infused disco-funk sound with the soulful, crisp yet free-flowing vocals of Sister Sledge, We Are Family peaked at No.8 in the UK, soared to No.2 in the US mainstream charts, and encapsulated everything disco music stood for: diversity, acceptance and freedom of expression.

As a song sung by sisters, with lyrics such as “Here’s what we call our golden rule/Have faith in all you do”, We Are Family represented community and kinship for everyone, regardless of how they may be judged. Immediately speaking to marginalised groups, it was almost impossible for the song not to have a significant cultural impact. One of the main struggles for LGBTQ+ individuals is with the fear of ostracism and alienation from family members – the very people who you should be able to depend on, no matter what. But far too many members of the community have found their familial connections severed as a result of their sexuality.

For many LGBTQ+ individuals in the 70s and 80s, disco music helped give “family” a different meaning, offering freedom from the emotional weight of familial alienation while providing an environment where everyone belonged, no matter who they were. The message behind Sister Sledge’s song is undeniable: family is important, but it was no longer a privilege to those who fit the mould in the typical blood-relative way. “Family” was what it meant to be free together, to be able to express your true self without judgement or abuse. And We Are Family gave the marginalised a chance to speak – to sing and to scream – and to exist without discrimination.

We Are Family features on Pride 2021, a new compilation album pressed onto rose-coloured vinyl, combining queer club classics and New Age anthems. £1 from each sale will be donated to Stonewall in support of their work towards LGBTQ+ equality. Buy it here. 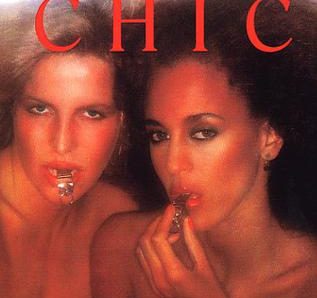