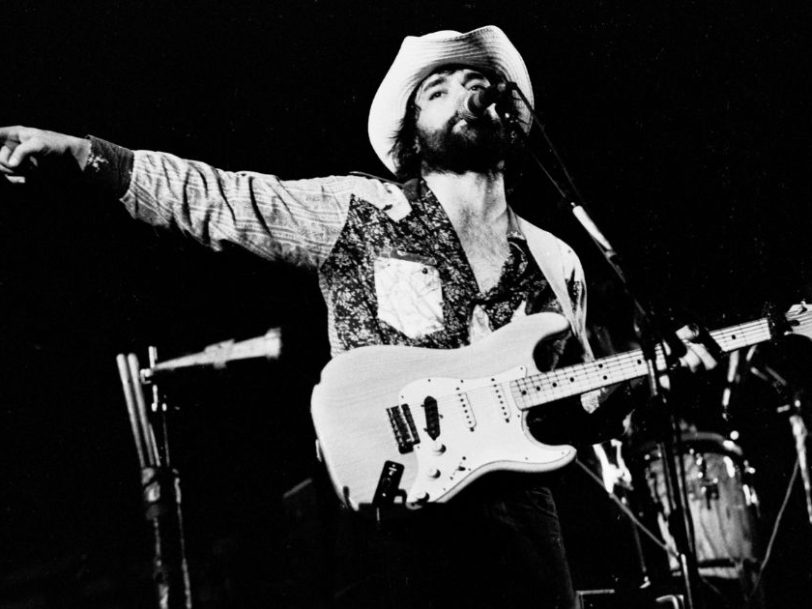 Formed in 1969 by lead vocalist and guitarist Lowell George and keyboardist Bill Payne, Little Feat fashioned a blend of Southern rock, funk and country music, combined with George’s often surreal lyrics and idiosyncratic approach to song arrangement, which won them a dedicated fanbase. George died aged 34, in 1978, but the band forged on and remain a live draw to this day. These ten best Little Feat songs helped build the legacy the band maintains.

An early example of Lowell George’s way with a soul-baring country-soul ballad, from Little Feat’s self-titled 1971 debut album. George sings I’ve Been The One straight and true, putting himself in the place of the heartbroken narrator – he’s tried shooting pool, he’s drowned his sorrows with whiskey, and nothing eases the pain. “It must be dust or smoke that’s in my eyes,” he sings, too tough to admit to tears.

By the time Little Feat convened to record their 1977 album, Time Loves A Hero, George wasn’t in great physical shape and he felt increasingly disconnected from the jazz-rock direction in which the band were heading. Still, the resulting album had its share of great moments, as the group became a more collective enterprise. The title track remains a highlight among the best Little Feat songs: a laidback funk tune written by Paul Barrere, Kenny Gradney and Bill Payne that earned some well-deserved radio play.

A cover version of a song that first appeared on the 1972 album by kindred spirit Allen Toussaint, Life, Love And Faith. Little Feat’s take on the New Orleans composer’s song flows more freely than the original, with a raw and meandering guitar solo and gospel-infused backing vocals adding a distinctive feel.

The opening track of 1974’s Feats Don’t Fail Me Now, Rock And Roll Doctor is typical of George’s atypical approach to rhythm, which creates a lurching and irresistible kind of boogie. Guitarist Paul Barrere explained to American Songwriter how the track came about: “Lowell used to do this thing with cassette tapes where he would take the tape and cut and splice it together, not knowing what was going to happen. [On Rock And Roll Doctor] there was like a couple of measures that were three and a half beats instead of four beats and he would hand the tape to Billy [Payne] and say, ‘Normalise this.’ I think within the framework of the verse there’s a 6/4 measure, which is probably why we didn’t get a whole lot of airplay on jukeboxes. If people try to dance to it, it’s like they’re on the wrong foot!”

An imaginative and suggestive lyric, a scintillating performance, stop-start rhythms straight from New Orleans – in many ways, Dixie Chicken’s Fat Man In The Bathtub is the quintessential Lowell George rocker. By the time it was recorded, Little Feat’s shifting line-up had stabilised, and the benefit of the crackerjack band’s intuitive playing can be felt here.

The title track of Little Feat’s second album is an infectious midtempo number that showcases George’s fabulous slide guitar playing. Ted Templeman, the producer of Sailin’ Shoes, later reflected on how the song emphasised George’s talent for unusual ideas: “On Sailin’ Shoes, he played the brushes [on the snare drum]. It’s not with the groove at all… I was telling him, and he said, ‘No, I want it this way.’” The result became a shoo-in among the best Little Feat songs.

The exquisite Roll Um Easy is a moment of calm reflection from George: a soulful lament on love and a life well lived, sung from the perspective of a traveller. The backing is spare – just a harmony from Three Dog Night’s Danny Hutton, acoustic guitar and George’s slide. Hutton later revealed how he came to sing on the song: “I just came back from touring, and my voice was really kind of burned out. Lowell was in the studio all by himself, and he said, ‘C’mon man, let’s try a harmony.’ And that was it, one take. I sound like a rough old man on that track.” We wouldn’t have it any other way.

Though George hailed from Southern California, he had an instinctive feel for swampy Southern funk, and it rarely felt as low down and dirty as is does here. Easily one of the best Little Feat songs, Spanish Moon is a cautionary tale about a fictional den of inequity – a place where “a dark-eyed girl sang and played the guitar”, with George warning that the siren’s call can lead to devastation (“You can lose it all down at the Spanish Moon”). The only song that long-time Feat supporter Van Dyke Parks produced for the group, Spanish Moon’s atmosphere captures the seedy temptations that lurk within the club. The Tower Of Power horn section added yet another layer of raunch for good measure.

A gumbo-thick groove worthy of The Meters, with honky tonk piano and passionate backing vocals from Bonnie Raitt, the title track of Little Feat’s third album, Dixie Chicken, has it all. George co-wrote the song with Martin Kibbee, a bandmate from his pre-Little Feat days, and legend has it that Kibbee wrote the lyric after driving past a sign advertising “Dixie Chicken” fast food. Keeping with the theme, George dressed in a chicken suit and delivered fried chicken to radio stations to promote the song.

Though Willin’ first appeared on Little Feat’s self-titled debut album, it’s the slightly slowed down version on Sailin’ Shoes that tops our list of the best Little Feat songs. The group’s signature tune, Willin’ allegedly convinced Lowell George to leave Frank Zappa’s Mothers Of Invention in order to form his own band. The song is about a truck driver in the US Southwest who makes extra cash smuggling cigarettes and transporting immigrants across the border from Mexico. If you give him “weed, whites and wine” he’s willin’ to do the job. George’s performance is moving and relatable, making Willin’ an outsider anthem for the ages.