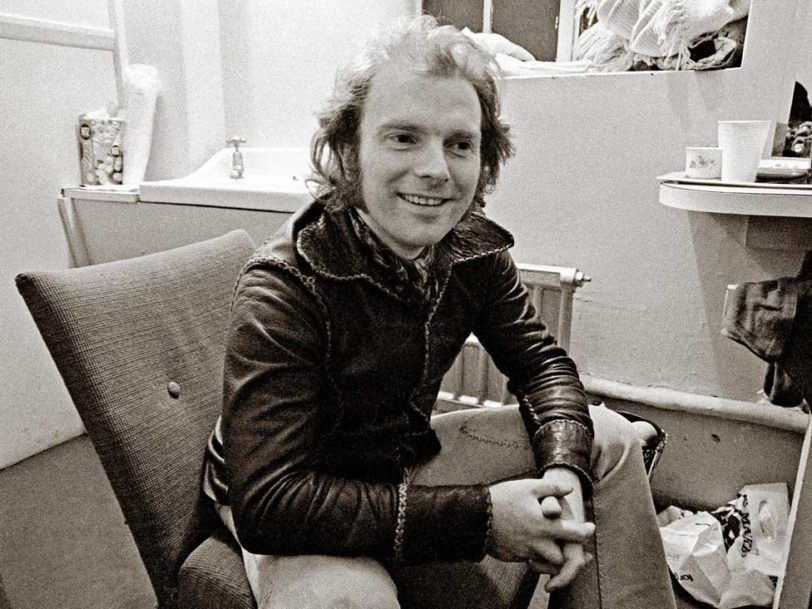 His Band And The Street Choir: How Van Morrison Found A New Voice

With ‘His Band And The Street Choir’, Van Morrison recorded a classic album built on funky radio hits with “a positive vibe”.

After the success of Astral Weeks and Moondance, Van Morrison initially wanted his third album for Warner Bros, His Band And The Street Choir, to be a vocal album. “It was originally a concept to do an a cappella album. Street Choir was to be an a cappella group and I wanted these certain guys to form a group so I could cut a lot of a cappella with just maybe one guitar,” Morrison later told biographer Ritchie Yorke. “But it didn’t turn out; it all got weird.”

Listen to His Band And The Street Choir

“He had designs on getting played on radio”

In the end, His Band And The Street Choir, released on 15 November 1970, contained plenty of sizzling brass sounds – with Morrison himself playing tenor saxophone on the tracks Crazy Face and Call Me Up in Dreamland – in an album full of funky, radio-friendly singles. Guitarist John Platania said that when they finally got down to recording the album at A&R Recording Studios, in New York City, in the spring and summer of 1970, Morrison “had designs on getting stuff played on radio”.

The album’s biggest hit single was the opening track, Domino, a potent mix of R&B and funk that is, in part, a tribute to Fats Domino. “Hey Mr DJ/I just want to hear some rhythm and blues music/On the radio” sings Morrison on a song that gained plenty of airplay, and which earned the Belfast-born musician a Top 10 hit in the US. The bass, drums and horns meld brilliantly on Domino and it quickly became a song Morrison would regularly perform live. On the single, he even starts one chorus by shouting words “Dig it!”

“A positive vibe around that record”

One of the key musicians on the album was drummer Dahaud Elias Shaar, who went on to become an essential member of Morrison’s Caledonia Soul Orchestra backing band. Shaar, who also sang backing vocals and played bass clarinet on His Band And The Street Choir, remembered “a positive vibe around that whole record”.

Few songs in Morrison’s career are as upbeat as Virgo Clowns, with its encouragement to “let your laughter fill the room”. The song was inspired by the memory of Morrison playing with his young daughter Shana. “We’ve become so serious, we get too heavy about what everything means,” Morrison told Melody Maker. “I was sitting one day feeling very heavy, and my daughter came up to me and started cracking up. And then I started cracking up when I realised it. I’m sitting here thinking that it’s all too serious and it’s not.”

Though Give Me A Kiss was a rather formulaic love song, the inventive I’ll Be Your Lover Too was sung with soulful intensity. You can hear Morrison ask “How’s that?” at the end of the tender love song. Crazy Face is about a man who pulls out a gun and announces, “I got it from Jesse James” – an appropriate song for Morrison, given that he had recently been nicknamed The Belfast Cowboy by The Band’s Robbie Robertson.

“The singalong of the year”

The splendidly infectious rocker I’ve Been Working was an out-take from Moondance, while Morrison sings some splendid falsetto on Gypsy Queen. When Jon Landau reviewed the album for Rolling Stone in February 1971 he was particularly impressed by “the powerful” Call Me Up in Dreamland, which he described as “the singalong of the year”.

Landau also hailed the closing track, Street Choir, as one of the singer’s “two or three finest songs”. The plaintive chorus (“Why did you leave America?/Why did you let me down?”) was sung by The Street Choir, who comprised Shaar, Andy Robinson, Larry Goldsmith, Ellen Schroer (wife of the album’s saxophonist, Jack Schroer), Martha Velez (wife of trumpeter Keith Johnson) and Morrison’s then wife, Janet Planet.

“Find a place for the songs in your life”

Planet, who divorced Morrison a couple of years later, was living in Woodstock with the singer at the time the album was made, and she is the subject of the love song Sweet Jannie. Planet designed the His Band And The Street Choir album cover and wrote the original sleevenotes, on which she gushed: “This is the album that you must sing with, dance to, you must find a place for the songs somewhere in your life. They belong to you now, dear listener, especially for you.”

Morrison has sometimes expressed dissatisfaction over an album that he said he “cranked out”, but His Band And The Street Choir retains a real charm and features several Morrison classics, especially Domino and I’ve Been Working. One of the overlooked gems is the religious If I Ever Needed Someone, which features a stunning trio of backing singers. Morrison specially hired gospel stars Judy Clay and Jackie Verdell along with Emily “Cissy” Houston – the mother of Whitney Houston who, in her own right, won Grammys as a solo artist after having worked with Elvis Presley and Aretha Franklin – and they provided superb support for his heartfelt singing.

Find out where Van Morrisom ranks among our best Irish musicians of all time.