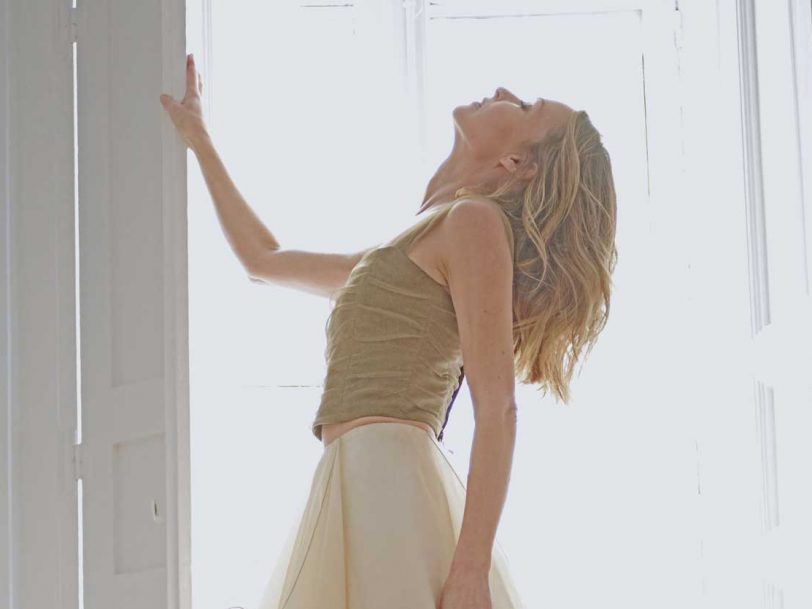 Eight years after the release of Sharon Corr’s 2013 album, The Same Sun, its follow-up, The Fool And The Scorpion, enters a world in desperate need of a new dawn. On a global level, socio-political unrest, the COVID-19 pandemic and the ever-widening gap between the haves and have-nots has proven that, while everyone may live under the same sun, individual circumstances differ wildly. For Corr, who began writing the album in 2015, those circumstances have included grieving the death of her father and weathering the breakup of her marriage – two events among the “many themes” she has woven into a deeply personal work which, she tells Dig!, leaves space for “people to put themselves into it”.

“The writing process is like a river through time. And every song has its own place in its own moment. I don’t want to go, ‘Blah, blah, blah,’ this happened to me, so I wrote that,” Corr adds. “Obviously the themes are autobiographical, but there’s a lot more to life than one experience… The reward is to feel that you’re following your true path. And when I started writing this album, that was the primary thing on my mind: to really get into who I was, who I am, who I’m becoming. Because I have gone through a lot. I’ve learned how to appreciate it more and, at this stage in my life, I feel the world is my oyster.”

“It was a supernatural process”

Corr’s embrace of opportunities spurred the songwriting sessions for what, over a period of half a decade, ultimately became The Fool And The Scorpion. The singer, who found fame in the late 90s as one of the four siblings who made up the Irish pop-folk group The Corrs, and who now lives in Madrid, Spain, remained near her piano “all day long” to capture the outpouring of songs she found herself writing.

“Everything was in free-flow,” she explains. “There were no parameters for verse-link-chorus. Some songs would have two verses and a chorus, then an instrumental. It was a supernatural process where I was finding out a lot of things about myself, was very open to just being myself and allowing myself, as a woman, to express whatever I felt like.”

What came out was an array of songs “going from anger, love, loss, down to total joy, romance, crazy, bananas”, Corr says. “It was just a thorough expression of myself, and I was not holding back.”

Some of the new songs, such as Running On Rooftops, reflected on moments of abandon she experienced while touring with her siblings. “It’s a complete piss-take of myself,” Corr says. “It’s like days on the road when you may have had a hangover – wink-wink, nudge-nudge – but it’s me laughing, because some of the early days in The Corrs, we certainly had a bit of fun… You’d wake up in the morning and go, ‘Did a meteor strike the Earth? Because the tectonic plates are actually shifting in my head. Get me a gurney. Where’s my meds?’” Other songs, such as The Fool And The Scorpion’s title track, were, Corr allows, “possibly inspired” by the dissolution of her marriage. All, however, found her tapping into “the source”: Joni Mitchell whose ex-husband Larry Klein, producer of much of Mitchell’s work from the 80s onwards, also helmed The Fool And The Scorpion’s recording sessions.

“This is like a series of meant-to-bes,” Corr says of her collaboration with Klein. “I’ve been listening to Joni my whole life. She is my greatest hero as a songwriter because she expressed such intensity and truth… And she’s an incredibly brave woman to have been at the top of her industry in that era, but also talking more truth than anybody on the planet. People were making nice songs, meaty songs, but she was talking about stuff you never mentioned” – as, Corr notes, on the song Little Green, from Mitchell’s game-changing 1971 album, Blue. In putting into song her feelings about giving her daughter up for adoption, Corr says, Mitchell “didn’t break taboos just to break them. She just expressed herself.”

Serendipity brought Corr and Klein together. After discovering he had produced Melody Gardot’s album My One And Only Thrill, Corr sent him three piano demos recorded on her iPhone. “I believe in sending songs that way because they’re not touched and they’re in their raw space, which means you can see there’s a whole way you can go. If you over-programme before you go into something, you limit it,” she says.

Klein saw exactly where the songs could go, and told Corr, simply: “Love this. I want to work with you.”

Describing the recording sessions as “a joyous experience”, Corr found Klein the perfect creative foil. “I’m at a stage where I really know what I want. And instinctively, music-wise, if I work off that, it usually is the right thing.

“Larry was probably the closest to where I would feel most natural and comfortable,” Corr adds. “A lot of the great producers think of the songs from the psychological spaces they inhabit: who really is the person they’re producing? And what are they trying to say? And he tried to complement that through the production.” If Corr was unsure of where to go with a track, Klein would offer gentle guidance. If she made a mistake, he’d find a use for it. “He’d go, ‘That rocks – keep that.’ I love that. You make a mistake and it’s the best part of the song.”

“We got a kick out of how nasty something could sound”

Recording with guitarist Tim Pierce and drummer Victor Indrizzo, with Klein handling bass duties, Corr responded to the producer’s suggestion to “Give me the feeling” by giving the musicians visual cues for their parts. “I really loved that process, because I used to make them laugh,” she says.

With a loping beat underpinning Corr’s tales of abandon, the singer framed Running On Rooftops as, “I’m Penelope Pitstop tied to the train line, and the Ant Hill Mob need to rescue me.” To guide the troupe from Lend Me Your Shoulder’s fragile piano-led verses – “Lend me your shoulder/Just for a moment/Let me be whole again” – to its glistening instrumental bridge, Corr told them, “This is like outerspace. It’s two souls lost to the ether. And the stars in the sky are the children. Just think Pink Floyd and go off on one – it’s not a landscape, it’s a spacescape.”

Corr also played with the way she wanted instruments to sound: back-bowing the cymbals in order to create an effect “like there’s been a collision in outer space, and it’s metals rubbing against each other. We were creating sounds like that, laughing the whole way through and getting a real kick out of how nasty something could sound,” she says

“It was the most intense therapy session I ever got”

At opposite ends of the spectrum sit My Beautiful and The Fool And The Scorpion’s title track. Arguably the most Joni Mitchell-influenced song on the album, My Beautiful moves with Hejira-like grace as Corr unfolds a sensual narrative on top of an undulating soundscape. “Joni did a lot of what I would call run-on lines,” Corr says. “When you get to My Beautiful, it’s totally hypnotic. The chords are the same chords, but for one, the whole way through. So it’s a three-chord song, but the beauty of that is comfort, because the vocal can go anywhere it wants to go. It flows like life. Because every time we turn a corner, or we have a conversation, it goes somewhere we don’t expect. And I think music should have to be that.”

A different kind of flow resulted in The Fool And The Scorpion – a song which Corr described to her cohorts as “kind of like a Tim Burton movie meets The Wizard Of Oz. The house is spinning in the tornado and the people I love are in the tornado. And the dark characters are these sticks – horrible people.”

Written while Corr was stuck on the tarmac at Madrid Airport, sitting in a grounded plane while a large thunderstorm passed overhead, the song “poured out of me. I didn’t know what was coming,” she says.

“That was probably the most intense feeling I’ve ever had in my life: extreme, definitely going through something incredibly difficult to deal with,” Corr reflects. “I was, I suppose, extremely upset. And upset can be rage, but the other side of rage is deep upset – absolute tears.” Corr says she was in a state of “very pure flow” when she wrote the lyrics into her phone (“It was the most intense therapy session I ever got, and I got it from myself”). But though the song seems to promise revenge for a past transgression – “You’ll get your just desserts/Served cold on the grave of my tenderness/… The fool and the scorpion/May you choke on the tears of a mother’s love” – Corr demurs: “I’m not a vengeful person. But I would definitely at this point in my life be: don’t make the mistake of thinking, She looks pretty and she’s small and she doesn’t have bite. Because I have got teeth.”

“I’m representing myself much more now”

Though The Fool And The Scorpion came from a deeply traumatic experience, Corr “wouldn’t change any of it, because it’s really developed my songwriting”. Now at a remove from the events that inspired the song, she has found it taking on new meanings. “When I play it on stage, I see it from another perspective,” says Corr, who, after a two-year break partly enforced by COVID-19, returned to live performance in July 2021. Describing the experience as “just like a bungee jump: what does it feel like to fear and do it anyway?”, Corr staged a six-night run at Sala Clamores, an intimate jazz club in Madrid, where she debuted new songs alongside old favourites and surprises such as a cover of The Beatles’ Blackbird.

“I created an arc in the show,” Corr says of the setlist. “And I also played piano pretty much the whole way through. That was a lovely thing because that’s how I write. I’m representing myself much more now than I did before.”

It’s a fitting reflection of where Corr finds herself as an artist: unburdened by expectation, and willing to follow her creative impulses, wherever they lead. “I’m pretty good with change,” she asserts. “I am very good at creating change, making change and adapting to change. I just see it all as something to learn from.”

Perhaps most importantly, the changes that led to The Fool And The Scorpion have allowed Corr to learn about herself. “Very often, you don’t even know you’re thinking something until you see it on the page, or hear it back,” she says.

“When you listen to music, or you read great literature, you identify. You feel less alone. What I would really love is if this album can be nourishment for the soul. That if somebody puts themselves into a song and interprets it a different way, it helps them in their life. They feel in some way a certain liberation through listening to it… We don’t all have lives that we want, but we’re not put on this planet to conform and go, ‘OK, this is what’s considered normal.’ We need to spend some time recognising that ‘normal’ keeps changing. And that ‘normal’ is abnormal. The imperfect is perfect. So we’re all perfectly imperfect.”

Pre-order ‘The Fool And The Scorpion’ here. 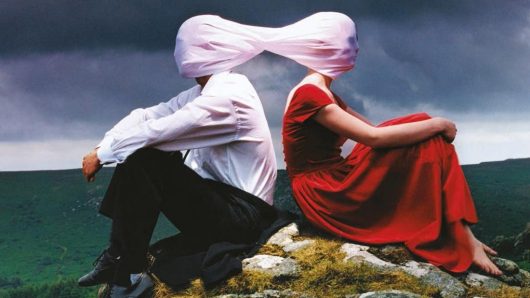 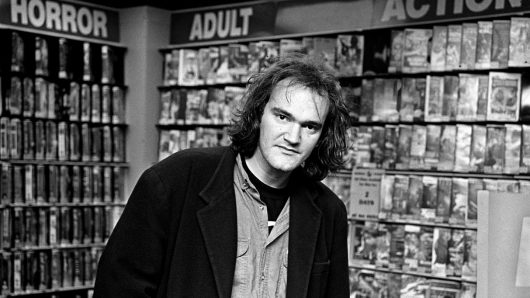