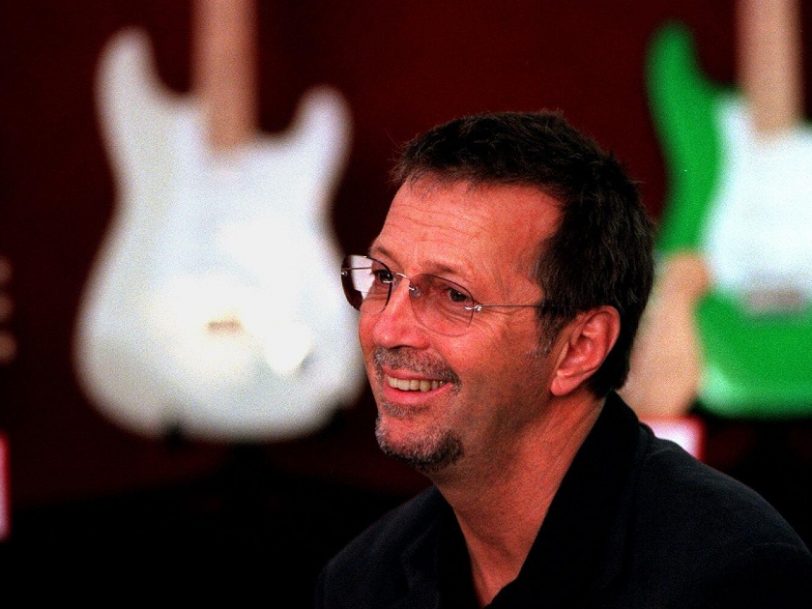 Tears In Heaven: The Story Behind Eric Clapton’s Most Emotional Song

Borne out of a deep personal tragedy, Tears In Heaven remains the most personal song that Eric Clapton ever wrote.

Eric Clapton’s 1992 hit Tears In Heaven was borne out of unbearably sad circumstances. The song is a tribute to love’s lasting powers and a lament for the death of Clapton’s four-year-old son, Conor, who died on 20 March 1991 when he accidentally slipped from the 53rd-floor window of a New York City apartment building.

“It was so painfully personal”

Clapton, who was elsewhere in New York when the tragedy happened, had the horrific task of making the identification at Lennox Hill Hospital’s mortuary. “I remember looking at his beautiful face in repose and thinking, This isn’t my son. It looks a bit like him, but he’s gone,” the former Cream star said later. The world-famous guitarist and his Italian actress girlfriend, Lory Del Santo, flew their son’s body back to England to be buried at Clapton’s hometown church, St Mary Magdalen, in Ripley, Surrey. The mourners included Phil Collins. Prince Charles sent a letter of condolence.

Though Clapton was unable to focus on music for some time, he eventually started strumming on a small Spanish guitar to ease his pain. As he thought about his son, the melody of Jimmy Cliff’s Many Rivers To Cross was floating around his mind.

The melody came back to him when US director Lili Fini Zanuck offered him the chance to write a song for an action film called Rush, which starred Jennifer Jason Leigh and Jason Patric as undercover narcotic cops. Clapton played Zanuck a few chords of the melody that had stuck in his mind. “What I heard was Eric sitting in his hotel room and saying, ‘If you don’t like this, I’ve got plenty more,’” Zanuck later told Newsweek. “Then he began playing Tears In Heaven… it was so painfully personal, so obviously about the son that he’d lost, I wondered if it would work in the movie.”

At the time Clapton had written only one initial verse (“Would you hold my hand/If I Saw you in Heaven?”), and he asked Will Jennings to write additional verses and a bridge. Jennings, who feared that the song was “too maudlin” to be a hit, was a skilled movie wordsmith, having already written the lyrics for Up Where We Belong, from An Officer And A Gentleman, and My Heart Will Go On, from Titanic. He eventually agreed to complete the song.

“I used music for myself as a healing agent”

Released as a single on 8 January 1992, a week ahead of the Rush soundtrack release, Tears In Heaven went to No.2 on the Billboard Hot 100. By the end of that year, it had sold more than three million copies in the US alone.

The popularity of the song was sealed when it was given a memorable premier by Clapton, ten months after his son’s death, for an MTV Unplugged concert. The guitarist, performing in glasses before a small audience at Bray Studios, in Berkshire, poured all his sadness into the song as he recorded a haunting acoustic version. The resulting MTV Unplugged album went on to sell 26 million copies worldwide and won three Grammy awards.

Tears In Heaven remains the most personal song in Clapton’s repertoire – and one that still has the power to move. In an interview with ABC television presenter Daphne Barak, Clapton reflected on what the song meant to him, adding, “I almost subconsciously used music for myself as a healing agent, and lo and behold, it worked… I have got a great deal of happiness and a great deal of healing from music.”

Find out how Eric Clapton poured his heart into his music on the classic album ‘Layla And Other Assorted Love Songs’.