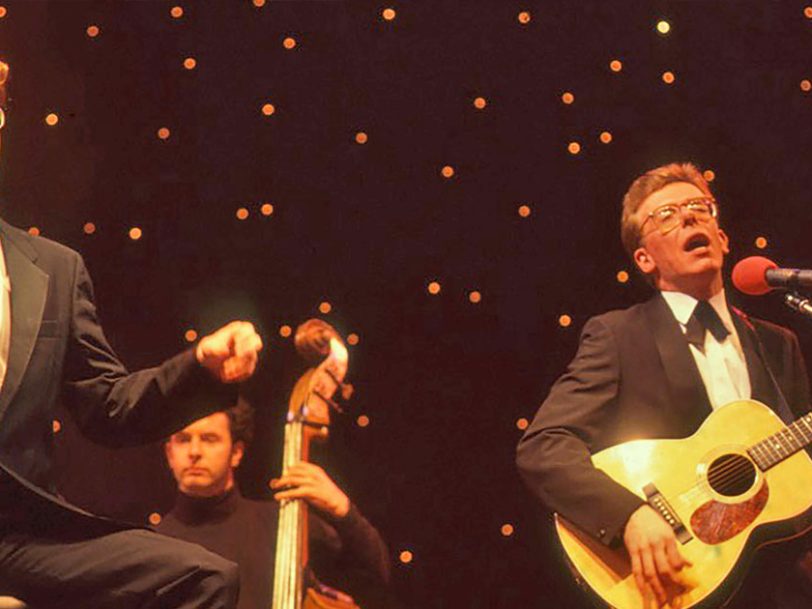 ‘Sunshine On Leith’: Behind The Proclaimers’ Dazzling Second Album

Containing their signature hit, I’m Gonna Be (500 Miles), ‘Sunshine On Leith’ is The Proclaimers’ defining album.

The Proclaimers scored a minor hit with their 1987 debut album, This Is The Story, but they burrowed far deeper into the public consciousness when fellow Scot Gerry Rafferty[https://www.thisisdig.com/feature/best-gerry-rafferty-songs/] helped them produce a new version of its centrepiece song, Letter From America. Upgrading the original’s sparse arrangement with a full band, the new recording had enough radio-friendly clout to soar to No.3, and its success gave The Proclaimers a head start when it came to recording their second album, Sunshine On Leith.

Listen to ‘Sunshine On Leith’ here.

“That’s when you know you have got something. Your own people sing your own song”

For their second album, Proclaimers singer Craig Reid and his guitarist/vocalist twin brother, Charlie, offered the producer’s chair to Pete Wingfield. Known to many for his 1975 solo hit, Eighteen With A Bullet, Wingfield was also a renowned session musician and producer, with a CV that boasted work with everyone from Nazareth to The Zombies’ Colin Blunstone. Yet it was his soul music pedigree – and one particular production credit – which landed him the gig with The Proclaimers.

“He’s definitely the best piano player in Britain,” Craig told The Washington Post in 1994. “Also the fact that he produced a very important album to us, which is the first Dexys Midnight Runners album [Searching For The Young Soul Rebels], that was a big influence.”

Dexys had already played a significant part in The Proclaimers’ story, as frontman Kevin Rowland had produced their first demo – a recording which led to the Scottish duo landing a slot opening for The Housemartins on tour in 1986 and scoring their recording contract with Chrysalis Records. Now, Dexys’ producer was tasked with sculpting the sound of Sunshine On Leith, a record which would need to withstand the weight of expectation following the success of Letter From America.

Wingfield’s brief was to preserve the duo’s acoustic integrity, yet produce a record with enough pizzazz to stake its claim on the charts at a time when the glossiest of pop records were holding sway. On paper, it seemed like a challenge at the very least.

To his credit, though, Wingfield resisted the option to swamp the record with the sonic trickery which characterised many of the best 80s albums. Instead, he hired seasoned players from the UK folk-rock scene, such as drummer Dave Mattacks and guitarist Gerry Conway, to make up The Proclaimers’ studio band, and he also helped to work up song arrangements which eschewed the latest trends while respecting the Reid brothers’ collective love of country, soul and early rock’n’roll music.

Sunshine On Leith’s brilliant opening track, I’m Gonna Be (500 Miles), immediately suggested that Wingfield’s approach was spot on. Though the song respected The Proclaimers’ gritty folk-rock roots (and made no attempt to water down their earthy Scottish vocal delivery), it also packed a contemporary punch and rapidly rose to No.11 in the charts, eventually going double-platinum in the UK

However, while the success of the gloriously infectious I’m Gonna Be (500 Miles) is a story in itself, it’s not the whole story of Sunshine On Leith. Indeed, the album contained a plethora of fantastic songs whose inherent quality rarely dipped. Some of its best tracks, not least What Do You Do and the potent Cap In Hand (“I can’t understand why we let someone else rule our land”) reflected the politics of the day and the Reid brothers’ Scottish nationalist leanings, but the album really took off when the duo homed in on affairs of the heart and the events that touched their everyday lives.

To this end, it proved impossible not to raise a glass to the roots-y drinkers’ ballad It’s Saturday Night or get swept along in the positivity exuded by the Buddy Holly-esque I’m On My Way. But if the listener somehow remained immune to plaintive love songs such as Then I Met You and Come On Nature, then they hadn’t a hope of getting through the album’s title track without welling up.

A Celtic-tinged ballad with truly heart-melting qualities, the song Sunshine On Leith remarkably just missed the UK Top 40 on release as the album’s second single, but it’s had quite an afterlife, with The Proclaimers’ beloved Edinburgh football team, Hibernians FC, adopting it as their unofficial anthem. To this day, the team’s loyal supporters belt it out at every opportune moment.

Paying tribute to the song in a 2017 BBC interview, playwright Stephen Greenhorn said: “The writing on it is so pared down it feels like a really intimate song about a specific feeling between two people, and yet it’s the best football song you’ll ever hear. Ten thousand people on the terraces can sing it and everybody is going to be in tears.”

“That’s when you know you have got something. Your own people sing your own song,” Charlie Reid added during the same interview. “Nobody’s forcing them to do it. They do it because they feel it. It’s very moving and it links you more to the club.”

The Proclaimers’ own fan club swelled considerably in August 1988, when the Sunshine On Leith album was first issued. It received a raft of great reviews (Rolling Stone declared it to be “a wonderfully guileless treasure of an album”) and did serious business, peaking at No.6 in the UK on its way to going platinum. Yet that result paled in comparison with its performance in Australia, where Sunshine On Leith went double-platinum and galvanised what the band retrospectively refer to as “Proclaimermania” down under.

“It was a bit nuts, a bit crazy,” Craig Reid recalled in a 2018 interview with Australian website The Music. “Australia back in ’89 was the biggest success we’ve ever had anywhere… It was getting screamed at, getting followed, getting mobbed in the street. It got a little uncomfortable, on a couple of occasions.”

Yet Sunshine On Leith still wasn’t done. Indeed, it’s lived on and influenced the course of The Proclaimers’ career ever since. In 1993, the album received a second wind, in North America, after I’m Gonna Be (500 Miles) was included in the soundtrack for the box office smash Benny & Joon, starring Johnny Depp and Mary Stuart Masterson. As a result, the reissued song peaked at No.3 on the Billboard Hot 100, and The Proclaimers played high-profile US gigs, including a show at New York City’s Madison Square Garden.

The album received a further boost in the 21st century, when it inspired playwright Stephen Greenhorn’s acclaimed 2007 stage musical – also titled Sunshine On Leith – which was based on The Proclaimers’ songs and was adapted for the big screen in 2013. Indeed, as career-defining albums go, Sunshine On Leith really is the gift that seemingly can’t stop giving. These days, The Proclaimers happily express their gratitude for what it’s done for them, though they’re also relieved that “Proclaimermania” died down after their brush with A-list celebrity.

“That level of intensity and scrutiny, that much recognition, I don’t think is really conducive to creativity. It isn’t something that I’d want to repeat,” Craig Reid reflected in 2018. “I’m glad we had a little bit of success like that, but only… for a certain amount of time.”

Find out where Sunshine On Leith ranks among our best football songs.