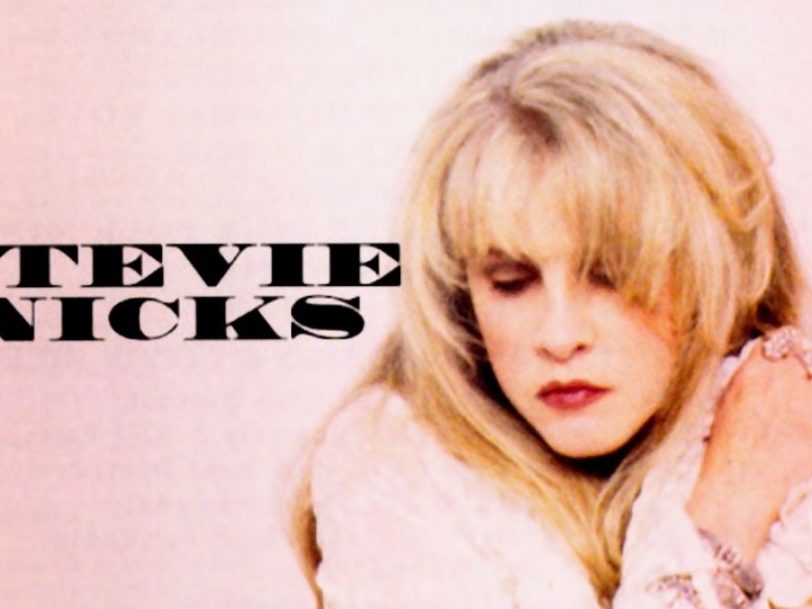 The title Street Angel reflects exactly the flawed, troubled, glistening story behind Stevie Nicks’ fifth album. Released in the summer of 1994, it is rarely talked about by Stevie fans, and even Nicks herself feels ambivalent about the record, emerging as it did at a particular low point in her life, and representing to her a lack of control – both of herself and of the recording process.

“I don’t have a problem stealing lyrics from myself”

Stevie Nicks left Fleetwood Mac in 1990. A variety of reasons have been cited for her departure, but one thing seems clear: her solo career up to that point had always been squeezed in around the needs of the group, and she felt that her own albums didn’t give her the satisfaction they might. “Having to go back and forth and back and forth between my career and Fleetwood Mac…” Nicks said in 1994. “This is the first time that I won’t have to go back and forth.”

But tempering Nicks’ new sense of freedom was confinement of another sort. As well as leaving Fleetwood Mac, she had also left behind her well-publicised cocaine use – and as part of her rehab, she began to take the prescription tranquilizer Klonopin, to which she became addicted. The sedative knocked out at least some of her creative hunger.

This might explain why much of Street Angel was the product of Nicks digging into her past, dusting off songs she had written in previous years – good songs that somehow had not fitted before now. “I never think that because a song isn’t working for me at a certain time that it will never get done,” Nicks has said. “I don’t have a problem going back and stealing lyrics from myself.”

Many of Street Angel’s songs were composed ten years before, or even earlier; If You Were My Love dates from the time of Nicks’ solo debut, 1981’s Bella Donna, and Rose Garden, featuring some of the album’s most poignant lyrics, is from the 70s. “I wrote [it] purely for myself on a guitar I got for my 16th birthday,” Nicks said of the song in 1994, explaining that it was a pure fantasy about love growing older and souring, leaving behind only possessions and echoes of happiness. Nicks has said she felt it was a premonition from her teenage self about some of the unhappiest and loneliest times to come in her own adulthood.

“This album is so different because we started out from guitar”

Rose Garden definitely found its home on Street Angel, as it was composed on guitar and reflects the central role of that instrument in the album. The multiple guitarists on Street Angel (sadly not Nicks herself) included Andy Fairweather Low and Eagles’ Bernie Leadon, who were more than simply guns for hire – they joined Nicks right from the album’s inception. “The three of us spent about eight weeks playing all the songs and the ones that made it on the album began to show themselves,” Nicks said. “It was almost like we were this little Kingston Trio… it was really great and that’s why this album is so different, because we started out from a guitar point of view as opposed to the piano.”

Some of the newer songs were still composed by Nicks alone at the piano. Street Angel’s title track is a narrative about a young homeless woman, but instead of delivering something in the usual tradition of rich rock stars wringing their hands over a social problem, Nicks dispenses with the paternalism. Her narrator resists a Prince Charming type “rescuing” her, preferring to stay with her community. There are also songs for notable people. Blue Denim – about former partner and bandmate Lindsey Buckingham – strongly captures the kind of love that flares so bright it slashes and burns all around, and it still stands today as one of the best Stevie Nicks songs. Jane is about the primatologist Jane Goodall (of Gorillas In The Mist fame), and was written just ten minutes after the two women met. And Greta is for Garbo, and Nicks’ admiration for the actress’ show of strength in walking away from fame.

Nicks also gets a little help on the album from Bob Dylan. She had long claimed to Dylan she wanted to cover Just Like A Woman, originally released on his 1966 album, Blonde On Blonde. “You hate it, right?” a nervous Nicks said, when she played an early version to him. But he didn’t. Instead, he played harmonica and guitar on it, blessing it as a fantastic cover version, exploring all the complexity of womanhood.

“If she got through it… maybe I can, too”

Technically, Nicks had frustrations with Street Angel. The original producer was Glyn Johns – a veteran of rock production, from The Who to Faces, Eric Clapton to Eagles. But Nicks found not only his technique, but his whole attitude, to be a problem. “I didn’t like it when he was there, and he knew it,” she said in 2014. “Basically he told me to… like, in no uncertain English, very rough terms, to shut up and deal with it.”

The vicissitudes of Klonopin addiction made Nicks erratic, too, and during mixing and mastering, she tried to conquer the drug with another stay in rehab. This meant key decisions on the final sound and tracklist of Street Angel were taken by the record company, not Nicks. But on leaving rehab and hearing an album she barely recognised as her own work, Nicks strode back into the studio, adding percussion, extra guitar, and remixing – undoing the production work she couldn’t abide.

She has since expressed regret that she didn’t also fix her vocals, but at the time she was exhausted, unhappy, and just wanted done with the thing. “This record should have been out a long time ago,” Nicks said at the time, weariness dripping from her. “It may be new for everybody else, but it’s really old for me.” Released on 7 June 1994, Street Angel made it to No.16 in the UK. Yet it was the dark before the dawn. Nicks’ latest stint in rehab worked, as she was free of tranquilizer addiction – and all other addictions, which had plagued her for over two decades. When she returned with her next studio album, 2001’s Trouble In Shangri-La, her mojo was definitely working again.

Street Angel now feels ripe for reappraisal. Despite all her misgivings and unhappiness with the album, Nicks knew that her fans would still find her within it. She said, at the time of the album’s release, that she’d like people to hear the lyrics and then think, “Well, if she’s got through it and she survived… maybe I can too.”