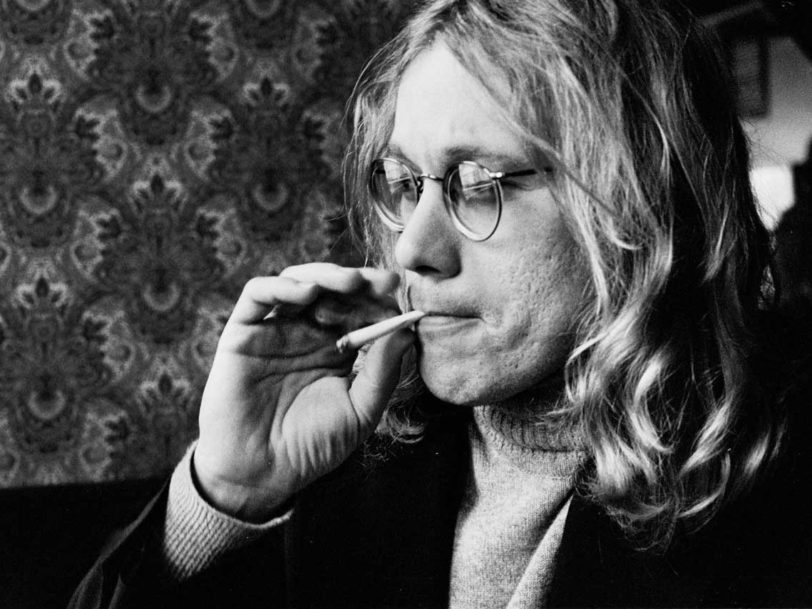 Warren Zevon’s Stand In The Fire, recorded over a five-night period at the Roxy Theatre in West Hollywood in August 1980, is not only one of Zevon’s best albums, it is also one of the most affecting live albums of the decade.

After more than ten years of drink and drugs excesses, the newly-sober Zevon, then 33, was in a better place when it came to this run of summer gigs. He was in jocular form, joking that the concerts should be called “The Dog Ate The Part We Didn’t Like Tour”, and said he was happy to be back performing in Los Angeles, the city where he had grown up. Asked by Rolling Stone magazine how it felt to be on stage in front of an enthusiastic home crowd, Zevon replied, “Let’s just say that it was like rescuing the little boy who’d fallen through the ice. Rescuing him while the whole world was watching.”

Listen to Stand In The Fire

Stand In The Fire, which was released by Asylum Records on 26 December 1980, carried the dedication “For Marty”, in tribute to Zevon’s friend, the film director Martin Scorsese. The album opened with the previously unreleased title track, which was immediately followed by Jenny Needs A Shooter, a song co-written with Zevon’s friend Bruce Springsteen.

Though Zevon was taking prescription painkillers and steroids for a strained nerve in his back, the singer-songwriter was remarkably full of energy for the gigs, in which he displayed his usual mordant wit. For the live version of On Mohammed’s Radio, Zevon altered the original lyrics from “You know the sheriff’s got his problems, too/He will surely take them out on you” to “Ayatollah’s got his problems, too/Even Jimmy Carter’s got the highway blues”, in a tongue-in-cheek reference to the Iran hostage crisis that was dominating the news at the time.

Despite being harvested from multiple performances, Stand In The Fire feels cohesive, which is partly down to the excellence and consistency of the terrific backing musicians, who were largely unknown at the time. The band, who called themselves Boulder, comprised Zevon on vocals, piano and 12-string guitar, Roberto Piñón on bass and backing vocals, Marty Stinger on drums, Zeke Zirngiebel on rhythm, lead, and slide guitar, Bob Harris on synthesiser and piano, and David Landau on lead guitar.

The shows were produced by Zevon and Greg Ladanyi. During the rocking performance of Poor Poor Pitiful Me, one of the stand-out songs from Zevon’s self-titled debut album, Zevon halts midway through the track and drags George Gruel, his then “road manager and best friend”, on stage to fire up the crowd. Gruel grabbed the microphone and gleefully announced, “Get up and dance, or I’ll kill ya. And I’ve got the means!”

Zevon’s version of his perennially popular Werewolves Of London is peppered with witty ad libs about the musicians Jackson Browne and James Taylor, and director Brian De Palma, whose violent film Dressed To Kill had been one of the most talked about releases that summer. Zevon also performed a slowed down version of Lawyers, Guns And Money along with high-energy versions of Excitable Boy and The Sin. He also growled his way through the autobiographical song I’ll Sleep When I’m Dead, before the album ended with a cover of Bo Diddley’s A Gunslinger, which had been a R&B hit in 1960 for an artist that Zevon admired deeply.

“It’s great to be alive”

There were ten tracks on the original 1980 release of Stand In The Fire, but when Asylum/Rhino remastered the album in 2007, they added four additional songs: Johnny Strikes Up The Band, Play It All Night Long, Frank And Jesse James and Hasten Down The Wind.

On the final two tracks, Zevon played piano and first delivered a poignant, reflective version of a song about two cowboy legends before launching into one of his most affecting compositions about love, Hasten Down The Wind. Zevon first recorded the song in 1976 and it was a big hit for Linda Ronstadt.

Zevon’s version at the Roxy was preceded with a moving speech, in which he explained the song’s meaning to the audience. “This is a song that I’d like to play for you that I wrote a decade ago, just about. This is the song that came along and intervened between myself and starvation, thanks to Miss Ronstadt. In those days, you know, when I wrote this song, I was not a very happy fellow. I was poor and strung out and screwed up… and now I’m just screwed up. No, I’m very happy, thank you, thank you very much. Because everybody gotta change sometimes. Speaking as one who has abused privilege for a long time, I tell you, it’s great to be alive. Thank you.”

It was a fitting way to close a splendid live album that captures all that is great about Warren Zevon, who died at the age of 56 in 2003.