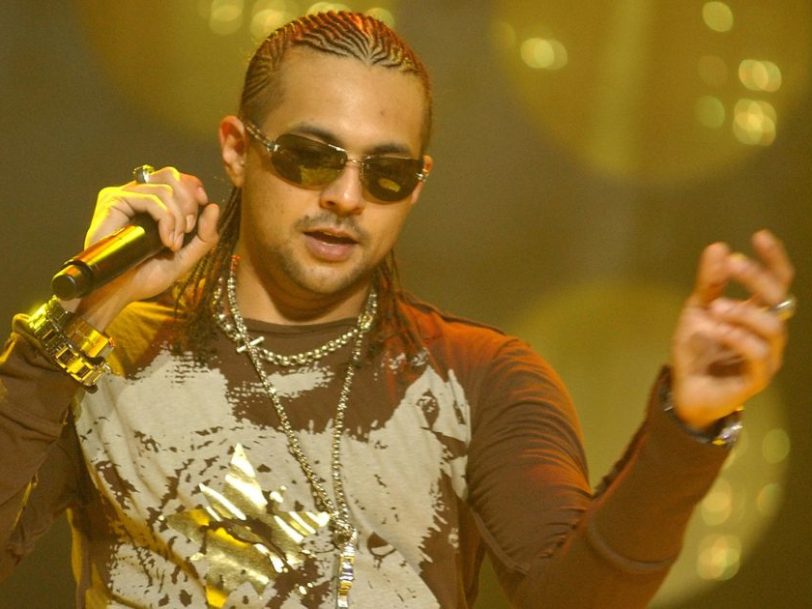 From its rise as one of the best songs of 2005 to its embrace as a TikTok challenge, Sean Paul’s Temperature shows no sign of cooling down.

In 2005, Sean Paul scored one of the biggest hits of his career with Temperature, a thumping dose of Jamaican dancehall that cranked up the thermostat in nightclubs across the globe. With its pounding ragga rhythm and Paul’s idiosyncratic toasting, the song’s sweat-inducing music video proved a hit on MTV, sticking in the memory thanks to its extraordinary dance routines, performed by a coterie of female backing dancers.

Listen to the best of Sean Paul here.

Over 15 years later, the song caused temperatures to spike once again, due to its resurgence as a TikTok craze. The viral trend, the most famous of which is called the Temperature Challenge, has been performed across the globe by celebrities and everyday people alike, reminding millions of music fans of the enduring popularity of the song. Here is the story of how Sean Paul’s Temperature went from whipping up a frenzy on the pop charts to taking TikTok by storm…

“It’s about ladies, as usual…”

Originally released on 5 December 2005, Temperature was the third single lifted from Sean Paul’s third album, The Trinity, with the singer explaining to MTV that “it’s about ladies, as usual”. It was immediately clear why Paul would later commend the song for being “a very danceable track”. Blasting out of speakers with a punchy tribal groove, Temperature soon began to rise up the charts, going on to sell more than three million copies in the US and peaking at No.1 on the Billboard Hot 100 in 2006.

Less than a year after its release, the success of Temperature had won Sean Paul an American Music Award for Favorite Pop/Rock Male Artist and garnered its parent album a nomination for Best Reggae Album at the Grammy Awards, cementing Paul’s status as Jamaica’s biggest music sensation. Though he would stick by his confession that the song was mostly inspired by “beautiful ladies and dancing”, Paul would go on to elaborate further in an interview with Rolling Stone magazine, admitting that Temperature had been partially influenced by rising crime levels in his home country. “It was getting violent in Jamaica,” he explained, “and that’s why I said, ‘I got the right temperature to shelter you from the storm.’ It’s kind of making a comparison of the storm being the violence and that I’m the right dude for the ladies to be with.”

Easily one of the best Sean Paul songs, Temperature ripped like a tornado through pop culture, and its after-effects would be felt well into the viral era.

One of the earliest viral moments involving Temperature came in late December 2016, when LADbible shared a video on Facebook of a young music fan slapping his belly and imitating Sean Paul’s voice. Racking up over 55 million views, it was later uploaded to TikTok, where it also blew up, and ended up being watched 5.2 million times. Jokingly described by LADbible’s tastemakers as the “best cover of Temperature that we’ve ever heard”, it hilariously brought the song screaming back into popularity.

Even Sean Paul himself was amused by the antics his song had inspired. During a Capital FM interview, the singer laughed heartily and admitted that he’d seen the video, and was even encouraged to help recreate it in the Capital FM studio. When a radio staffer walked up to the mic and pulled up his T-shirt to slap his belly like a drum, Paul sang along in his iconic vocal style, proving how much of a sense of humour he had about the whole thing.

“Sometimes I feel like it’s a dream,” Paul admitted to FOX Soul of the song’s longevity. With social media allowing Temperature to be rediscovered by new generations of fans, the lengths to which some people have gone in order to express their love for the song have only helped to increase its popularity. Given how crucial dancing was in its original music video, it was only a matter of time before TikTok would give Temperature a further lease of life.

“Thank you to the fans and people who appreciate the music”

TikTok challenges grew in popularity following the arrival of COVID-19, as social distancing coupled with tight curfews seemingly resulted in a resurfacing of just about everything, from old songs to forgotten dance moves. So it was hardly a surprise when Sean Paul’s Temperature popped up during lockdown, quickly becoming the centre of a new TikTok dance craze.

Performed by famous celebrities such as Jason Derulo and Charli D’Amelio, as well as countless social-media influencers who were cooped up indoors, the Temperature Challenge has proved enormously popular with TikTok users, with a hashtag that has clocked up over 500 million views further widening the song’s exposure. Even Sean Paul himself got in on the action, releasing his own video with the message: “Mek me show u how 2 do dis.”

Inspiring everyone from body-popping TikTokkers to Instagrammers busting a move, the Temperature Challenge has emboldened people from all walks of life to throw shapes, engaging in a range of crazy ways to bring the song to life. The Temperature Challenge itself even evolved into another new dance craze in which the song’s rhythm is featured in a mashup with Akon’s 2005 hit Belly Dancer.

As for Sean Paul, he’s embraced all the new-found attention Temperature is getting. “Thank you to the fans and people who appreciate the music,” he said in 2021, during a radio interview. If anything, we should be thanking him.

Find out how high Temperature rises among our best Sean Paul songs.