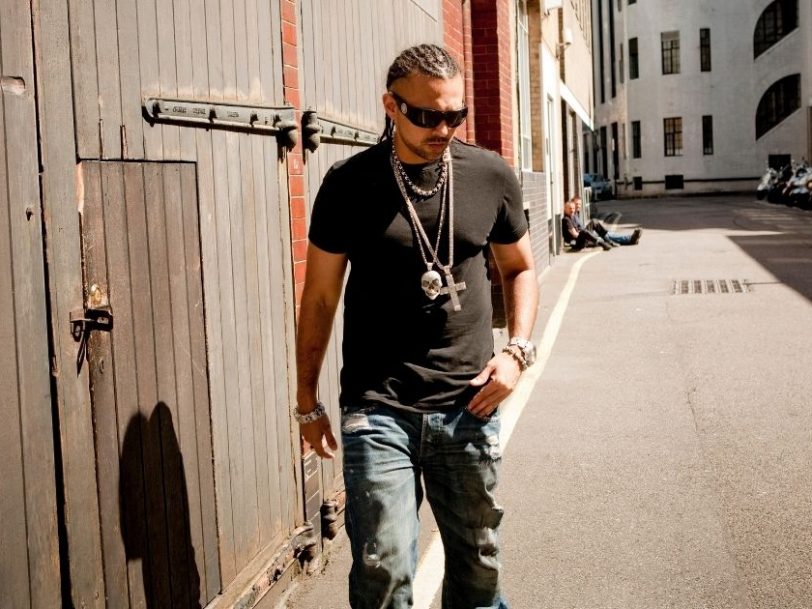 From reggae-fusion hits to thumping club classics, the best Sean Paul songs are timeless, introducing dancehall to the masses.

Sean Paul Ryan Henriques, better known as Sean Paul, is one the most famed Jamaican musicians of all time. With work spanning dancehall, reggae, pop, reggae fusion, ragga and dance music, the rapper, producer and songwriter is also one of the most sought-after guest vocalists in the music industry. We pay tribute to a body work that spans over two decades and counting, and take a look at the 20 best Sean Paul songs.

Listen to the best of Sean Paul here, and check out our 20 best Sean Paul songs, below.

Ever Blazin’ was the second international single from Sean Paul’s platinum-selling third album, The Trinity. An underrated cut that can get lost in the mix of the best Sean Paul songs, Ever Blazin’ saw Paul collaborate with Steven “Lenky” Marsden, who had also produced the Dutty Rock smash Get Busy, serving quick riddims over an almost extraterrestrial-sounding backdrop.

Never Gonna Be The Same takes a different, more emotional direction from the majority of Sean Paul’s catalogue, with Paul honouring his good friend Daddigon, who was murdered in Kingston, Jamaica, on 27 January 2005. The song acts as a wonderful tribute to the late reggae artist, born Garba M Lambert, who worked with Paul as a member of the Dutty Cup crew.

Some of the best Sean Paul songs come in the shape of collaborations, such as Come Over, on which he teamed up with British singer and rapper Estelle. Released as a single in 2008, the track was a highlight of Estelle’s second studio album, Shine, which propelled the singer into A-list stardom. Among tunes such as American Boy and collaborations with Mark Ronson, will.i.am, Cee-Lo and John Legend, Come Over captures the fantastic chemistry between Paul and Estelle, particularly on its promo video, which was directed by the esteemed Canadian filmmaker Lil X.

Press It Up is a classic example of Sean Paul’s signature style, featuring as it does sex, lust and pretty much anything else you can imagine in a club packed with impressive bodies. A solid dance-inspired cut, it was produced by the Grammy-winning Jamaican producer Di Genius, who worked on most of Paul’s 2009 album, Imperial Blaze.

In March 2019, Sean Paul and Latin superstar J Balvin teamed up to deliver the thumping summer-ready anthem Contra La Pared. The song, whose title translates as “against the wall”, also came with a music video, set on Utah’s Lake Powell, in which the duo are surrounded by cars, quad bikes and dancers. The tune came hot on the heels of Sean Paul’s club-hit collaboration with David Guetta and Becky Hill, Mad Love.

Originally released on The Trinity, Give It Up To Me was re-edited with a guest turn from US singer-songwriter Keyshia Cole and released on the soundtrack to the 2006 dance flick Step Up. Issued as a single, the retitled (When You Gonna) Give It Up To Me went to No.3 in the US and marked Cole’s first entry in the Billboard Top 10.

Similar to Never Gonna Be The Same, Sean Paul’s 2009 single Hold My Hand (I’ll Be There) took a more traditional reggae approach, with Paul delivering a catchy and heartfelt song alongside the Georgia-born singer Keri Hilson. A wonderfully harmonious duet among the best Sean Paul songs, Hold My Hand creates a nice contrast to the more club-sounding cuts, such as Press It Up and So Fine, that made up much of Imperial Blaze.

The lead single from Sean Paul’s breakout album, Dutty Rock, Gimme The Light set the tone for what was to come by reaching No.7 on the mainstream US chart and making it to No.2 on the R&B listing. With its loping, Neptunes-esque beat, produced by Jeremy Harding (who also then acted as Paul’s manager), the song lit up the streets and clubs alike ahead of the full album release. Fitting neatly alongside contemporary hits from the likes of Justin Timberlake and Missy Elliot, it also brought Paul to the international stage. Rapper Busta Rhymes even got in on the action, releasing an official remix titled Gimme The Light (Pass The Dro-Voisier Remix).

Over two decades on from the release of his debut album, Stage One, Sean Paul has become the most internationally successful Jamaican dancehall artist of all time. Drawing from 90s icons such as Super Cat, Paul developed his distinct flow by effortlessly switching from his rhythmic chat to unforgettable melodic hooks. Demonstrating that style with ease, Infiltrate was an early introduction to what would soon become one of pop music’s most recognisable voices.

A highlight on the collaborative project Mad Love The Prequel, No Lie is a tropical pop song with guest vocals from the then rising London singer Dua Lipa. An entirely replayable anthem, the single proved a success across Europe, where it was certified multi-platinum in France, Germany, the Netherlands, Italy and Poland.

Lyrics from Like Glue originally acted as the intro to Gimme The Light until Paul expanded the track, making it a full song and the third single to come from Dutty Rock. The song refers to Paul’s disregard for what other people think, and how he sticks to his girlfriend “like glue”. The accompanying music video was directed by Benny Bloom, who later directed the Tupac Shakur biopic All Eyez On Me, and it won Best International Artist Video at the MuchMusic Video Awards.

With its trance-inspired, dance-leaning sound, the instantly recognisable She Doesn’t Mind took Paul in yet another musical direction. The song was co-written and produced by acclaimed hitmaker Benny Blanco, who has also worked with the likes of Ed Sheeran, Maroon 5, Avicii and Kanye West. The track had everything to become an international hit – and it succeeded, topping the charts in Austria and Switzerland, and going Top 10 around much of Europe.

Another one of the best Sean Paul songs to come from the Dutty Rock album, I’m Still In Love With You finds Paul duetting with Jamaican singer Sasha, telling the narrative of two lovers who have opposing views on their relationship. Sasha sings, “I’m still in love with you, boy,” with Paul responding, “Well, I’m a hustler and player/And you know I’m not a stayer.” The tune interpolates Alton Ellis’s 1967 reggae classic I’m Still In Love (With You Girl).

A massive single featuring both Sean Paul and Annie-Marie, Clean Bandit’s Rockabye took the world by storm. The track’s subject matter, which focused on a single mother trying to give their child a better life, combined with its infectious, precision-tooled pop, skyrocketed to the top of the charts in over 20 countries, including the UK. Though not credited as a Sean Paul single, Rockabye remains the second-biggest-selling record he has appeared on, just under Cheap Thrills, his collaboration with Sia.

Not many artists can get Beyoncé to guest on their record, but Sean Paul – who apparently contacted Queen Bey after the success of Gimme The Light – had that kind of power as Dutty Rock was taking off. One of the best Sean Paul songs from this crucial period in his career, Baby Blue featured on both that record and Beyoncé’s debut album, Dangerously In Love, with Paul picking up a writing credit alongside Beyoncé, Robert Waller, Scott Storch and Jay-Z. The song was a huge US success, spending ten weeks at No.1, and its steamy music video has accumulated 150 million YouTube views and counting.

The first single from Paul’s fifth album, Tomahawk Technique, Got 2 Luv U saw the singer take a more dance-orientated approach to his dancehall sound. Production came courtesy of Norwegian duo Stargate, and the song was co-written by OneRepublic’s singer, Ryan Tedder, who intended for it to be a breakup song before it got into the hands of Paul and collaborator Alexis Jordan. Again, the track stole those international No.1 spots, successfully introducing Paul’s new style to the world.

Originally recorded without Sean Paul for her second album, 2002’s Bittersweet, Breathe became a UK No.1 for Blu Cantrell the following year, after she issued a remix bolstered by a Sean Paul guest spot. The single version also used an altered instrumental of Dr Dre’s What’s The Difference, which itself heavily samples Charles Aznavour’s Parce Que Tu Crois. A fantastic blend of hip-hop, soul and reggae influences, it still holds it own among the best Sean Paul songs.

In the long lineage of reggae songs that celebrate smoking marijuana – which also includes Sean Paul’s own Ever Blazin’ – We Be Burnin’ talks about the benefits of legalising the drug, though many of the song’s lyrics were altered in order to create a radio-friendly version. It worked, as We Be Burnin’ became a massive hit for the singer, particularly in the UK, where it narrowly missed out to Pussycat Dolls’ Don’t Cha in the fight for No.1.

Driven by a hand-clap rhythm known as the “Diwali riddim”, Get Busy is the ultimate party anthem. The second single from Paul’s breakthrough record, Dutty Rock, it was also that album’s biggest hit, bringing dancehall to the mainstream in a major way. Though the success of Gimme The Light had already laid the groundwork, it was Get Busy that topped the US pop charts, spending three weeks at No.1 and thoroughly earning its reputation as one of the best Sean Paul songs of all time.

Topping our list of the best Sean Paul songs, Temperature spent a whopping 17 weeks in the Billboard Top 10 and has become the the Sean Paul track with the most longevity. By the time it topped the US charts, Paul had already tasted huge success thanks to previous No.1s Get Busy and Baby Boy, but, with its memorable opening shout-out to “the gyal dem Schillaci” (effectively, “all the skilled girls”), Temperature took things beyond boiling point. The first of Paul’s songs to sell over a million downloads, its multi-platinum success secured the singer’s place in music history.