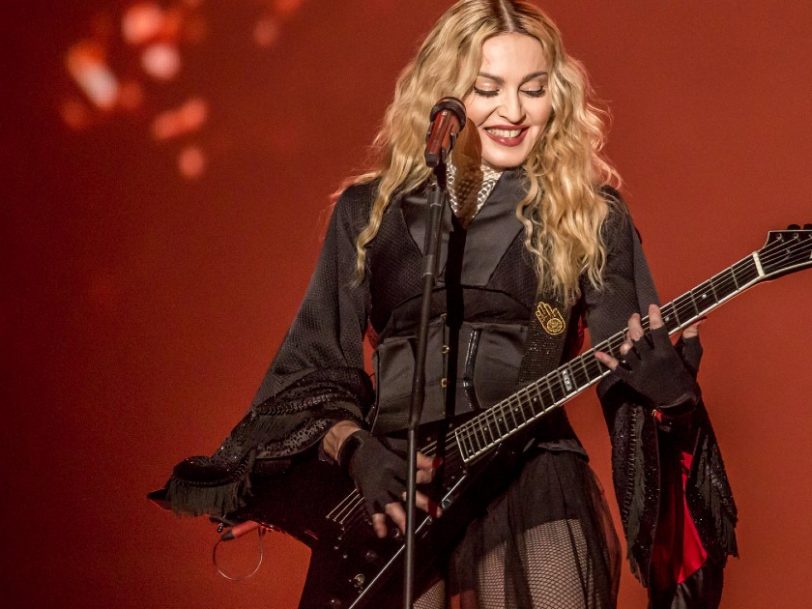 The richest range of Madonna’s creative skills to date, the ‘Rebel Heart’ album emerged as a triumphant victory against the odds.

Though a diverse caravan of songwriters and producers were brought in to help shape Rebel Heart – marking a change from Madonna’s customary tight-knit recording partnerships – the album offered some of her strongest material of the 21st century, including the majestic ballad Ghosttown and a confident return to the Billboard Hot 100 in Bitch, I’m Madonna.

The headlines supporting Rebel Heart’s release were, however, almost exclusively focused on the leaks that forced Madonna to release six of the album’s songs ahead of its official release date of 6 March 2014. For an artist used to being in control, having dozens of part-finished tracks sneak their way online was received as a cruel form of creative vandalism that she fought hard to put into perspective. Producer Diplo, who worked on cuts such as Unapologetic Bitch, could see how much it mattered to one of the most successful female singers of all time. “She’s still treating this one as if it’s her first record,” he told Mojo magazine. “But she is Madonna, and she is really there to make music, and that’s the only thing she is there to do.”

Setting the stall out for Rebel Heart’s reception, the album’s lead single, the gospel-dance roof-raiser Living For Love, made No.1 on the US dance chart, as did its two follow-ups, the Carpenters-esque Ghosttown – one of Madonna’s greatest-ever ballads – and the Nicki Minaj-assisted, Bitch, I’m Madonna. Though the latter remains perhaps Rebel Heart’s most enduring number, all three show just how the best Madonna songs of the era asserted her continued relevance on the pop landscape.

The richest range of Madonna’s creative skills to date

Rebel Heart’s finest delights are, perhaps, its album tracks – the country-dance-pop hybrid Devil Pray, produced with the late Avicii, should have been issued as a single, while Kanye West’s work on Illuminati agitates the postured drama into a blistering dance anthem, placing it up there with Diplo’s stomper Unapologetic Bitch and boxer Mike Tyson’s guest appearance on the madcap Iconic (with Chance The Rapper) as Rebel Heart’s most gleefully over-the-top moment. Elsewhere, the pop shuffle of Hold Tight (with another Diplo writing credit) and the charming Joan Of Arc offer more familiar territory for those coming onboard for a less demanding sugar rush.

Avicii worked on two further songs on the album’s standard edition – the blistering HeartBreakCity (one of Madonna’s most personal lyrics, allegedly about a then recent romantic fracture) and the glorious, CinemaScope closer, Wash All Over Me – hinting of a rich, creative dynamism that might have seen further development between the pair if the Swedish DJ had lived. (Rebel Heart’s bonus tracks included further collaborations, including the euphoric pop title track, the guitar ballad Borrowed Time and the intense Addicted.)

The abundance of extra tracks on deluxe and super-deluxe editions speak of the epic double-album Madonna had originally considered releasing. Events forced her hand, but Rebel Heart remains the album that offers the richest range of Madonna’s creative skills to date. No one can pretend that a record as successful as this (it made No.2 in the UK and US, and has sold more than a million copies worldwide) is really a “hidden treasure”, but this is about as close to one as you’ll find in Madonna’s canon.