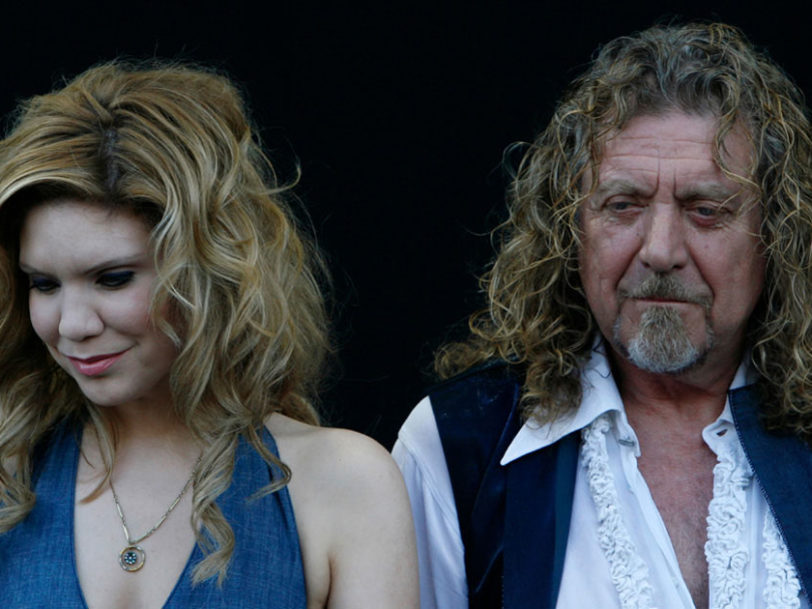 As acts as disparate as Guns N’ Roses, The Stooges and ABBA have proved, time really can be an abstract when it comes to following up a successful record. Yet while, for most artists, a new disc usually arrives less than a decade on from its predecessor, in Robert Plant and Alison Krauss’ case, 14 long years elapsed between the 2007 release of their multiple Grammy-winning Raising Sand and 2021’s Raise The Roof.

Listen to ‘Raise The Roof’ here.

“I really enjoyed the explosion of Raising Sand,” Plant told People magazine in 2021, but he also admitted to the album’s success being “quite a shock” that he “wasn’t ready for”.

“And at the end of it all, the idea of gambling straight into something else was… It’s a natural knee-jerk to do that,” Plant added. “But we thought about it, romanced it, and then went back to our old-time used-to-bes.”

Neither Plant nor Krauss were exactly idle in the interim. In Plant’s case, he made new records with his groups Band Of Joy and Sensational Space Shifters, in addition to forming the low-key acoustic outfit Saving Grace. Meanwhile, Krauss scored a career-best US chart peak of No.3 with the 2011 album Paper Airplane, recorded with her group Union Station, while her 2017 collection of country and bluegrass covers, Windy City, received two Grammy nominations.

Nonetheless, the former Led Zeppelin frontman and the country superstar kept in touch on a regular basis. In 2015, they were reunited at a high-profile tribute to folk-music legend Lead Belly, at Washington, DC’s Kennedy Centre, and, as Plant recalls, “We kept exchanging, contacting, sending a few musical ideas.”

“We always talked about recording again together. And this was the right time”

The spark for Raise The Roof really caught fire when Krauss chanced upon a song called Quattro (World Drifts In) by acclaimed Arizonan roots-rock outfit Calexico.

“I thought that was the first song of our record when I heard it,” Krauss told People. “We always talked back and forth about recording again together. And this was just the right time. Any other time, I suppose, was the wrong time, because it didn’t happen.”

To fashion Raise The Roof, Plant and Krauss again hooked up with producer T Bone Burnett (Counting Crows, Los Lobos, Elvis Costello) and many of the consummate US musicians, such as drummer Jay Bellerose and guitarist Marc Ribot, who supported them on Raising Sand. The album sessions followed a similar pattern, in that Plant and Krauss recorded 12 tracks, all of which were covers, save for High And Lonesome: a swampy inflected blues co-written by Plant and Burnett.

“A story was being told concerning a man, a woman and war”

A brooding, emotive song originally issued as a single through City Slang in 2003, Quattro (World Drifts In) was filled with references to desolation, war and an individual’s yearning to escape these horrors, its lyrics conjuring images of war-torn Afghanistan (“No choice but to run to the mountains where no poppies grow/You have to hit the ground running”). However, as the likes of Geeshie Wiley’s Last Kind Word Blues and the punchy, Brenda Burns-penned Somebody Was Watching Over Me also revealed, Quattro wasn’t the only Raise The Roof song to reference conflict in some shape or form.

“As we were going through the material, it was clear that a story was being told concerning a man, a woman and war,” Burnett told The New York Times. “It became clear which songs fit and the sequence they went in.”

In addition to the above, Plant, Krauss and Burnett again sought inspiration from the works of songwriters they’d already saluted on Raising Sand. To this end, The Everly Brothers’ The Price Of Love and Allen Toussaint’s Trouble With My Lover (also recorded by Betty Harris) provided Raise The Roof with two of its most intimate moments, while all concerned turned in sublime performances on a soaring version of Bobby Moore And The Rhythm Aces’ 1965 hit, Searching For My Love.

“When the two of them sing, it creates a third voice”

Elsewhere, though, Raise The Roof cast its net wider for its source material, this time touching on Britain’s fertile folk tradition with choice covers of Bert Jansch’s It Don’t Bother Me and Anne Briggs’ Go Your Way. In both cases, the duo chose to reverse the genders, with Krauss leading the way on a lean, hungry version of Jansch’s song and Plant taking charge on Go Your Way. In perhaps the record’s most radical reinvention, Burnett also significantly fleshed out Briggs’ minimal original, instilling the song with a steady groove and a surprisingly exhilarating pop sensibility.

Praising Plant and Krauss’ almost telepathic understanding of each other’s art, Burnett told The New York Times, “A funny thing happens with them. When the two of them sing, it creates a third voice, a third part in their harmonies when there are only two parts. You know, one plus one equals two unless you’re counting, say, drops of rain. Then, one plus one could equal one, or one plus one could equal a fine mist. Their voices are in that relative space where they sing together and it creates a fine mist.”

“It has a mood to it, which is laced with time and with the maturity of the songs”

Proving that its arrival was more than worth the wait, fans and press alike swooped on Raise The Roof as soon as it was released – following a further, COVID-19-related delay – on 19 November 2021. The majority of reviews endorsed what The New York Times called “the quiet subtleties and wailing intensity” of Plant and Krauss’ combined vocal prowess, while The Observer noted that Burnett and his team’s sparse, rootsy soundscapes were imbued with a spectral beauty, and praised a “superb band” that “creates nuanced tension or percolates away discreetly”.

Mere weeks after hitting the shelves, Raise The Roof appeared in “Best Albums Of 2021” polls in the likes of Mojo, Uncut and Esquire. It’s since gone silver in the UK and displays all the traits of a landmark record which will be hailed for years to come.

“It’s a little bit more smoky, a little bit more lustrous than the first record,” Plant reflected shortly after the album’s release. “It’s definitely different, even thought it might be coming out of the same sort of crevasse, the same fork in the landscape of our musical lives. It has a mood to it, which is laced with time and with the actual age and maturity of the songs themselves.”