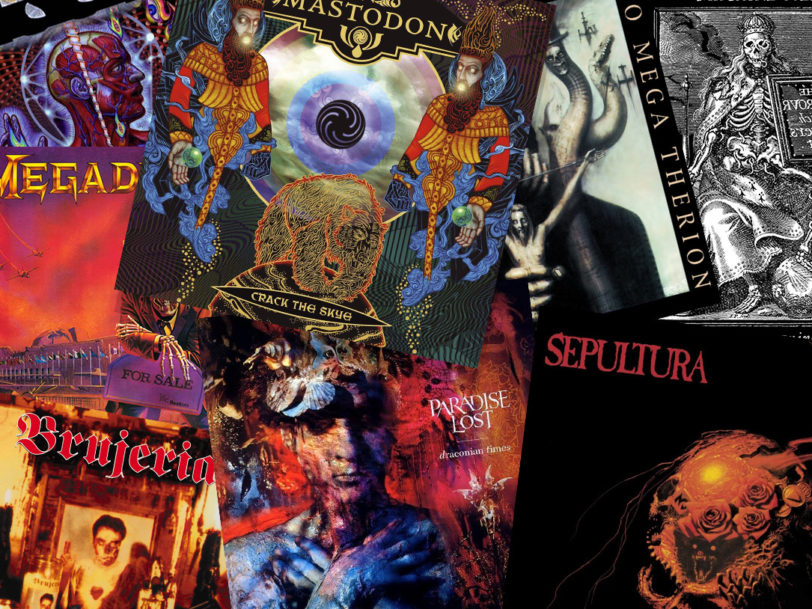 From stunning illustrations to mind-melting packaging, these heavy metal album covers deserve to be in every fan’s collection.

As important as the music they illustrate, the best album covers hold a special place in the hearts of music fans, especially those whose formative years were spent digging through the bins at local stores. Flicking through sleeves, it was not unusual to head home clutching an unfamiliar album, convinced that nothing with such astonishing artwork could disappoint; many collectors own records purely because the sleeve captured their imagination. Heavy metal album covers, in particular, have an intimate connection with the music within, as exemplified by Iron Maiden’s extravagant artwork, which introduced the world to Eddie, the band’s beloved mascot.

Though, in the streaming era, artwork might seem less important than the music, any band who ignores the importance of a good album cover does so at their peril. This list of ten overlooked heavy metal album covers goes out to anyone who has spent hours staring at a sleeve in the hope of discovering the answer to some otherwise unfathomable mystery of the universe. 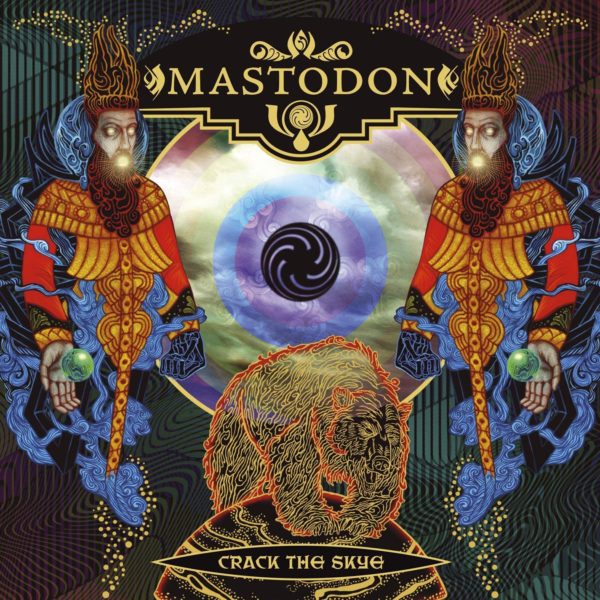 A dizzying throwback to the era of grand, progressive concept records, Crack The Skye represents the element aether (the group’s previous albums, Remission, Leviathan and Blood Mountain, dealt with fire, water and earth, respectively), with Mastodon crafting a narrative that encompasses Rasputin, Stephen Hawking and space travel. Despite the fantastical subject matter, the album’s emotional core revolves around drummer Brann Dailor’s sister, Skye, who tragically committed suicide when she was just 14. A work of such depth could not fail to resonate, and the music’s juxtaposition of beauty and brutality has ensured its longevity.

Keeping faith with artist Paul Romano (A Life Once Lost, Trivium), who created the artwork for Crack The Skye’s predecessors, the album cover brings the concepts startlingly to life. Though the astral Rasputin dominates, Paul does a stunning job of incorporating the myriad themes into one tapestry.

The quintessential Megadeth album, Peace Sells… But Who’s Buying? introduced the world to Vic Rattlehead, Dave Mustaine and co’s answer to Iron Maiden’s Eddie. Disappointed by the artwork for their raucous debut album, Killing Is My Business… And Business Is Good!, Dave Mustaine turned to Ed Repka, whose list of album credits reads like a metal Who’s Who.

A punk-loving graphic artist, Repka sees the Peace Sells… album cover as a career landmark – and it’s hard to disagree. A beautifully rendered image of Vic dressed as an estate agent nonchalantly leaning against a For Sale sign amid a scene of nuclear devastation, it evokes classic comic-book art and remains utterly irresistible.

So effective was Repka’s illustration, it set an impossible standard that few of the band’s peers could match. The album itself, meanwhile, contains a number of ’Deth mainstays, including Wake Up Dead, the ferocious Devils Island and the sneering title track. Smarter, harder and faster than the rest, Megadeth broke the mould with this record. 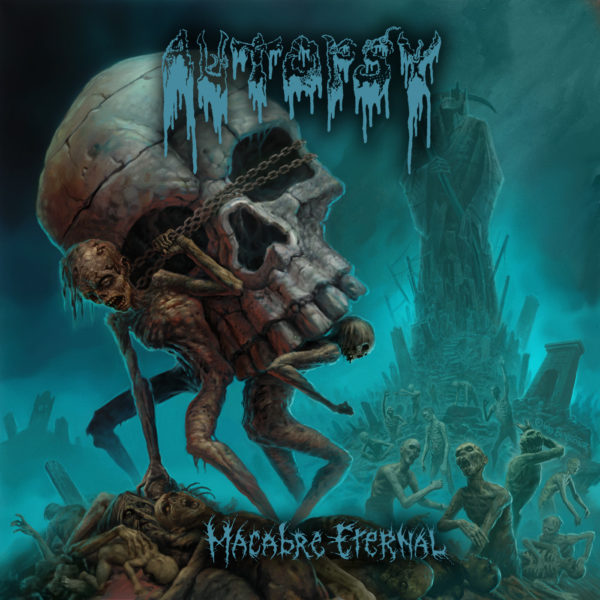 Talk about heavy metal album covers and you have to mention Wes Benscoter, whose work graces the sleeves of bands such as Autopsy, Cattle Decapitation and Slayer. The debate rages as to which design best shows off his work, but the illustration for Autopsy’s Macabre Eternal is a strong contender.

The first full album from the death metal legends since 1995’s Shitfun, Macabre Eternal is a spectacularly heavy effort from a reinvigorated band, and it benefits no end from Benscoter’s mature, evocative artwork. In trading the rather cartoonish – albeit iconic – design of the group’s 1989 debut, Severed Survival, for a darker, deeper image that exudes menace, Benscoter gave the newly reformed Autopsy a powerful visual identity that more than matched the brutal content within. 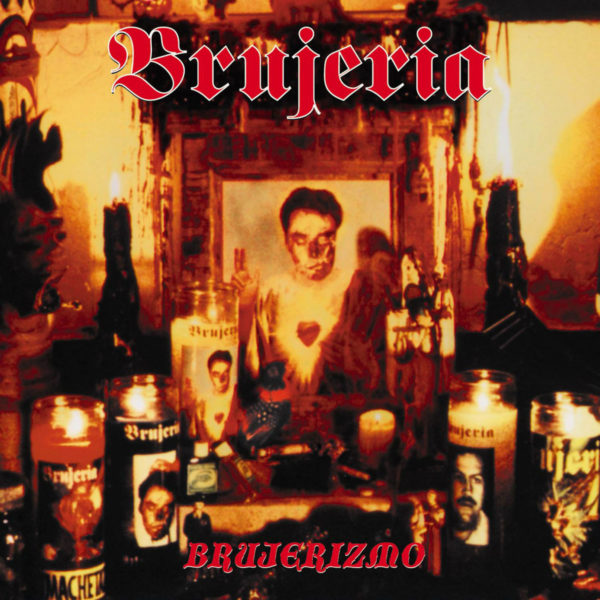 Even within the context of heavy metal album covers, Brujerizmo’s artwork is pretty horrific, though its dank, 70s exploitation-flick vibe accurately reflects the unforgiving music within. The voodoo-infused photograph (credited to Diseño Pe Dulce) is grimier than the cartoon imagery of acts such as Cannibal Corpse and finds Brujeria reusing the the real-life severed head, known as Coco Loco, which had proved so controversial on the cover of their debut album, Matando Güeros.

Featuring members of Faith No more, Fear Factory, Napalm Death, Carcass and Dimmu Borgir, Brujeria (who reformed in 2007, after a five-year hiatus) remain a vital force in metal music, but it’s Brujerizmo, the band’s third album, that gets the adrenalin pumping from the outset. 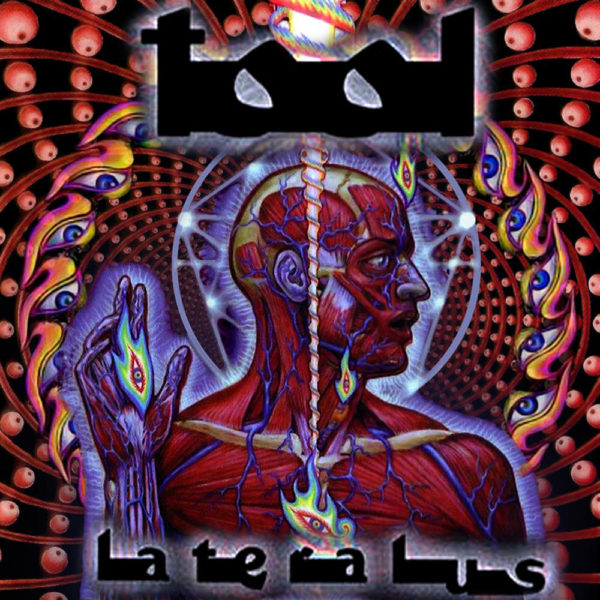 A band whose career is built on creating multi-media experiences, Tool’s fascination with immersive album covers peaked with 2019’s Fear Inoculum, initial copies of which came packaged with a four-inch high-definition screen. Before experimenting with 3D imagery (2006’s 10,000 Days) and pocket TVs, however, there was Lateralus. Arguably the band’s masterpiece, it saw Tool give artist Alex Grey free rein to create something every bit as mysterious as the music, resulting in one those heavy metal album covers whose meaning fans endlessly speculate over.

One of the rare occasions where CD beats vinyl, the Lateralus art is divided into layers within a transparent booklet. As such, the holographic gatefold sleeve used for vinyl pressings, though impressive, can’t compete. The effect is completed with a translucent slipcase bearing the album’s information, which looks as unique today as when it was first released. 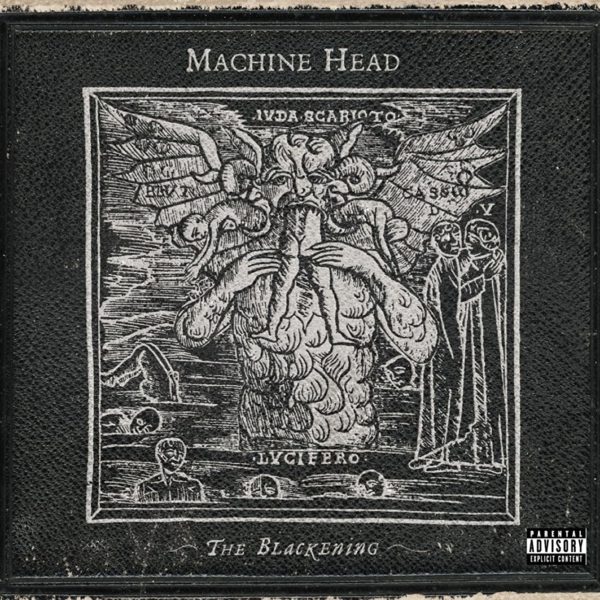 Machine Head’s greatest achievement, The Blackening ebbs and flows with muscular, progressive power – and the artwork emphasises its gravitas.

Based upon a carving found by frontman Robb Flynn, the 16th-century image is laden with symbolism and represents the transitory nature of power. Working with longtime collaborator Paul Brown (Danzig, DevilDriver) and Deanna Alcorn (Slipknot, Rage Against The Machine), the image was redesigned, with the writing on the skeleton’s placard reversed, so it wouldn’t be mistaken for the album’s title. A mature artwork, it was not without its issues (as befitting an album notorious for its teething troubles) and the initial run featured a flaw that, thanks to a piece of lint, obscured one of the ornate tildes that bracketed the title.

The sleeve was later reworked by Don Clarke (Demon Hunter), who created a more worn version for a three-disc reissue. Now out of print, it contained the album, a bonus disc and a DVD, expanding an already classic record and further elaborating upon that cover.

The Ocean’s third release, Precambrian marked the moment that the German metallers emerged as one of the most progressive forces in metal. By turns brutal and beautiful, the double-album built upon the foundations of its predecessors, Fluxion and Aeolian, and included guest appearances from members of Cave In, Converge and the Berlin Philharmonic.

Given a die-cut and spot-varnished black digipak, Precambrian’s artwork looks like a window onto the earth’s fiery formation – and that’s before you get to the pair of booklets included. These contain gorgeous metallic inks that give life to designer Martin Kvamme’s intricate illustrations. Even the CDs form part of the artwork, with the first one being partially see-through and the second one being pressed on a black disc.

The Ocean would go on to create more elaborate packaging (Heliocentric is particularly spectacular), but Precambrian is where the band’s artistic ambition fully intersected with the music for the first time. It’s one of the essential heavy metal album covers in any collection. 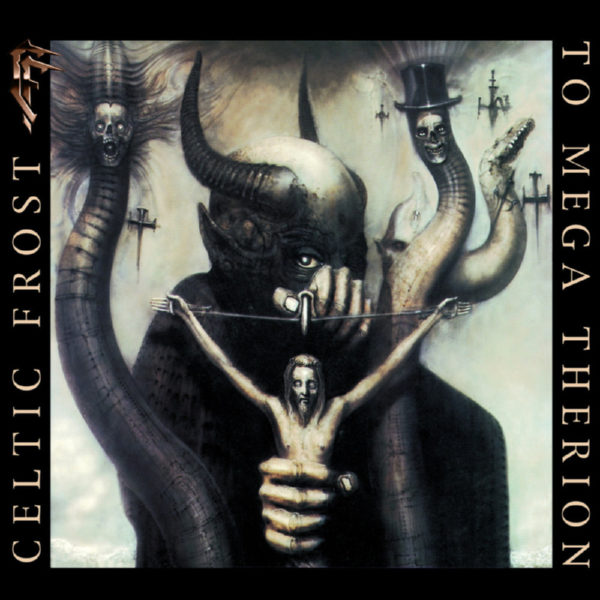 To Mega Therion had a huge artistic influence on extreme metal, thanks to its striking album cover. The result of a friendship between Celtic Front frontman Tom G Warrior and Swiss artist HR Giger (famous for designing Ridley Scott’s movie Alien), the artwork, titled Satan I, evokes an atmosphere of dread that permeates the Wagnerian content of the music. A quantum leap forward, both musically and aesthetically, from the band’s 1984 album, Morbid Tales, To Mega Therion offers an unforgettable experience that, for many, started with the sinister figure beckoning from racks in a local record store.

Giger and Warrior eventually reunited when the former created the artwork for Triptykon’s astonishing debut album, but there’s something spectacularly grimy about Satan I that remains haunting to this day. 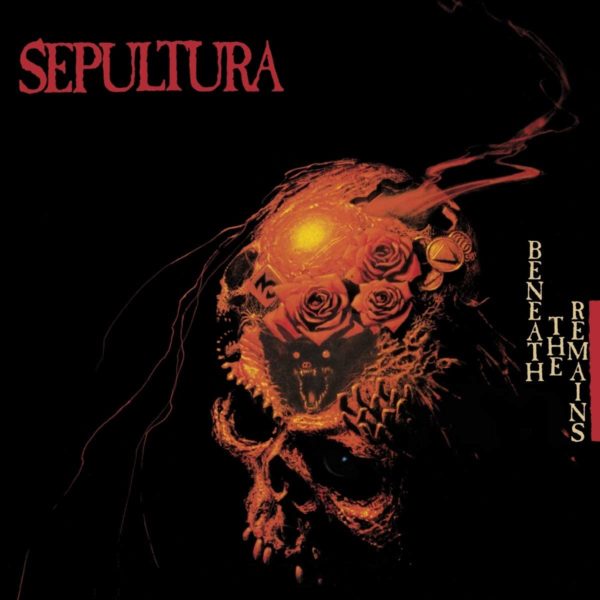 Sepultura’s early artworks were hardly auspicious entries in the canon of heavy metal album covers. This changed with their Roadrunner debut, 1989’s Beneath The Remains. A move away from the bargain-bin aesthetic of Morbid Visions and Schizophrenia, it saw the group embrace a more nuanced style.

The work of artist Michael Whelan (Stephen King, Obituary), Beneath The Remains was originally slated to feature a different image, with the band having opted for a Whelan piece titled Bloodcurdling Tales Of Horror And The Macabre. Talked out of the decision by Roadrunner, Sepultura settled on a complex skull design that still looks streamlined and contemporary (though the band were furious when their original choice was given to their Roadrunner labelmates Obituary, who used it for their sophomore album, Cause Of Death).

Whether the betrayal still rankles, sonically and aesthetically, Beneath The Remains is the dense, powerful and imaginative work of a band destined for greatness.

Created by Holly Warburton, the multi-hued design for Draconian Times still stands apart from other heavy metal album covers. Light years away from the image of the bizarre robot that graced the band’s debut album, Lost Paradise, the Draconian Times art ran through the CD booklet, with band photos seamlessly incorporated into the design.

Eschewing doom metal’s usual trappings, with nary a skull in sight, the kaleidoscopic images echo the solemn grandeur of the album’s musical content (especially the song Forever Failure), drawing the listener into the album before the first notes are even heard. There was even a special edition of the album (a rare occurrence in the mid-90s) which featured expanded artwork, an embossed sleeve and a bonus disc.

For more iconic artworks, see our best album covers of all time