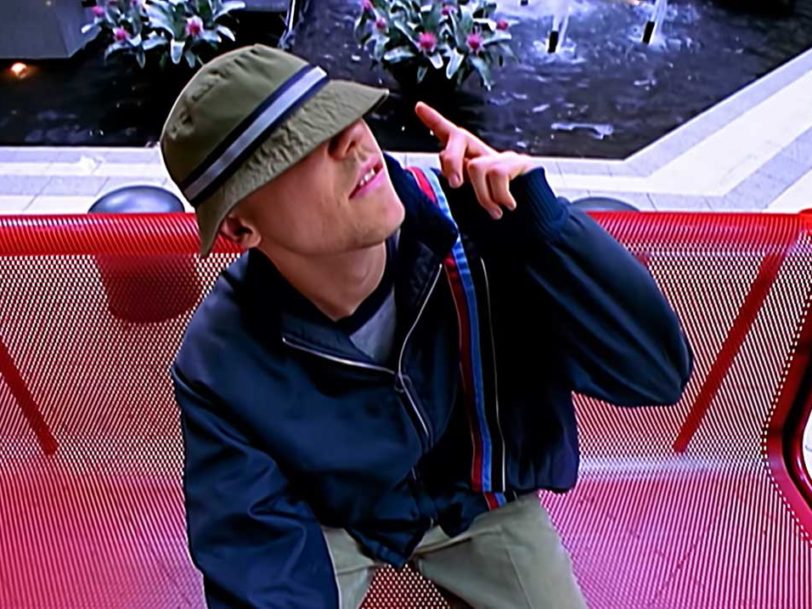 What Happened To New Radicals? From One-Hit Wonders To Surprise Reunion

After becoming one-hit wonders with You Get What You Give, New Radicals disappeared. A surprise reunion leaves more questions than answers.

In a world defined by strange turns of events, yet another occurred on 20 January, when late 90s alt-rockers New Radicals performed their sole hit, You Get What You Give, as part of President Biden’s virtual inauguration ceremony. Twenty-two years after the Gregg Alexander-fronted group played their last show, it got many people asking: what happened to New Radicals?

In need of a miracle: from solo career to forming New Radicals

Born in Michigan on 4 May 1970, Gregg Alexander was a quick learner: having bought his first guitar at the age of 12, he was just 16 when A&M Records offered him a recording contract. Following two largely ignored solo albums, Michigan Rain (1989) and Intoxifornication (1992), he relocated to first New York before later settling in Los Angeles, where he eventually formed New Radicals.

Emboldened by some songwriting success (most notably earning a co-writing credit on Here Comes My Baby, the closing song on Belinda Carlisle’s 1993 album, Real), Alexander essentially used New Radicals as a vehicle for his talents; the only other constant member was keyboard player and percussionist Danielle Brisebois, with whom Alexander had also previously worked. Writing, performing and producing almost everything on New Radicals’ sole album, 1998’s million-selling Maybe You’ve Been Brainwashed Too (its title a nod to his Jehovah’s Witness upbringing), Alexander delivered an album of soulful rock music whose soaring melodies masked a lot of critical thinking about American society.

You get what you give: success and disbanding

Though the band are forever destined to be remembered as one-hit wonders, You Get What You Give is a pop-rock essential praised by everyone from Joni Mitchell to U2’s The Edge and rapper Ice-T. Released in November 1998, just weeks after Maybe You’ve Been Brainwashed Too, it topped the charts in Canada and New Zealand, was a Top 5 smash in the UK, and hit No.36 on the Billboard Hot 100, while also charging to No.8 on the Modern Rock chart.

The lyrical coda was typical of Alexander’s somewhat confrontational style, deriding health insurance and calling out the likes of Courtney Love and sibling pop group Hanson as fakes who “run to their mansions”. However you viewed his attack on some of the biggest stars of the 90s, a wholly upbeat song reminiscent of The Waterboys, Hall and Oates and Motown was destined for heavy rotation. Having now racked up over 225 million hits on Spotify alone, You Get What You Give is truly inescapable, and continues to feature on many films, TV shows and television commercials.

Infused with 70s R&B and elevated by Alexander’s blue-eyed soul vocals, its parent album is a decent piece of work, too. Retrospectively, it’s also easy to hear the strong influence of Prince; looking back on the album over a decade later, The Encyclopaedia Of Popular Music still found it “an uplifting combination of sweeping melodies, aggressive harmonies and large dollops of stream-of-consciousness soul”.

The pressure of following a big hit soon took its toll on Gregg Alexander, who, exhausted from undergoing promotional duties with radio stations and journalists, abruptly called time on the band in the summer of 1999, before even their follow-up single, Someday We’ll Know, came out. But that is far from the end of the story. Retreating from a frontman’s role, Alexander refocused on writing songs for other artists, often alongside his New Radicals cohort, Danielle Brisebois, or big-shot songwriter Rick Nowels, who had helped shape You Get What You Give and has since gone on to work with Madonna, Stevie Nicks and Dua Lipa.

Since that sudden gear-shift, Alexander has written and produced songs for countless big-name artists. Ronan Keating was the first to sign on when Life Is A Rollercoaster, repurposed from a potential second New Radicals album, became his second No.1 – a success that led Alexander to co-write and co-produce much of Keating’s 2002 sophomore album, Destination.

Indeed, Alexander’s 2001 resume is exemplary: Scottish rockers Texas took Inner Smile to No.6 in the UK; Sophie Ellis-Bextor did even better, as the timeless Murder On The Dancefloor rose to No.2. Alexander even got to work with living legend Rod Stewart on I Can’t Deny It, a track from his Top 10 album Human. But perhaps his biggest moment came with The Game Of Love, which he penned in 2002 for Latin rocker Santana, and which earned Alexander a Grammy for Best Pop Collaboration With Vocals.

Described by music critic Stephen Thomas Erlewine described as “the catchiest, smartest professional mainstream pop songwriter of the early 2000s”, Alexander continued to help shape pop music throughout the decade, writing four songs on Enrique Iglesias’ 2003 album, 7, and lending his services to Melanie C for her single On The Horizon. In 2004 he worked with former lyrical target Hanson, on Lost Without Each Other.

Though the 2010s marked a quieter period, Alexander branched out into cinema, co-writing and co-producing the music for the 2013 musical romance-drama Begin Again, along with longtime collaborators Brisebois and Nowels, as well as composer Nick Lashley. Their song Lost Stars, written specifically for the film, in which it was performed by Adam Levine and Keira Knightley, was nominated for Best Original Song at the 2015 Academy Awards. Alexander saw out the decade with a co-write with UK indie group Kaiser Chiefs, on their 2019 song The Only Ones.

Between the demise of New Radicals and Joe Biden’s inauguration, Gregg Alexander had made only one public appearance, on 4 November 2014, when he sang Lost Stars at the Hollywood Music In Media Awards. He’d been inspired to make New Radicals’ one-off reunion after learning that Joe Biden’s family used You Get What You Give as a “rallying ‘theme song’” throughout his late son Beau Biden’s terminal battle with glioblastoma; Vice President Kamala Harris’ husband, Doug Emhoff, had also used the song during 2020 campaign rallies.

“We pledged if Joe won, we’d get together and play our little song both in memory and in honour of our new president’s patriot son, Beau, and also with the prayer of Joe being able to bring our country together again with compassion, honesty and justice for a change,” Alexander said before the performance. Due to COVID-19-related restrictions, Alexander and Brisebois were accompanied by musicians from the Philadelphia area, rather than New Radicals’ original line-up.

The performance was, he hoped, a “tiniest beacon of light in such a dark time”.