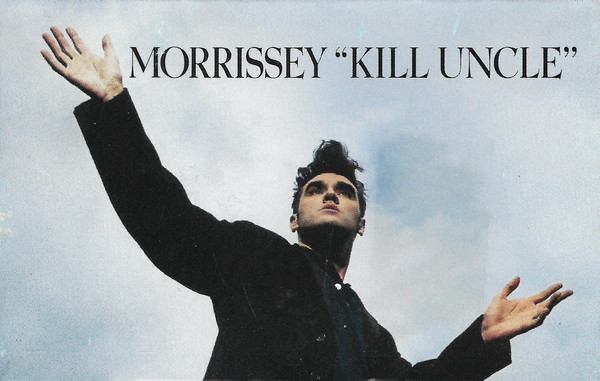 Described by Morrissey as an ‘orphaned imp’ of an album, ‘Kill Uncle’ deserves a loving home and some much-needed affection.

Morrissey’s post-Smiths career got off to a flyer with the triumphant Viva Hate, but the general consensus is that he suffered a wobble with his second solo album, Kill Uncle. Released on 4 March 1991, to largely scathing reviews, the record even received a relatively muted fanfare from the singer’s ever-loyal fan base – but then it didn’t help that Morrissey himself felt he’d sired an underachiever.

“It will always be the orphaned imp”

“Recording something for the sake of recording delivered Kill Uncle unto the world, and I am finally up against the limits of my abilities, whilst surely not fooling anybody,” he later wrote in Autobiography. “Having been so right, it is suddenly shocking to be so wrong, yet Kill Uncle is number 8 in England and number 52 in the US. It will always be the orphaned imp that nobody wants, and even I – its mother and father – find it difficult to feed.”

As Morrissey concedes in the above reflection, Kill Uncle actually performed quite respectably in the charts following its original release, rewarding him with a silver disc in the UK – not a bad performance, bearing in mind that timing may also have caused it to be dismissed in some quarters. The album did, after all, appear in 1991: a year when a record peddling quintessentially English pop seemed glaringly anachronistic when put up against aggressive, zeitgeist-surfing US alt-rock records such as Nirvana’s Nevermind and Pearl Jam’s Ten.

Divorced from the times, though, Kill Uncle has more than earned a hearty reappraisal. Featuring a selection of songs primarily written by Morrissey and former Fairground Attraction guitarist Mark E Nevin, it was helmed by Madness/Elvis Costello production duo Clive Langer and Alan Winstanley, and while it clocked in at a tight 32 minutes, it still proffered plenty of substance.

One thing Kill Uncle lacked, however, was familiarity. Superficially, at least, it offered neither the sparkling guitar classicism synonymous with The Smiths nor the rockabilly-flavoured anthems with which Morrissey would slay all comers across his next three solo albums. Nonetheless, the man himself was in fine voice and, while atypical, Kill Uncle was by no means devoid of quality. It was undeniably quirky, but it was also generously appointed with well-crafted pop songs, with keyboards and strings adding subtle colour to the relatively sparse backing tracks performed by Morrissey’s core musical group of Nevin, Madness bassist Mark “Bedders” Bedford and Viva Hate drummer Andrew Paresi.

Trailing Kill Uncle’s release, its two most immediate tracks, Our Frank and the lyrically withering Sing Your Life (“Make no mistake, my friend/Your pointless life will end”), both yielded UK Top 40 hits and still acquit themselves well, as does the solid, piano-led Mute Witness and the neo-hymnal There’s A Place In Hell For Me And My Friends. If the torrid, proto-grunge thrash of Found Found Found sounded incongruous, any lost ground was regained by the wistful Driving Your Girlfriend Home and the sombre, revenge-killing-related Asian Rut: both of which were powerfully executed and deserving of considerably more kudos than they’ve received to date.

“Bring it in out of the rain”

Despite its reputation (and Morrissey’s own appraisal), Kill Uncle garnered support – often from commentators in surprisingly high places. The notoriously hard-to-please US critic Robert Christgau sang the record’s praises on release and gave it a rare B+ rating in his Village Voice column. More recently, the venerable New Yorker afforded Kill Uncle some long overdue love, proclaiming that the album was “a fine example of… a wet-dog record. You have to bring it in out of the rain. It smells funny. But after a while, you find yourself feeling an uncommonly strong affection for it.”

Such “affection” may not have been an emotion Morrissey bought into when he expressed his personal feelings for Kill Uncle, but he did agree to tour the album: a jaunt for which he put together a new band featuring future long-term co-writing guitarists Alain Whyte and Boz Boorer. It turned out to be an extremely wise move – not only did the Kill Uncle songs sound much tougher and terser onstage, but his new band were so good that Morrissey retained their services for his next solo venture: the highly-acclaimed, Mick Ronson-produced Your Arsenal.