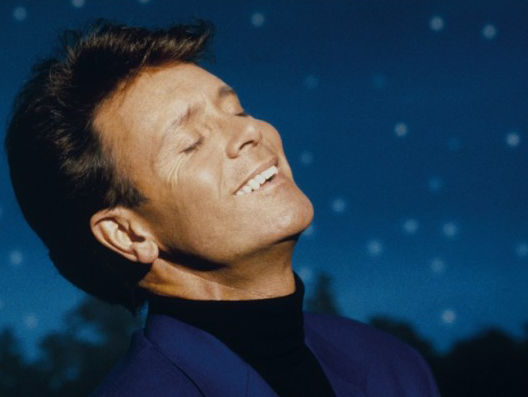 Mistletoe And Wine: Why Cliff Richard’s Christmas Hit Has A Surprise Meaning

Originally written as “a song about death”, Mistletoe And Wine became an uplifting seasonal standard in Cliff Richard’s hands.

Like gin and tonic and fish and chips, mistletoe and wine have become a quintessentially British pairing – thanks, in no small part, to Cliff Richard’s Christmas hit of the same name. But while no holiday season is complete without Richard’s song of goodwill, Mistletoe And Wine was originally written with a far more cynical message in mind.

“It’s about a girl dying”

Mistletoe And Wine was originally written for a musical adaptation of Hans Christian Andersen’s The Little Match Girl, set in Victorian London and staged at the Orange Tree Theatre, in Richmond, London, in December 1977. While working up the script for what they were then calling Scraps, writers Jeremy Paul, Leslie Stewart and Keith Strachan decided the show needed a song that would expose the hypocrisy of the story’s middle-class characters; Mistletoe And Wine was originally sung during a scene in which The Little Match Girl was thrown out into the snow while carollers singing of festive cheer left her to perish.

Calling Mistletoe And Wine “a socialist Christmas song”, Strachan has said: “The sentiment of the song was meant to be that people don’t care about the poor… It was a song about the middle-class’ lack of concern.”

Stewart put it bluntly: “It’s not a happy Christmas song, it’s about a girl dying.”

Almost a decade after Scraps was performed, the stage musical was itself adapted and renamed The Little Match Girl for a British TV production that aired in 1986. Starring The Who’s frontman, Roger Daltrey, and 60s model Twiggy – who, as a pub mistress, performed a ribald version of Mistletoe And Wine – the production also brought the song to Cliff Richard’s attention.

Strachan had written Mistletoe And Wine relatively easily. While taking his dog for a walk one day, the lines “A time for giving/A time for getting/A time for forgiving/And for forgetting” just came to him. “That was it! That was the song,” he later recalled.

Rushing home to capture his idea, Strachan finished the song off on the piano in half an hour. Later, with the TV adaptation in the works, the writers sent “a more poppy demo”, sung by Jeremy Paul’s 12-year-old daughter, to Cliff Richard in the hopes that he would record it.

“It was a pub song,” Richard recalled to the BBC. “The lyrics were all about a smoke and a laugh and a joke, and I asked my manager, ‘Do you think they’d mind if I change the lyrics?’”

Having already been turned down by Irish crooner Van Doonican and English actor Dennis Waterman – an unlikely choice of singer better known for his hard-man role in gritty 70s crime drama The Sweeney – the songwriters were happy to encourage Richard’s interest, and agreed to let him make some changes.

“I wanted to bring it back to the spiritual aspect”

The version of Mistletoe And Wine that Cliff Richard recorded in July 1988, in a studio in Wimbledon, in the south-west of London – strung up with tinsel to help get him into the mood – featured new lyrics that the singer penned not only in order to better capture the Christmas spirit, but to reflect the holiday season’s original meaning.

“I just felt that I wanted to bring back the spiritual aspect of Christmas,” Richard told the BBC. “Slade did some fabulously festive hits, but they weren’t actually about Christmas… As soon as I added those lyrics, that made it a Christmas song.”

Released on 21 November 1988 – as, astoundingly, his 99th single – Richard’s version of Mistletoe And Wine topped the UK charts within six weeks, claiming that year’s Christmas No.1 spot (while earning Richard his 12th chart-topper in the process). A seasonal phenomenon, it not only became the best-selling song of 1988, but, selling 750,000 copies, it became the third-best-selling single of the entire 80s. “I thought it might be a big hit,” Richard said, with no small understatement. “For me, a big hit is to be in the top five.”

“He made it his song”

Now firmly established as one of the best Christmas songs of all time, Mistletoe And Wine paved the way for Cliff Richard to score further seasonal successes, ensuring that his name will forever be linked to the Christmas season. In 1990, Richard released Saviour’s Day, which again topped the UK charts over Christmas, making him one of just a handful of artists, alongside The Beatles and Spice Girls, to have scored more than one Christmas No.1 hit with different songs (if you add I Love You, his 1960 Christmas hit with The Shadows, to the mix, he’s scored a hat trick). Sir Cliff bookended the decade with 1999’s Millennium Prayer, a recording of The Lord’s Prayer set to the tune of Auld Lang Syne, which once again took him to the top spot.

Mistletoe And Wine itself has, inevitably, enjoyed a successful afterlife. Weihnachtszeit – Mistletoe And Wine, a German-English duet with Schlager singer Claudia Jung, was released in Germany in 1996, but Richard’s original 1988 version is the one that keeps returning, re-entering the charts in 2007, 2018 and 2019.

Cliff Richard didn’t ask for a writing credit for his lyric changes – nor, at a time for giving, did he accept any royalties on the song. Mistletoe And Wine’s original writers reaped the rewards, however, with Leslie Stewart scoring himself a five-bedroom house in Canterbury from the proceeds, and the writers – and Richard – earning themselves Ivor Novello Awards for Best Selling A-Side.

Though, in songwriter Leslie Stewart’s words, Mistletoe And Wine “was never written as a one-off, but as part of a musical”, he also observed that Richard “made it his song”.

Over three decades later, Mistletoe And Wine has become a gift for everyone.

For the perfect gift for any Cliff fan this Christmas, Saviour’s Day / Mistletoe & Wine 7″ Picture Disk