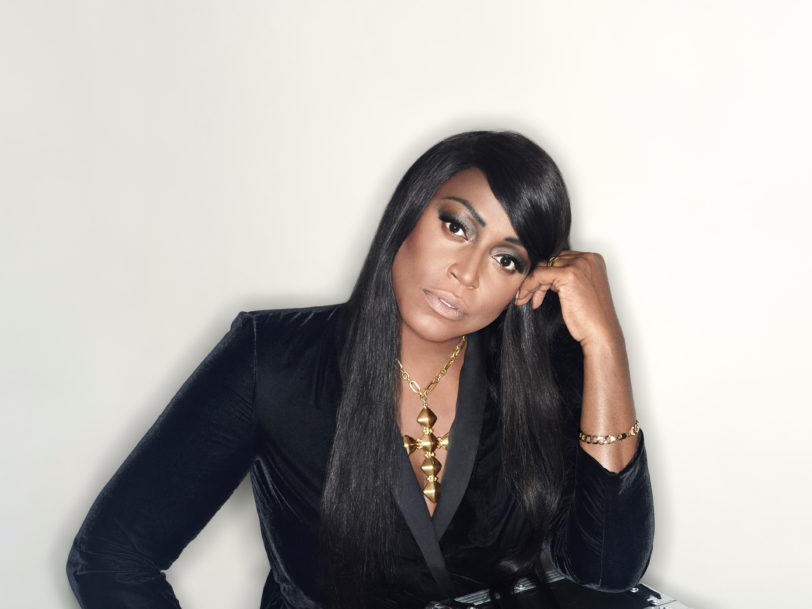 Mica Paris: “I Was Going Home” With Gospel Album

It’s not like Mica Paris to go quiet. Warm and effusive, she has maintained a decades-long career that straddles TV, radio and theatre – not to mention, in the 90s, a string of albums that gave the UK an R&B star who could hold her own against the US heavyweights. But fans of Mica Paris’ music have had to wait 11 years for her to finally break her silence on record, with the release of her new album, Gospel, on 4 December. Fittingly, the album is dedicated to the very people that gave the singer her tireless work ethic: her grandparents.

“It was drilled into me: make your own career”

“My family are the Windrush generation,” Mica Paris tells Dig! Travelling to England from Jamaica, they settled in Brockley, in the south-east of London. “I was raised by my grandparents” – Gwendoline and John Armstrong – “they were super proud; they were very studious. They didn’t play around.” Saving their money, “Mamma” and “Dadda”, as Paris called them, bought a five-bedroom house, providing a home for Paris’ Uncle Paul and Aunt Colleen, Mica’s two sisters, Dawn and Paula, and Mica herself – then going by her birth name, Michelle – the youngest of the three grandchildren. They were one of only two black families on their street. “It was drilled into me,” Paris says. “You never sign on. You must make your own career, your own money.”

That explains why, between the release of her 2009 album, Born Again, and her return with Gospel, Paris hasn’t really stopped. An acting role in EastEnders, as the no-fuss Ellie Nixon, currently brings her into UK homes four nights a week, while a wide range of theatre work – she has had roles in everything from The Vagina Monologues to Chicago – kept her on the stage throughout much of the 2010s. After a two-year stint with Fame wound up in 2019, in London’s West End, she could have been forgiven for taking a break. Instead, Paris found herself in the US, filming a TV documentary about gospel music.

“I finished Fame that October, and then in November I was on the plane with the crew,” Paris says. “We were flying around America, going to the plantation fields. I ended up going to Atlanta, Memphis – everywhere – to find out the history of Take My Hand, Oh Precious Lord, Amazing Grace.” But the BBC, who had commissioned the documentary, didn’t just want the history of the songs; they wanted Paris to tie her own life story in, too. Aired on BBC Four in July 2020, Gospel According To Mica: The Story Of Gospel Music “just kicked”. Paris says. “Everyone went mental about it.”

“My vocal coach was gospel records”

“My grandparents were ministers, so from ever since I can remember, I went to Pentecostal church, seven days a week,” Paris says. “My grandfather was a real militant pastor – ‘You’re going to the fire pit of Hell’ – so you were terrified of him. But he was loving at the same time.” Though the household was strict, Paris says, “It was also great, because there was so much music.” Paris’ aunt, a classically trained pianist, imported gospel records from the US (“It was like gold dust when they arrived”). When the house was empty, Paris would sneak into the front room and listen to them.

“Jamaican houses – that from room was like a shrine,” Paris says. “The sofas have got plastic on them. If anything is moved, they know. So I’d tiptoe into that front room, put the needle on and – oh, baby.” She became obsessed by The Hawkins Family, a gospel group led by the California-based pastor Walter Lee Hawkins. “I’ve never had a vocal coach in my life. My vocal coach was the Hawkins’ records, because we weren’t allowed to bring secular music into the house. While my mates were out playing in the street, I was studying those records. By the time I was nine, I knew how to ad lib like an American black singer like it was going out of fashion.”

Another passion – Rupert The Bear – inadvertently gave Mica Paris her first break. “He was always dressed nice and he looked great,” Paris says – exactly like she had to dress for church: Sunday-best clothes, shiny shoes and a beret. After her grandmother heard her singing the Rupert The Bear theme tune around the house, Paris was told to learn a song to sing in church. She picked The Hawkins Family’s God Will Open Doors.

“I was absolutely terrified”

“I remember walking down the middle of the church and I had my white socks on,” Paris says. “There couldn’t have been more than 50 people there, but I was absolutely terrified. But I noticed when I held the notes really long, everyone started to get into the spirit. So I started holding that note – it was all going off like The Blues Brothers. They were jumping up and down, and then suddenly there was a star: we’ve got this little prodigy.”

With her grandmother as her agent, Mica travelled the country performing at churches. Aged 11, she won her first award, at a New Testament Church Of God convention at Wembley Arena. By 16, however, she felt the draw of secular music. “I was a big star in the church, but it was Jesus every day for 16 years,” she says. “I was exhausted.” Drawn to the records her father would play on visits to the house – Marvin Gaye, Miles Davis, The Isley Brothers – she sought a record deal. With the help of Viv Broughton, who had taken over as her manager, Paris signed to Island Records and reinvented herself as an R&B singer. At 19 she released her debut album, 1988’s So Good.

“I was like the prodigal child running away,” Paris says. “I was on this thing to explore these different genres of music – dance, funk, soul, jazz.” Thirty years later, the gospel documentary brought her back.

“I didn’t realise that I was going home”

“Ten years ago, you could have never said to me, ‘Mica, you’re gonna make a gospel album and go back to your roots. I would have looked at you and laughed – ‘No. Not doing it,’” Mica says. “But this is what happened. And I think about my grandparents up there looking down – that’s why the album is dedicated to them.”

The first stirrings of her gospel album came while filming Gospel According To Mica. “I was very emotional in that documentary. Something was going on with me, but I wasn’t aware of it.” Broadcast following the death of George Floyd, a 46-year-old black man who had been asphyxiated by white Minneapolis police in May 2020, and in tandem a resurgence of Black Lives Matter protests in both the US and UK, Gospel According To Mica shone a new light on music that had grown out of black oppression.

“You go back to the cotton fields, that’s what they were doing for themselves,” Paris says. “They were in so much pain, the relief only came when they were singing those gospel tunes. It gave them a feeling of: we’re going to get through it.” Working through her own emotional response to Floyd’s murder, Paris recorded a new song, In Broad Daylight. And then Warner asked her to record a gospel album. “So I thought, All right. Let’s go and made a record.”

Initially focusing on the six songs that had appeared in Gospel According To Mica – Amazing Grace, Take My Hand, Oh Precious Lord, Oh Happy Day, Go Down Moses, A Change Is Gonna Come and The Struggle, a new song she’d written herself – Paris looked beyond gospel music for other songs that she connected with in a similar way, among them Rag’n’Bone Man’s Human and Labi Siffre’s (Something Inside) So Strong.

“Something’s going on and I can’t control it”

“When I was researching those songs, I didn’t realise that I was going home,” Paris says. “When I sing gospel, something different happens. I’m transported to another place.”

Opening Gospel with (Something Inside) So Strong makes one thing immediately clear: after 30-plus years as a singer, Paris’ voice has developed a gravitas and depth that allows her to inhabit these songs and their history. “Something’s going on and I can’t control it,” Paris says. “I don’t know what it is – it’s out-of-body.”

Having once put religious music to the side in order follow a secular path, Gospel finds Paris taking mainstream rock music to the church, with versions of Foreigner’s I Want To Know What Love Is and U2’s I Still Haven’t Found What I’m Looking For. “I relate to them from a gospel background,” she says. “U2 songs remind me of my church songs. I remember hearing Bono’s voice and going, ‘He’s a white church boy.’ He’s got that soul, man. I Want To Know What Love Is – for crying out loud, if that’s not screaming ‘gospel’. They’ve got the choir in the video!”

The Struggle, meanwhile, found Paris inadvertently writing her own gospel song after interviewing legendary singer Gladys Knight for her BBC Radio 2 show, Mica Meets…, which aired in 2019. “She was supposed to be with me for an hour and a half – four and a half hours we were talking!” Paris says. “She’s telling me her whole story. And when I’m hearing her story, it’s my story: Pregnant. Baby. Men. Used. Abused. Left for dead with the kids. Being black. Being a woman. It’s not easy.” Inspired by the interview, she wrote the song on the flight back home, singing such lines as “All the fathers saying they’ll soon be right back/And here I am waiting for a Hollaback” a cappella into her phone.

“My dad is where I get my voice from,” Paris says of her own father. Though now feeling that she turned in one of her best vocal performances on A Change Is Gonna Come, it had taken Gospel producer Brian Rawling to convince her to tackle Sam Cooke’s civil-rights era classic (“You just don’t want to spoil it. Please, God, don’t let me ruin the song”). But she drew the line at Marvin Gaye’s What’s Going On, a song that has been with her ever since she discovered it in her father’s record collection. “We were so close to putting Marvin on the album,” she says. “Or even Prince’s Sign O’ The Times. Because these are prophetic songs.”

A Change Is Gonna Come “was a life-changing moment because of the civil-rights movement”, Paris says, adding that the events of 2020 are “literally a repeat of that time”. “That’s what’s really going on,” she continues. “Sam Cooke was the 60s. Marvin released What’s Going On in the 70s. And then Prince did Sign O’ The Times in the 80s. It’s sad that we haven’t moved on. We’re still fighting that same friggin’ battle.”

With Gospel, Mica Paris returns to music that hasn’t just defined her past, it has given black artists comfort throughout the decades. “Every black artist, it doesn’t matter who it is, they always go home” to gospel music, she says. “There is no other music that gives comfort like gospel.”

And not just musicians. Though born in the church, gospel music resonates with believers and nonbelievers alike. “There’s something that is different – its intention is to save the soul,” Paris says. “It’s selfless. The songs are selfless. They penetrate your soul and get you out of whatever you’re in, to a better place. That’s the intention of gospel music.”

Gospel is out now, with CDs available on the Dig! store 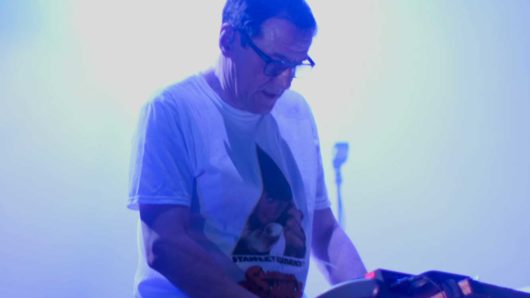 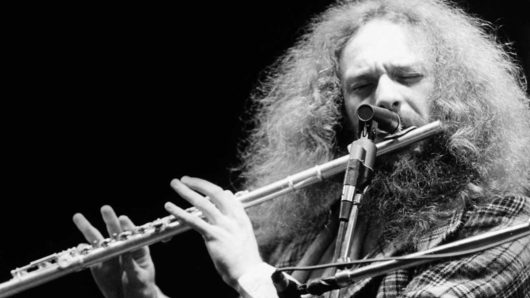