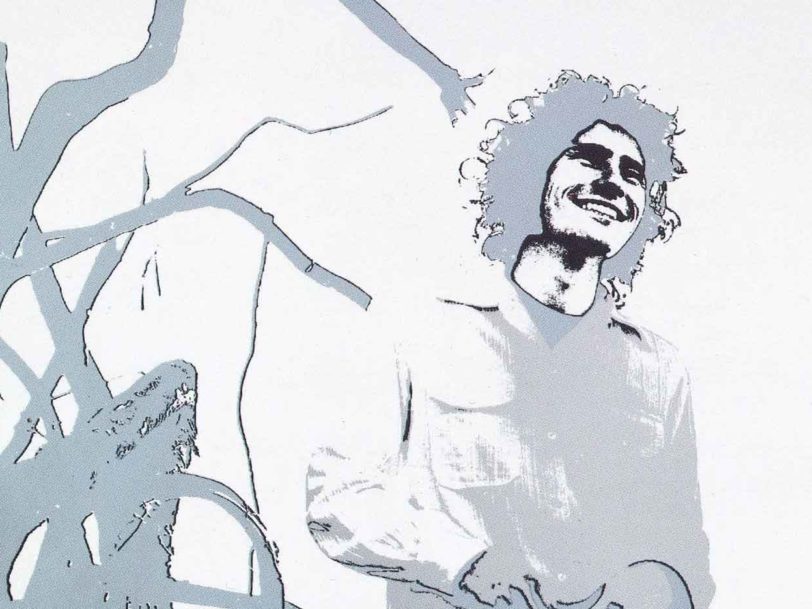 Recorded over three days in September 1969 at Whitney Studios in Glendale, California, Lorca was the fifth and most experimental Tim Buckley album to date. “When I went in to do Lorca, I decided right then it was time to break open something new,” he explained in 1975. “We were getting real tired of writing songs that adhered to the verse, verse, chorus things.” Buckley lived up to his promise of delivering an album that was “further and further from what people expected of me”.

“He wanted to delve into areas that were virtually uncharted”

Buckley, who wrote all the compositions, sang and played 12-string guitar on the record, and brought in a small combo – Lee Underwood on guitar and electric piano; John Balkin on Fender, upright basses and pipe organ; Carter CC Collins on congas – for an album of five extended songs.

The opening title track, which honoured the inspiration of poet and playwright Federico García Lorca, who was murdered by Franco’s fascists during the Spanish Civil War, has an unsettling, languid atmosphere, blending Buckley’s eerie vibrato singing with electric piano and pipe organ, all of which add to the effects of some stark, intimate lyrics that include the line, “Let your woman’s voice run through your veins.”

Buckley had been getting into modern jazz at the time of recording – especially saxophonist Eric Dolphy and trumpeter Miles Davis – and wanted to find his own ambitious free-form mix of jazz, avant-garde folk and rock on the follow-up to Blue Afternoon, which had been released in February 1970. When Lorca followed that June, on Elektra Records, the record’s free-form music was matched by lyrics that were complex and challenging. Anonymous Proposition, the only other track on Side One of the original vinyl, opens with the haunting line, “Love me as if some day you’d hate me,” accompanied by Balkin’s eerie upright bass counterpart. “We never had any music to read from,” Balkin, who had worked with Frank Zappa, recalled. “We just noodled through and went for it, just finding the right note or coming off a note and making it right.”

“Someone is telling you something about himself in the dark”

Buckley described Anonymous Proposition as a “real advance”, adding that “it deals with a ballad in a totally personal, physical presentation… It has to be done slowly; it has to take five or six minutes; it has to be a movement. It has to hold you there and make you aware that someone is telling you something about himself in the dark.”

Side Two of Lorca consisted of three songs: I Had A Talk With My Woman, Driftin’ (the longest track on the album, at eight minutes and 12 seconds long) and Nobody Walkin’, all of which were more melodic than the two openers. I Had A Talk With My Woman features some deft, gentle congas from Collins and some impressive whistling from Buckley. Collins, who also worked with Leonard Cohen, Stevie Wonder and Lalo Schifrin, went totally blind in 1985, and later retired from music to become an environmental activist. The laidback Driftin’ was followed by the faster-paced Nobody Walkin’, a song about the stormy end to a love affair.

“It was a big step for him”

Buckley’s friend Daniella Sapriel later told The Tim Buckley Archives about visiting the musician at home on the day he received the first demo pressing of the album. “He was really excited. It was a big step for him,” she said. “He really liked it and he really felt he had pushed through something from the last album to Lorca. It was great, but it was also clear that this wasn’t what the public was going to find if they were looking for a three-minute hit single for radio.”

Art director William S Harvey decided to try something new for the album cover, too. He commissioned J Seeley, then studying for a Master Of Fine Arts in 1971 from Rhode Island School Of Design, to illustrate a psychedelic image of Buckley, into which they asserted a photograph of the singer’s face, taken by Ed Caraeff. The photographer, who had taken previous cover images of Buckley, also took the back-cover portrait and remembered Buckley looking “young and cheerful” during the sessions.

A moody, atmospheric album, Lorca captures the 23-year-old artist in transition, searching for his musical identity. Underwood, who went on to write a book called Blue Melody, in remembrance of his time with the singer, believed Lorca was a crucial part of Buckley’s development. “Having done his ‘folk’ thing, his ‘rock’ thing and his ‘jazz’ thing, he now wanted to delve into vocal areas that were virtually uncharted,” said the guitarist.

Find out which Lorca track made it into our 20 best Tim Buckley songs.