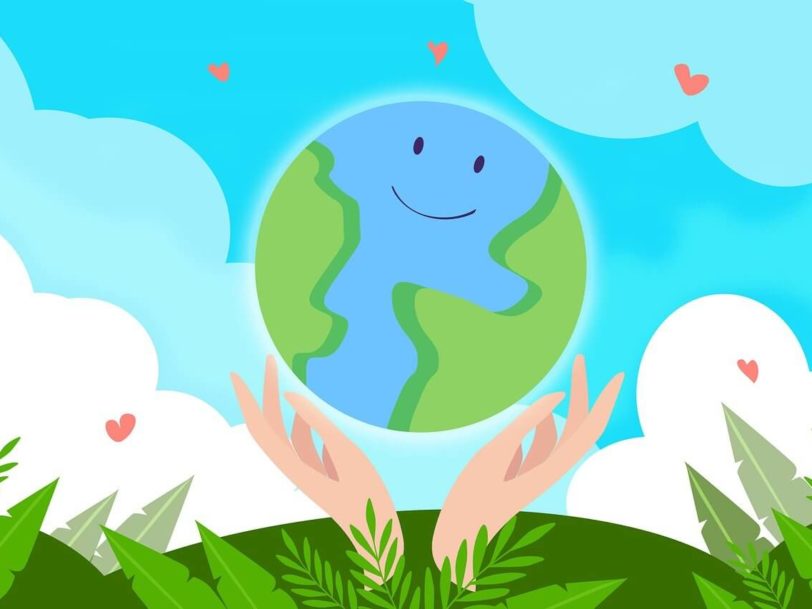 From charity tunes to protests against global warming, the best Earth Day songs remind us that the future of the planet is in our hands.

If there’s one thing the past few years have made clear, it’s that we are living through a period of life-threatening climate change, with extreme weather, rising sea levels and air pollution contributing to animal extinction and threats to our own future. As our planet began showing signs of dramatic deterioration in the middle of the 20th century, Earth Day was launched in 1970 in order to highlight Mother Earth’s fragility. Now, one billion people in more than 193 countries celebrate the occasion on 22 April every year. While some people join protests against global warming, or donate money to charities, many high-profile musicians have written songs that celebrate the planet. Here, then, are the ten best Earth Day songs for ecologically minded music fans.

Released as a charity single in 2019, Earth finds the US rapper Lil Dicky corralling stars to perform as animals – among them Justin Bieber (a baboon), Brendon Urie (pig) and Sia (Kangaroo). Critics may not have taken too kindly to the song, but as an attempt at getting young music fans to consider their carbon footprint, it can’t be faulted.

If we continue to live as we are without making changes to help the planet, we will be left with the kind of landscape Imagine Dragons sing about in Radioactive: a post-apocalyptic wasteland of toxic chemicals, dust and ash, conjured by one of the most disturbing entries among the best Earth Day songs.

In 2007, The Black Eyed Peas’ lead singer released S.O.S (Mother Nature), a song that explores how people are destroying the planet. Lyrics include “We got a new terror threat, it’s called the weather/More deadlier than chemical and nuclear together” and “The gas is rising up, but we keep on filling up/CO2 levels got the whole planet heated up/It’s blazing in the winter, even hotter in the summer”, explaining the damage humans have already done to the environment.

Don’t Go Near The Water finds country singer Johnny Cash painting a bleak picture as he outlines a scenario in which a father warns his son that they both cannot eat the fish they’re trying to catch – the water is not “water” any more, thanks to pollution having taken us far from “a time the air was clean”.

On their third studio album, Construction Time Again, British synth-pop pioneers Depeche Mode explored dark, political themes such as revolution, poverty and pollution. In Landscape Is Changing, the band make clear their thoughts about humans’ destructive effect on the planet: “The landscape is crying/Thousands of acres of forest are dying,” they sing.

Miley Cyrus was only 15 when she released When Wake Up America, which explores themes of global warming, environmentalism and looking after the planet. “We’re all in this together/It’s our home, so let’s take care of it,” she sings on one of the best Earth Day songs of recent years, reminding fans that it will take a unified effort to help save the planet.

Freddie Mercury and Brian May wrote Is This The World We Created…? while thinking about poverty, and felt the song was a way of doing their bit during a time when natural disasters were causing famines that led to the suffering of children in Africa. Fittingly, the band performed it during their game-changing Live Aid appearance in 1985.

Arguably one of the most recognisable songs of all time, What A Wonderful World opens with a reflection on the beauty of the natural world: “I see trees of green, red roses, too/I see them bloom, for me and you/And I think to myself: What a wonderful World”. It’s a poignant reminder that deforestation not only leads to the loss of animal habitat, but to pollution that can blind us to nature’s bounty.

On this Motown classic, Marvin Gaye cries out about blue skies vanishing, oil spilling into the oceans and destroying the sea life, and the overpopulation of Earth. The work of a visionary singer who changed the face of soul music in the early 70s, Mercy Mercy Me was one of the first ever songs to draw attention to global warming and climate change.

Most of Michael Jackson’s hits (Billie Jean, Thriller) may have filled the dancefloor, but songs such as Man In The Mirror and Heal The World were also designed to fill listeners’ heads. On Earth Song, Jackson calls society out for killing animals, the planet – and each other. Earning a Grammy nomination and hitting No.1 in the UK, it remains the most memorable entry among the best Earth Day songs.