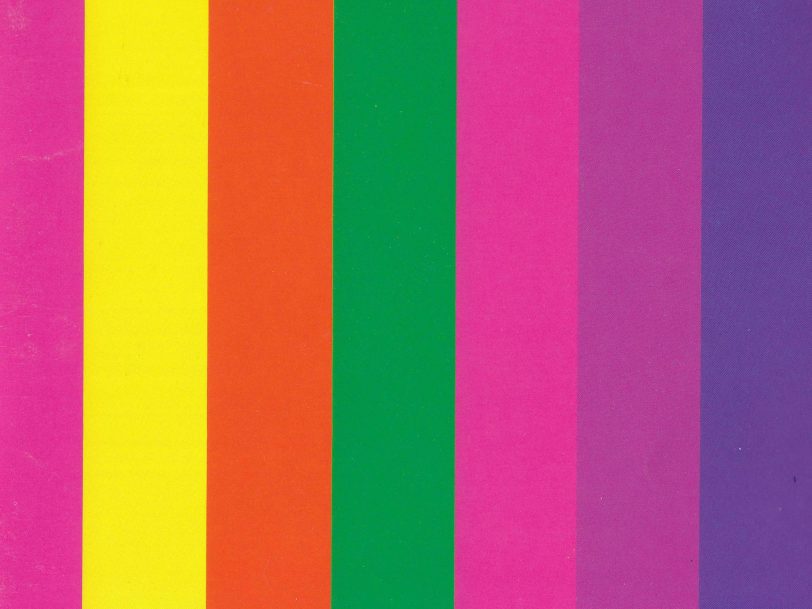 Introspective, the third studio album by Pet Shop Boys, is a bundle of contradictions: a new album of its era but not quite an album in any traditional sense; the duo’s best international seller at that point before the music industry took a seismic shift away from their synth-pop perfection; a project where every track was meant to be a single but only some ended up that way… Even the album’s genesis – the song I Get Excited (You Get Excited Too) – was extracted early for the B-side of Heart, the final single released from Introspective’s predecessor, Actually.

“I think this is our most imperial album”

But any suggestion this 1988 six-song set lacks focus is wide of the mark; it’s arguably the pair at the peak of their power. “I think this is our imperial album,” said Neil Tennant on its expanded reissue as part of the Further Listening collection in 2001. “The one where we felt, making it, that we understood the essence of pop music and so we felt we could do as we liked. And this is what we wanted to do.”

What they did was assemble six outstanding tracks with one common denominator: a simple consistency in keeping the songs long. The idea was to release the recordings from the restraint of the typical three- to four-minute pop format, allowing them to evolve into more complex musical constructions. This was, after all, at a time when remixes were largely confined to stretching radio cuts with extra instrumentation at the beginning or end of a song. Pet Shop Boys helped to change all of that, but the idea to create an entire album from the concept was still a relative novelty (the duo had released the remix collection Disco in 1986, and Madonna had moved the idea forward with 1987’s You Can Dance).

Pioneer producer Trevor Horn first heard Introspective’s eventual second single, Left To My Own Devices, as an instrumental demo by Chris Lowe, with just its title in place as a lyrical base. Neil completed the words across the coming days, crafting a surreal jumble of partly autobiographical anecdotes to create one of the best Pet Shop Boys songs. Though Horn gave it a rich arrangement that suited Neil’s lyrics, the song was later reworked again for its single release, which reached No.4.

Bridging the gap between pop and dance

The influence of club culture is everywhere on Introspective. I Want A Dog had appeared on the B-side of the group’s 1987 single Rent but, here in its Frankie Knuckles remix, it emerges an early house staple, featuring a terrific piano solo by Josh Milan. On Domino Dancing, the album’s lead single, the duo bridged the gap between pop and dance magnificently. Drafting in Lewis Martineé, then having hits with US girl group Exposé, was a masterstroke. The producer reworked the song’s midtempo Latin melody into something urgent and truly exhilarating, supported by perhaps the band’s best-ever video.

The album’s following track, I’m Not Scared, had already been a hit for Patsy Kensit’s band, Eighth Wonder, and Pet Shop Boys’ Euro-pop production, completed in partnership with PWL stalwarts Phil Harding and Ian Curnow, had made No.7 earlier in the year. This time, Neil and Chris drenched the song in cinematic orchestration, creating greater depth.

Including one of the remixes for the band’s Christmas No.1 single. Always On My Mind, was an obvious move, and the pair’s take on the country standard, most famously recorded by both Elvis Presley and Willie Nelson, had yet to appear on a Pet Shop Boys album. Here, the duo reworked the Harding and Curnow remix around the classic 7” cut to create, arguably, the definitive version of the track.

A final cover, Sterling Void’s It’s Alright, closes the album. Produced by Trevor Horn, it was picked as Introspective’s final single, again in re-recorded form. Pairing meatier production ballast with the song’s euphoric political punch, it peaked at No.5 in the UK during July 1989.

Released on 10 October 1988, Introspective went double-platinum to become the group’s best-selling record, and it serves as the perfect introduction to Britain’s most successful musical duo. At six songs, the tracklist may seem slight at first, but the album’s generous 48-minute running time is richly rewarding. Pet Shop Boys may have scaled their commercial peak with its release but, creatively, Introspective proved they were still at the start of something altogether more satisfying.