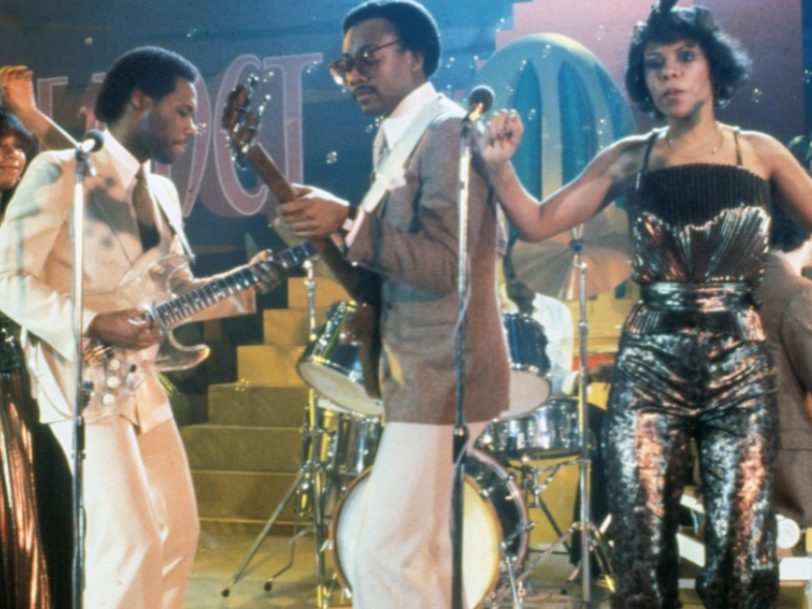 I Want Your Love: Why Chic’s Ode To Unrequited Love Conquers All

For their follow-up to Le Freak, Chic’s dancefloor classic I Want Your Love aimed cupid's arrow straight at the heart of the disco scene.

By the close of 1978, Chic had been officially crowned disco royalty thanks to their hit Le Freak selling seven million copies and peaking at No.1 in the US. Now with an army of loyal subjects dancing the night away to their music in Studio 54, guitarist Nile Rodgers and bassist Bernard Edwards built on this commercial momentum with I Want Your Love, released as their follow-up single in January 1979.

Up until this point, most of Chic’s singles had been about dancing, but I Want Your Love saw the group expand their focus. Featured on their second album, C’est Chic, the song upped the BPM but tackled desire and yearning for a lover from afar, mixing universal themes of forbidden romance into their cool-headed style of funk-lite licks. Still gleaming like an 18-carat medallion and always destined to become one of the best Chic songs, I Want Your Love emerged during the band’s disco gold-rush, and it has a rich story behind it.

“I dreamt the song’s arrangement in its entirety”

As if plucked from his inner subconscious, guitarist Nile Rodgers claimed that the melody to I Want Your Love originally came to him in a dream. “I dreamt the song’s arrangement in its entirety,” he said. A song of unrequited love, Rodgers awoke from his slumber and mapped out the whole arrangement on score paper by his bedside. The lyrics, however, were deeply personal to him. “The lyrics came from the fact that I was in love with a girl who was the best friend of my then current girlfriend,” the guitarist added.

Bringing the sheet music to the studio, Rodgers and bassist Bernard Edwards played the dreamy lament note-for-note and began to craft a lushly orchestrated drama to soundtrack the guitarist’s own sense of longing. Keen to establish their reputations as hitmakers-for-hire, Rodgers and Edwards initially intended for I Want Your Love to be released by Philadelphia girl group Sister Sledge – who would soon score a hit with the Rodgers-Edwards-penned We Are Family – but eventually decided it would be best served as a Chic single. Interestingly, however, the Sledge sisters allegedly did record vocal tracks for the song, and Kathy Sledge has claimed that you can just about hear their voices on the chorus.

“Back then I didn’t know what a sequencer was”

At the time, the most innovative and futuristic disco release was widely considered to be Donna Summer’s 1977 single I Feel Love, produced by Italian electro pioneer Giorgio Moroder. Rodgers was a huge fan of Moroder’s use of Moog synthesiser and sequencer, calling it “the funkiest shit in life”. Keen to make use of similar techniques on I Want Your Love, he emulated I Feel Love’s smooth and repetitive style in the only way he could – by playing staccato stabs of guitar with expert precision. “I didn’t realise he used a sequencer,” Rodgers later explained, “but back then I didn’t know what a sequencer was.”

Proving that innovation is purely about harnessing the resources artists have at their disposal, the fact that I Want Your Love came out sounding so clean and clinical without the aid of such cutting-edge technology is mind-blowing. By essentially becoming a human sequencer himself, Rodgers showed how meticulous his guitar-playing was, interlocking with Edwards’ bass-playing like jigsaw-puzzle pieces falling into place. Arguably, the song’s immaculate production was just as forward-thinking as Moroder’s while still maintaining its allegiance to analogue studio tricks.

“We knew how that was going to be from the beginning”

Ultimately, the icing on the cake for I Want Your Love was its orchestral arrangements, which grabbed listeners by the throat right from the sound of percussionist Jose Rossy’s tubular bells. Masterminded by concertmaster Gene Orloff, the overall sound bore many similarities to the work of Norman Whitfield on Rose Royce’s 1976 hit, Car Wash, though Orloff made some suggestions that would elevate Chic’s song above the competition. “Nile, since we’re going this long amount of time,” he said, “why don’t the strings go up an octave for the second part?” The resulting instrumental moment where the octave shifts and the horns are chased by the strings is as captivating it gets – not to mention considerably daring for a pop record.

Released on 29 January 1979, I Want Your Love became yet another million-selling single for Chic, peaking at No.7 in the US and No.4 in the UK. The way its dream-like inspiration filtered into the studio while the song took shape was undoubtedly a source of pride for Rodgers. “We knew how that was going to be more or less from the beginning when we began writing it,” the guitarist told Blues & Soul magazine in 1979.

He had every reason to be pleased. Not only did I Want Your Love broaden Chic’s songwriting scope by moving beyond dancing to tackle love and relationships, but it also saw their sophisticated mix of elegant basslines and funky guitar grooves literally make dreams come true. You can’t ask for more than that.

Find out where I Want Your Love ranks among our best Chic songs.