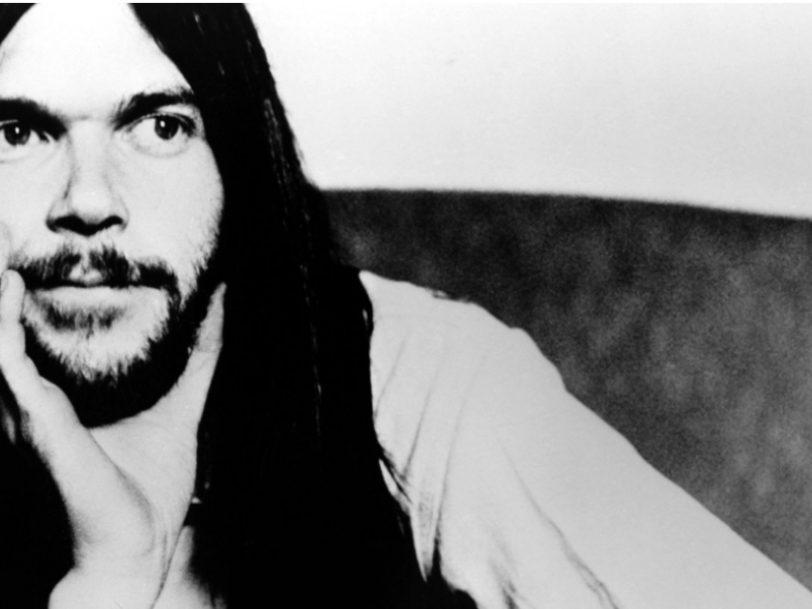 ‘Harvest’: How Neil Young Became The Cream Of The Country-Rock Crop

One of the finest albums of the singer-songwriter era, ‘Harvest’ found Neil Young reaping some of his biggest rewards yet.

When Neil Young was asked about his seminal fourth album on its 40th anniversary, he said: “I think Harvest was probably the finest record that I’ve made, but that’s really a restricting adjective for me. It’s really fine, but that’s it.” The album, released through the Reprise label on 14 February 1972, provided Young with two hits – Heart Of Gold and Old Man – and became the best-selling album in the US for the entire year.

Eight of Harvest’s ten tracks are acoustic, something that came out of necessity because Young, then just 25, was struggling with a debilitating back injury that would ultimately require complicated surgery. The album, which took nine months to complete, was recorded in spurts in Nashville, London and California, in between tours, hospital consultations and a romance that would produce Young’s first child.

When Young recorded his masterful live album at Toronto’s Massey Hall in January 1971, he road-tested, in stirring stripped-down versions, three of the songs that would appear on Harvest: Heart Of Gold, Old Man and The Needle And The Damage Done.

Two of the best Neil Young songs of the era, Heart Of Gold and A Man Needs A Maid, were written in tribute to his new lover, actress Carrie Snodgress, who had starred in the film Diary Of A Mad Housewife. The latter song was recorded at Barking Town Hall in London, with Young on piano and with backing from the London Symphony Orchestra. (The acclaimed classical orchestra also featured on the album track There’s A World.)

At the time of Harvest, Snodgress recalled that Young was smoking a lot of “strong pot”. Though A Man Needs A Maid was clearly not a feminist anthem – Young included lyrics about desiring “someone to keep my house clean, fix my meals and go away” – Snodgress said she had happy memories of the time she fell “madly and immediately” in love with the Canadian-born singer-songwriter. It was no coincidence that Harvest was released on Valentine’s Day.

Young also convinced his bandmates from Crosby, Stills, Nash and & Young to appear on the record. Though David Crosby drolly commented, “Neil needs us about as much as a stag needs a coat rack,” he, Stephen Stills and Graham Nash provided deft backing vocals on Alabama, Are You Ready For The Country? and Words (Between The Lines Of Age).

Young also brought in the brilliant Linda Ronstadt and James Taylor to provide backing vocals to both Heart Of Gold and Old Man. Heart Of Gold was cut in just two takes. “The way Neil makes records, oh my gosh. I have a very, very meticulous way of working. I am an oil painter. I take a long time to get all the parts in tune,” Ronstadt recalled. “With Neil you don’t get the chance. You’re lucky if you’ve figured the part out, he does things so fast… it’s done and it’s brilliant. He’s really got an uncanny instinct to go for the throat.”

Pianist John Harris, who played with Nashville band Barefoot Jerry, was brought in to play keyboards on the slow dance classic that became Harvest’s title track. “Harvest is one of my best songs,” Young said. “That’s the best thing on Harvest.” Young later told his biographer Jimmy McDonough that the ten songs on the album were written when he “was in love with Carrie and feeling on top of the world”.

“How about planting instead of harvesting?”

The most mordant song on the record is The Needle And The Damage Done, an eviscerating composition about the perils of heroin addiction. It features Young’s superb flatpicking guitar playing, and the version on Harvest was taken from a live recording made at University Of California, Los Angeles the day after the Massey Hall concert.

In 2015, Harvest, which opens with the country ballad Out On The Weekend, was inducted into the Grammy Hall Of Fame. Four years later, in an interview with the American Association Of Retired People’s official magazine, the then 74-year-old Young revealed that he had been asked to reprise Harvest for a world tour. “I was just offered millions of dollars for a tour to do Harvest,” he said. “Everyone who played on Harvest is dead. I don’t want to do that. How about planting instead of harvesting?”

Though there was no 21st-century Harvest live festival, there is no doubt that Young’s masterpiece remains one of the finest records of its time.

Check out our best Neil Young songs to find out which ‘Harvest’ songs still reap rewards.