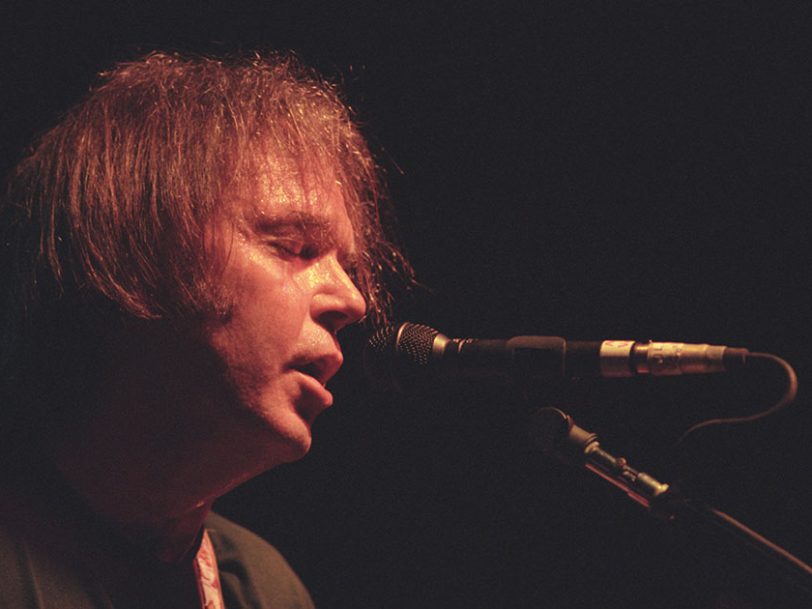 ‘Harvest Moon’: How Neil Young Looked Back To Go Forward

1992’s Harvest Moon album became Neil Young’s most successful release in 20 years. Typically, though, it represented a musical U-turn for the Canadian singer-songwriter. The early 90s had found Young embracing the grunge movement and enjoying his status as a noise-loving father figure to Pearl Jam and Sonic Youth. While touring to promote 1990’s Ragged Glory, Young and his long-serving rock trio, Crazy Horse, were at their most fierce and wild, as evidenced by the following year’s live album, Weld, and its companion release, Arc.

“‘Harvest Moon’ is about making things last, how to keep the fire burning”

An introspective work of subtle beauty, with a sound that harked back to Young’s best-selling 1972 album, Harvest, Harvest Moon couldn’t have been more different from his recent outings with Crazy Horse. However, it provided a contrast that made total sense to Young, as he explained to Musician magazine in 1991: “That’s the way my life is – very extreme. I go from one opposite to the other. I don’t see how much further than Arc [35 minutes of feedback edited together from the Ragged Glory tour recordings] I could go into a metal-crazed kind of expression. I think I pushed the envelope on that one.”

There were factors at play other than Young’s instinct for the contrary. His mother, Edna, had died in 1990 and, after regular exposure to the brutal sounds he unleashed on the Ragged Glory tour, Young had started to suffer from hyperacusis – an intolerance to noise. It’s unsurprising that the next music he’d make would veer towards a mood of quiet reflection.

“This is the same band I used on ‘Harvest’”

In a 1992 interview with Q magazine, Young explained how Harvest Moon became a sequel of sorts to Harvest. “Now that it’s created, it seems to be related to Harvest, but when I started work on it, I had no idea that it was gonna be like that,” he admitted. “The first thing I did was to finish a song called You And Me, which I’d started writing in 1975. Then I wrote a few more songs until I had enough to start thinking about doing a session. I began to figure out which musicians to use and once I’d written down the various names and started calling them, I realised, This is the same band I used on Harvest. So it was the songs which dictated who I played with. Luckily, there was no problem getting the guys together again. Everybody was available; it all happened real easy.”

Intriguingly, Young had been performing a snippet of You And Me as early as 1971, along with working versions of Harvest songs – as heard on the Neil Young Archives Official Bootleg Series release Dorothy Chandler Pavilion 1971, where a few lines from You And Me act a prelude to I Am A Child. Back then, the nascent song shared the bittersweet feeling of one of the best Neil Young songs, After The Goldrush, in the way that it seemed to look back on a past relationship. Twenty years later, however, in its Harvest Moon incarnation, You And Me finds Young sounding haunted, singing ambiguous lyrics that seem to flit between an imagined past with the old flame who originally inspired the song and memories of his years with his then wife, Pegi.

Young is accompanied on the finished You And Me by Nicolette Larson on backing vocals, one of the additions – along with singer Astrid Young and keyboardist Spooner Oldham – to the band that made Harvest. Those new faces joined drummer Kenny Buttrey, bassist Tim Drummond, steel-guitar player Ben Keith, plus Linda Ronstadt and James Taylor on backing vocals, to pick up where Harvest left off two decades before.

“Relationships should enrichen with age”

The dedication on Harvest Moon simply reads “For Pegi”. Talking to NME in 1992, Young gave some insight into the album’s subject matter. “This album here, it’s about making things last, how to keep that interest, how to keep the fire burning,” he explained. “Never get bored with the fact that you’ve been with someone for a long time, it’s a good thing, not a bad thing. Relationships should enrichen with age, that kind of thing.”

That sentiment is echoed by Harvest Moon’s beautiful title track, a celebration of enduring love sweetened by keening pedal steel and Linda Ronstadt’s cooing backing vocals. And it’s revisited on Such A Woman, an awestruck outpouring of devotion matched by Jack Nitzsche’s lavish string arrangement. Young heaped praise on his old collaborator when talking to NME: “Jack’s one of the modern-day masters. His creations are on a par with Mozart and the composers of the renaissance. I feel excited when I come up with something that I can have Jack to help me with, I’m always ready to hear what it is he has. I’ve been working with him since [the Buffalo Springfield single] Expecting To Fly in 1968.”

There’s more looking back on the countrified twang of One Of These Days, in which Young considers past friendships and burnt bridges, promising himself that one day he’ll put things right. And nostalgia also weighs heavy on From Hank To Hendrix – a reflection on a relationship using cultural signposts – and Old King, a banjo-driven tribute to a dearly departed pet dog.

Upon its release, on 2 November 1992, Harvest Moon became Young’s biggest hit since – appropriately enough – Harvest, hitting No.16 in the US and No.9 in the UK, and going on to sell over two million copies in the US alone. It was also a timely reminder of Young’s sensitive side; the following year he’d score another huge hit with the release of his MTV Unplugged session. Neil Young doesn’t often dwell on the past, but this time we can be thankful that he did.