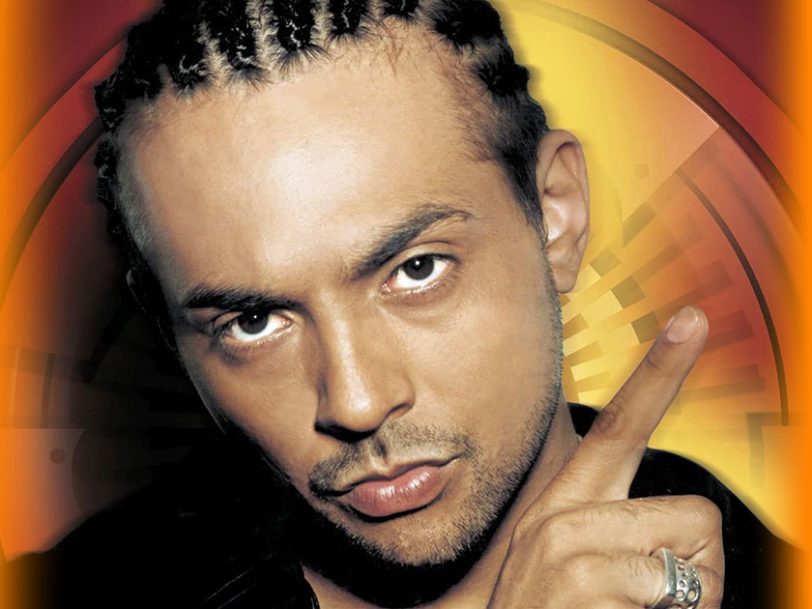 ‘Dutty Rock’: How Sean Paul Took Dancehall Into The Mainstream

Featuring the hit Gimme The Light, the ‘Dutty Rock’ album elevated Sean Paul beyond all other dancehall artists.

Sean Paul Henriques’ Grammy-winning second album, 2002’s Dutty Rock, was his first for a major record label. Part of the Jamaican Dutty Cup dancehall reggae crew, and with seven years of homeland single releases behind him, the keen swimmer and Kingston-born deejay (Jamaican MC) had already hit locally with cuts such as 1997’s Infiltrate. Though the key track on the Playground riddim (the rhythm tracks dancehall music thrives upon) was Beenie Man’s Who Am I, Playground’s producer, Jeremy Harding, saw something of Jamaican legend Super Cat in the young Sean Paul, and so began a long and fruitful relationship. Harding went on to manage Paul, and subsequent efforts such as Report To We (1998), plus Hot Gal Today, Tiger Bone (both with Mr Vegas), Faded and Check It Deeply (all 1999) built on these beginnings, and most of them made up a chunk of Paul’s 2000 debut album, Stage One.

The exact point at which Sean Paul’s career went crazy

In many ways, Dutty Rock continued in this fine dancehall tradition of wrapping hit singles among obscure, tough local cuts and some specially recorded new material (the Jamaican singles included in the album had originally come out in 1999). Indeed, the intro skit has a Cockney rocker offering up his inappropriate band to re-version Deport Them, Hot Gal Today and Infiltrate. However, with Dutty Rock we were witnessing the graduation of one of Jamaica’s most relatable artists since the rise of the island’s other legendary crossover icon, Bob Marley.

Following the intro, Dutty Rock kicks in with the strident Shout (Street Respect), produced by reggae mainstays Sly & Robbie and based on their grumbling, drum’n’bass-esque Tabla riddim, with musical accompaniment from maverick newcomer Lenky. Gimme The Light, though, was the exact point at which Sean Paul’s career went crazy. An immediate international hit, the track rides Troyton Rami’s infectious Buzz riddim and sums up Sean Paul’s wide appeal: anyone who has ever seen the song performed in sign language will know how easily its fun-loving message translates. While most Jamaican artists were focused on the local market, deploying byzantine patois expressions in their music, Paul was more attuned to a worldwide audience. One of Gimme The Light’s remixes, also included on the album, proved the point by featuring marquee rap star Busta Rhymes. (Returning the cross-cultural favour, Paul also featured on that year’s remix of Busta’s Make It Clap, and he also appeared on a remix of Clipse’s breakthrough single, Grindin’.)

A departure flips the script

The third single to be pulled from the album, Like Glue (with a touch of early Auto-Tune on the intro) rides Tony Kelly’s rolling Buy Out riddim – again popular in dancehalls – with Sean Paul providing breezy vocals on top. Dutty Rock’s second single had been the international smash Get Busy, which features the manic, handclap-driven Diwali riddim, produced by Lenky. (One of the biggest riddims of that year, Diwali birthed multiple chart-botherers, among them Wayne Wonder’s smooth No Letting Go, Lumidee’s curiously crestfallen Never Leave You (Uh Oooh, Uh Oooh) and Rihanna’s Pon De Replay). Boosted by a video that gained notice at the MTV Video Music Awards, Get Busy also spawned a remix which featured the rabble-rousing chants of hip-hop hypeman Fatman Scoop, with The Crooklyn Clan thrown in for good measure.

Landing at the album’s midway point, I’m Still In Love With You is a cover of the reggae classic by Alton Ellis, making a departure for Sean Paul, who flitters around the melancholy vocals of dancehall star Sasha. Produced by two of dancehall’s finest, Steely & Clevie, it was Dutty Rock’s final single, and it recalled the duo’s classic work revisiting Dawn Penn’s You Don’t Love Me in the early 90s. International Affair then flips the script, with producer Mark Ronson sampling another record on the I’m Still In Love With You riddim, Althea & Donna’s much-loved Uptown Top Ranking, giving Sean Paul and Costa Rican singer Debi Nova a hip-hop backdrop in the process.

Originally released as a single in 2001, Can You Do The Work returns to Jamaica, using Jeremy Harding’s R&B-tinged Liquid riddim, an enormous dancehall hit. Featuring top female deejay Ce’cile, the song finds Paul in a tug of way between the sexes.

Released even earlier, in 1999, Punkie is a Richie D production, and it appears on Dutty Rock in English and Spanish – a nod to dancehall’s ongoing influence on reggaeton. My Name also dated back a few years and rides the banging Scarface riddim, originally produced by Beenie Man’s production svengali Patrick Roberts, while Jukin’ Punny is based on Rookie’s insistent Superstar riddim, another rough (and explicit) local hit.

After this pack of rude anthems, the growling Bubble switches things up once again. Featuring Sean Paul’s hypeman Farenheit, it was built by Pharrell Williams’ innovative production duo, The Neptunes, who had also produced Clipse’s Grindin’, and it helped secure Paul’s assault on US Black music’s home turf. Shake That Thing uses Rami’s portentous Surprise dancehall riddim, and then the album’s American and Latin influences continue with Esa Loca, which features R.O.B.B. and hip-hop DJ Tony Touch.

Taking things back home, It’s On sits on the creeping Trilogy riddim, produced by dancehall lynchpin King Jammy, alongside his then hot new apprentices Ward 21; included on some editions of Dutty Rock, the 2000 cut Samfy I rides the Latin-tinged Glue riddim, from producer Shams.

On a completely different level to other dancehall artists

Originally released on 12 November 2001, Dutty Rock was reissued the following year, with a revamped tracklist. Some tracks were cut, but, crucially, Sean Paul’s collaboration with Beyoncé and Jay-Z, Baby Boy, was added. Teaming up with the R&B firecracker just as her solo career was exploding was a sure sign that Paul was already on a completely different level to most other dancehall artists.

Since then, Paul’s career has gone from strength to improbable strength: also in 2003, he duetted with Blu Cantrell on the massive R&B hit Breathe; the following year he featured on Kool And The Gang’s remake of their 1979 disco hit Ladies Night. By the time of his third album, The Trinity, issued in 2005, Paul could call upon Carlos Santana, Joss Stone and Rihanna to make guest appearances on his records.

Solo, his hits since have included Pick It Up And Drop It and She Doesn’t Mind. Most of all, however, Sean Paul’s international pop collaborators have been endless: Wyclef, T-Pain, Pitbull, Lil Jon, Kelly Rowland, The Saturdays (on the 2013 UK chart-topper What About Us), Nicki Minaj, Iggy Azalea, Enrique Iglesias (on Latin favourite Bailando), Paul McCartney, Jon Bon Jovi, Sheryl Crow, Angélique Kidjo, Dua Lipa, Clean Bandit (on the 2016 international chart smash Rockabye), Sia (on that same year’s hugely successful Cheap Thrills), Migos, Meghan Trainor, David Guetta and Gwen Stefani.

Clearly, Sean Paul is a confirmed global icon. But it all started back in Kingston, Jamaica, with Dutty Rock.

Check out our best Sean Paul songs to find out which ‘Dutty Rock’ tracks made the cut.