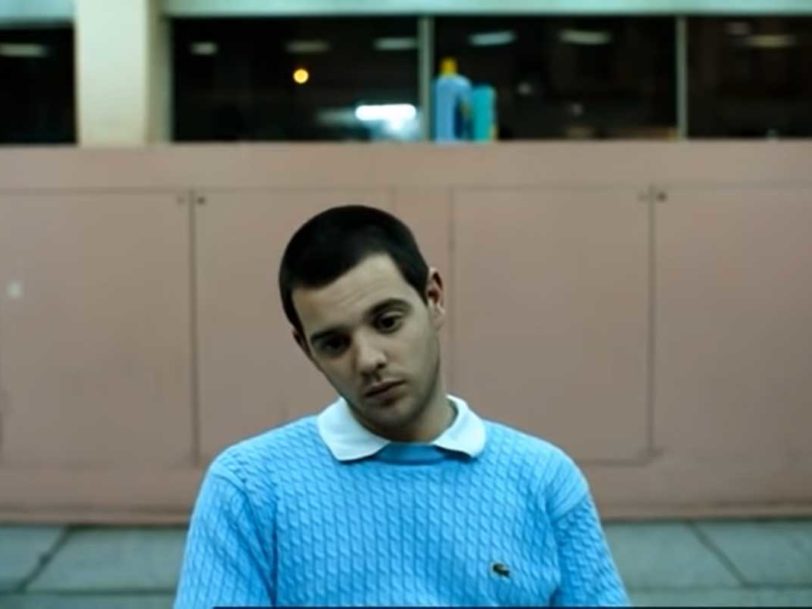 In the summer of 2004, Mike Skinner’s UK garage-derived rap project, The Streets, was riding a wave of critical and commercial success with their sophomore effort – the full-blown concept album A Grand Don’t Come For Free. It was just months on from the record’s lead single, the jaunty, played-for-laughs Fit But You Know It, and anyone who hadn’t heard the full album didn’t know what was about to hit them… The polar opposite of Fit But You Know It, the record’s second single, Dry Your Eyes, offered consolation at a time when Britain’s male population needed it most.

A fresh take on the breakup song

As June came to an end, England had once more dropped out of the latest Euros on penalties (the other home nations hadn’t even qualified), leaving heartbroken fans looking for solace – and Skinner was ready to deliver. Not that he was a stranger to composing more delicate pieces, but the unimpeachable It’s Too Late, from The Streets’ debut album, Original Pirate Material, remained purely an album track on a record that was spoilt for choice for singles. Now, however, as the public became more familiar with his work, it was time to pull out the big guns.

Released on 19 July 2004, Dry Your Eyes found Skinner, blindsided by an unexpected breakup, analysing a moment in which his whole life turned around. Twisting every which way to escape his fate (“I can change, and I can grow”), and thinking up ever more intolerable solutions (“We can even have an open relationship if you must”), Skinner eventually gives in to despair (“I’ve got nothing/Absolutely nothing”), and in steps a pal to offer comfort in the song’s chorus.

While love and relationship songs are ten-a-penny in popular music, this was a fresh take on the subject – particularly in hip-hop, and British men more often noted for their emotional reticence. Skinner picks up on this trait (“I know in the past I’ve found it hard to say”) in a way that ensured his unabashed vulnerability would have a significant impact. After all, most male bonding on hip-hop tracks involved disrespecting women, not cloying for them. But as Skinner expresses his frustration with his partner, he is offered some sage advise: “I know you want to make her see how much this pain hurts/But you’ve got to walk away now, it’s over.”

Built on a slow, subdued beat and acoustic guitar, the song also features exclusively male backing vocals, deepening the sense that Skinner has something to say about communication between males (an unreleased version even featured Coldplay’s Chris Martin on the chorus). However, the thumbscrews are really tightened with a recurring, movingly evocative violin line from future Streets contributor Ed Harcourt’s soon-to-be wife, Gita Langley.

A part of British culture

To demonstrate the personal tradition Skinner was working in, a live version of It’s Too Late featured as a B-side to Dry Your Eyes, and, unusually for The Streets, no attempts were made to remix the unimprovable lead track, with just a radio edit trimming it down and skipping the naughty words. The single’s artwork, meanwhile, featured a note from Skinner to the source of his grief – plus the omnipresent Streets’ lighter logo. Dry Your Eyes’ video clip, meanwhile, saw a trusty Staffordshire Bull Terrier offering Skinner a shoulder to cry on as he sulked around deserted urban environments in a Stone Island jacket and pastel-blue Lacoste cable-knit jumper (“You lose”, flashes an arcade game).

Dry Your Eyes’ universal appeal was cemented just months after its original release, when, improbably, Ireland’s one-time Eurovision singer Brian Kennedy recorded a cover version; the song also inspired comedy sketches by Adam Buxton and Skinner’s fellow-Midlander Lenny Henry. By the time Skinner performed it with Heritage Orchestra at the 2008 BBC Electric Proms, Dry Your Eyes – and Skinner himself – had truly become a part of British culture.

The maverick wins out

While hip-hop love songs go back to the genre’s 80s Golden Age (LL Cool J’s I Need Love; De La Soul’s Eye Know), even by the early 21st century, they were yet to become a regular fixture. Only those that relied on comedy or presented as R&B crossovers seemed to make it through, while Common’s The Light stood out a mile in 2000. With Dry Your Eyes, however, Skinner found a way into the subject that worked, and he repeated the trick in 2006, when he swapped breakups for bereavement with Never Went To Church, from A Grand Don’t Come For Free’s follow-up, The Hardest Way To Make An Easy Living.

In doing so, Skinner contributed significantly to the massive uptick in rappers pouring their hearts out in the years that followed. From Drake to Kanye and Kendrick, it’s now commonplace for your favourite hip-hop icon to bare all and admit to their inner turmoil. Several of the UK’s most heart-on-sleeve MCs – Tinchy Stryder, Wretch 32, Professor Green, Example – even worked with Skinner first. The maverick won out.

Check out our best Streets songs to see where Dry Your Eyes ranks.