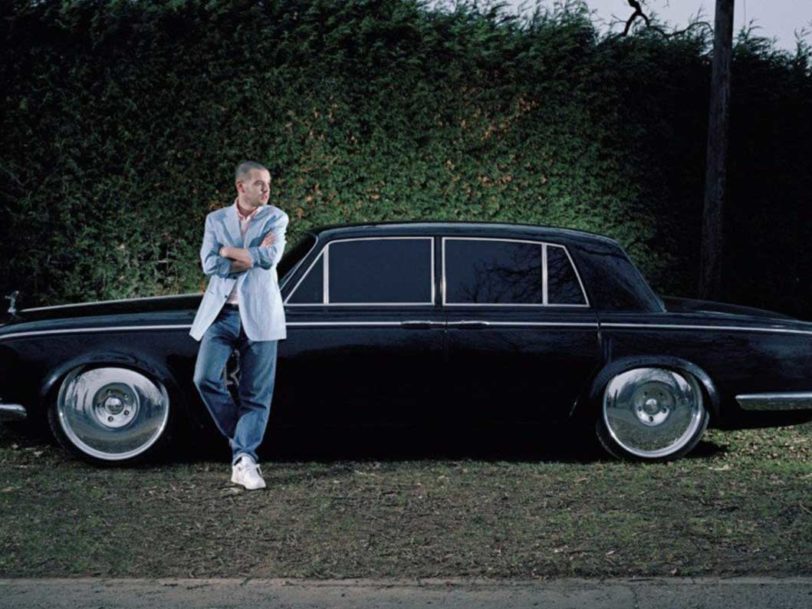 Birmingham-born Mike Skinner, aka The Streets, opened up a world of 21st-century musical possibilities with his first single, Has It Come To This?, and his subsequent – eclectic – debut album, 2002’s Original Pirate Material. He also introduced his almost music-hall “geezer” character on songs such as Don’t Mug Yourself, expanding upon this for his second record, the highly relatable concept album A Grand Don’t Come For Free (2004), which was framed around an enjoyably rambling story about a lost £1,000, and boasted the hit singles Fit But You Know It and Dry Your Eyes. By 2006, however, the success of this sophomore effort had twisted together with personal upsets to leave Skinner in a good position to deliver his compact and successful – but sometimes underestimated – third album, The Hardest Way To Make An Easy Living. Touched by the engineering hand of UK garage legend Mike Millrain, it largely revolved around Skinner’s experiences in the music business, and the often corrosive effects that had had on him. He started as he meant to go on, posing in a suit jacket and leaning against his Rolls Royce for the album cover…

Listen to The Hardest Way To Make An Easy Living here.

The shiny modern hip-hop of album opener Prangin’ Out sees Skinner starting his day in a cocaine-addled state and utilises vocals from Example. Skinner, always noted for his dedication to seeking out new UK rap talent – including dabbling in drill – had signed Example to his own label, The Beats Recordings, several years before the MC scored solo chart success. In a vision of where Skinner himself could have ended up, the single version of Prangin’ Out also saw him propping Pete Doherty (The Libertines, Babyshambles) up to deliver some bohemian poetry.

The hottest remix, however, came with an all-star grime version of the song. Skinner had transformed singles from The Streets’ second album in this way, most notably with an excellent resetting of Get Out Of My House, showcasing D Double E, Kano, Bruza and Demon. For Prangin’ Out, he brought in Skepta (impressively fitting all three Streets album titles into his verse), Ghetts and Tinchy Stryder (then acclaimed for his work with Ruff Sqwad, but poised to launch a successful solo career), plus early appearances from Devilman and Wretch 32 – another MC already very proficient, but some time away from his commercial breakthrough. It eventually got a proper release on 2019’s Remixes + B-Sides Too.

The Hardest Way To Make An Easy Living’s title track features Teddy Mitchell, of The Mitchell Brothers – a Ghanaian British rap duo who were another Beats Recordings signing – and includes a dizzying litany of the costs that went into the daily running of the label (which possibly didn’t extend to the upkeep of their makeshift studio in a battered old one-storey London insurance office, affectionately known as The Shed, which was proudly featured on the album’s inner artwork). The song has a curious hint of Oliver! songwriter Lionel Bart to its whistling tune, suggesting that You’ve Pick A Pocket Or Two might be another good way of summing-up the music business.

The relationship song All Goes Out the Window follows. A collaboration with regular Streets contributor Leo The Lion, it continues to explore the more sensitive side of Skinner’s material, which had marked its beginnings with the superlative It’s Too late, from Original Pirate Material. The album then continues with twin hip-hop head-nodders Memento Mori and Can’t Con An Honest John, which cover consumerism and confidence tricks, and feature busy singers Laura Vane and Ny, respectively.

The album’s deceptively lively, soca-referencing first single, When You Wasn’t Famous, again features Teddy Mitchell, and recounts a crack-sprinkled affair with a pop star. Example took centre-stage to provide a stripped-back version for one of the singles, while Doctor and Bearman (who flaunted a similarly music hall-influenced style to Skinner) also pitched in, as did yet another Beats Recording signing then at the start of his career, Professor Green. The latter won out with his youthful and honest recounting of how lacking in fame he was, and has since gone on wear his heart on his sleeve in both his music and his subsequent career as a media celebrity – testament to the influence Skinner had on his signings, and on British culture in general.

The gospel-tinged single Never Went To Church took a similar approach to Skinner’s biggest hit, Dry Your Eyes. Both deliver their emotional material in ways the average punter could relate to, and this time Skinner dealt with the death of his father, over chords which recall The Beatles’ Let It Be. The single release included a delicate cover of Skinner’s track as a B-side, performed by Guillemots (not the only such recording associated with The Hardest Way To Make An Easy Living), in a nod to the then-popular indie/grime crossover genre, grindie.

A prescient album for an era of influencers

Reminiscent of Ruff Ryders, Hotel Expressionism starts the triptych of music-business absurdity which completes the album, turning tour excesses into an artform. Elsewhere, the bluesy Two Nations illustrates how far Skinner had come from his roots: originally recorded for a posthumous Notorious B.I.G. collection, the song had been rejected for that project – possibly because of its lively baiting of Americans – but it fits decidedly better on The Hardest Way To Make An Easy Living, with Leo The Lion joining in on the choruses. The evocative Fake Streets Hats then closes the album in a crescendo of preposterousness. Concerning a gig at which Skinner threw a wobbler over seemingly fake band merch, while also bringing to mind an incident in which a prickly and paranoid Marc Almond misunderstood a customer-service query as to whether he was “Almond, as in the nut?”

Released on 10 April 2006, The Hardest Way To Make An Easy Living told the warts’n’all story of Mike Skinner’s life in music, and set him up nicely to discuss life’s bigger picture – with his trademark common touch – on The Streets’ snappy fourth album, 2008’s Everything Is Borrowed. Some critics may have suggested it had little relevance to the general public, but his third record now seems a prescient release in an era dominated by internet influencers now learning how hard it really is to make an easy living.