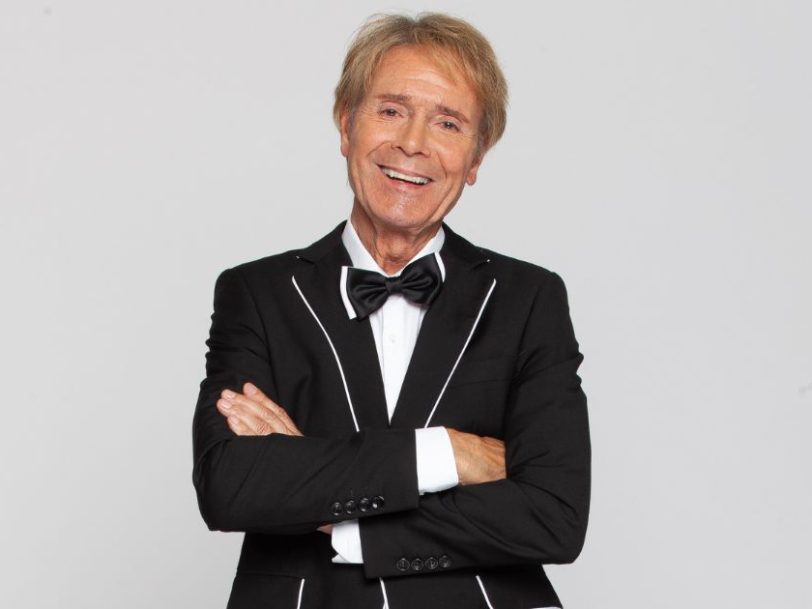 ‘Christmas With Cliff’: Cliff Richard Seeks Solidarity Through The Holidays

Cliff Richard long ago secured his place as a permanent Christmas fixture, thanks to Mistletoe & Wine. One of the best Christmas songs of all time, it scored Sir Cliff the UK’s coveted Christmas No.1 spot in 1988, extending his remarkable run of No.1 singles into its fourth consecutive decade (of a phenomenal five). He’s since drawn from the same seasonal source on many occasions (Saviour’s Day, Santa’s List, 21st Century Christmas), but, remarkably, 2022’s Christmas With Cliff is only his second Christmas album. Forget living dolls in an age of AI technology; coming almost two decades on from his first Yuletide record, Christmas With Cliff is the gift fans have truly been waiting for.

Listen to ‘Christmas With Cliff’ here.

Released on 25 November 2022, less than two months after Cliff Richard celebrated his 80th birthday. Christmas With Cliff pulls off two things at once. Unmistakably seasonal – it arrives with sleigh bells, good tidings and even a gospel choir – the album also underscores just how much ground the octogenarian icon has covered in his eight decades on Earth. It was over four decades ago that he dipped his toe into the nascent synth-pop scene, with his 1981 hit Wired For Sound, and here he revisits that territory again, with a surprisingly electronic overhaul of Jingle Bell Rock, best known for the rockabilly hue of Bobby Helms’ original recording, released just six months before Cliff issued his debut single, Move It, in the late 50s.

But then Cliff has always followed his own path, and has said that Christmas With Cliff’s co-producers, Sam Hollander and Chris Walden, “guided me through the ‘well known’ Christmas songs and freed me to sing them my way”. Hear, then, an emphatic Sleigh Ride, which would glide smoothly along as if through powdery snow were it not for a pair of tubthumping calls to action, crowd cheers and all. Recording the album in the run up to a World Cup, it’s as if Cliff had the vuvuzelas of the best World Cup songs in mind as he drove Sleigh Ride over the finish line.

A very personal Christmas with Cliff

Elsewhere on Christmas With Cliff, he pays full service to his early years as a onetime rock’n’roll heartthrob, delivering Rockin’ Around The Christmas Tree with all the laidback charm of a man for whom that 50s backbeat is in his DNA. Yep, he really was the “British Elvis” back in the day – and the album also includes a sultry Blue Christmas to prove it.

So that’s electro-pop and vintage rock’n’roll covered. A few more layers of wrapping come courtesy of the sumptuous string arrangements that give Joy To The World a widescreen grandeur before clearing the way for Cliff to stride through in exultant balladeer mode. His most jubilant delivery is, however, reserved for a take on one of the best gospel songs of all time, Go Tell It On The Mountain, Cliff leading a gospel choir through fevered “tell somebody” refrains as if he were on top of the world. And no surprise: much has he has always celebrated the thrill of giving and the joys of togetherness during the holiday season, he also remains committed to the Christmas season’s spiritual underpinnings, making the back-to-back pairing of When A Child Is Born and Mary, Did You Know a centrepiece to the very personal Christmas With Cliff.

A hymn to solidarity

Jesus’ birth is central to Heart Of Christmas, too, but, as on Mistletoe & Wine before it, Cliff demonstrates his broad appeal by ensuring that the song, one of three originals on Christmas With Cliff, includes entry points that secular celebrants can enjoy. “The streets are glistening with lights/And hearts are full of hope and love/While children carol Silent Night/Can you hear them?” he sings, evoking Yuletide traditions inclusive of everybody, no matter their religious affiliation, before leading listeners to the message he hopes to impart.

How to deliver that message seems to have been deeply considered. Opening with the bell-ringing and carolling backing vocals of It’s The Most Wonderful Time Of The Year and closing with Six Days After Christmas (Happy New Year), Christmas With Cliff is its own mini narrative within the wider Christmas story, Cliff ensuring that, above all, listeners take from it appeals for unity. At the end of these often buoyant proceedings, Six Days After Christmas (Happy New Year) strikes a thoughtful tone, Cliff choosing “to remember good times with good friends” while also looking ahead to what the new year will bring.

If the early 2020s has proven anything, it’s that we can never predict what’s in store. From its title down, Christmas With Cliff is a hymn to solidarity during uncertain times. “This album is not just mine,” Cliff has said. “It belongs to all of us involved in creating it.” And, in sharing it with the world, Christmas With Cliff now belongs to everybody.