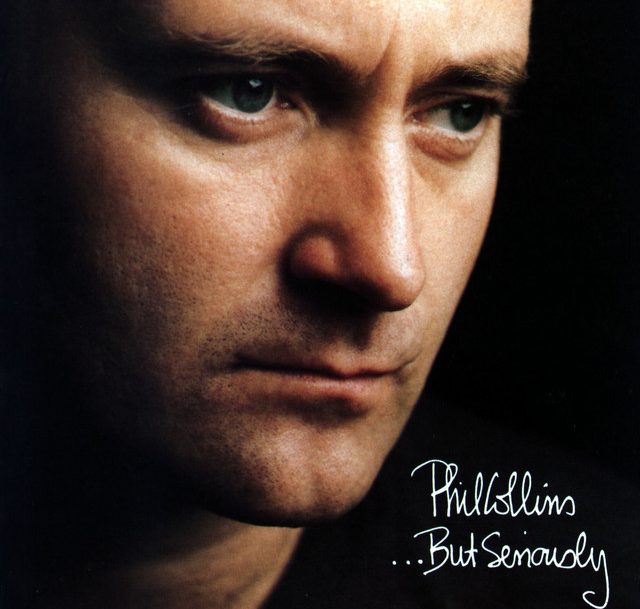 With ‘… But Seriously’, Phil Collins turned his sights on the state of the world and capped off the 80s with a socially conscious master class.

From popularising gated reverb production techniques to performing at Live Aid, the success of Phil Collins’ 80s solo career had turned him into one of the decade’s biggest pop stars. By 1989, however, it had been five long years since the Genesis frontman’s last solo record. Having courted Hollywood stardom thanks to his lead role in the 1988 comedy movie Buster, Collins was keen to use his position to raise awareness of social and political causes that were close to his heart. His next album, the earnest, sobering … But Seriously, capped off a decade in the spotlight by showcasing Collins’ depth and maturity as a songwriter, wasting no time at all with a hit now regarded as one of the best Phil Collins songs of all time…

Listen to ‘… But Seriously’ here.

Released as … But Seriously’s lead single in October 1989, Another Day In Paradise saw Collins deftly tackle the issue of homelessness after seeing lines of cardboard boxes just a stone’s throw away from The Capitol Building, in Washington, DC. “I was amazed by how many people I saw living in boxes,” Collins said, aghast at witnessing such poverty in such a wealthy city.

Directly confronting the problem, Collins wrote a song challenging people who turn a blind eye to those in need. “I’m talking about your man on the street that actually just has not got a roof over his head,” he explained. “There’s so much of that in Europe, in America, all over the world now.” Blending social commentary with a synth-aided pop hook, the song struck a chord with the record-buying public and immediately went to No.1 on the US Hot 100.

The plight of the homeless remains an issue Collins still cares deeply about – and he has put his money where his mouth is. Not only has the singer allowed Another Day In Paradise to be used in numerous charity campaigns for the homeless, but he has also regularly donated money to local refuge shelters while on tour.

Released on 20 November 1989, … But Seriously jettisoned Collins’ mid-80s penchant for dance-pop in order to embrace a more cerebral lyrical outlook. Reflecting on political strife and social discontent, it boasted a set of soft-rock musings that gave Collins’ world-weariness a very personal touch. “This, I think, is the most solid album that I’ve done since Face Value,” he said upon the album’s release. Instantly making a splash, the new record topped the charts in both the UK and the US, becoming an overnight commercial success.

In January 1990, Collins released … But Seriously’s second single, the monsoon-inducing power ballad I Wish It Would Rain Down, featuring lashings of guitar solos from his friend and blues master Eric Clapton. Despite being drawn from an album of sombre social critiques, the song proved Collins could make gargantuan hits out of any subject matter. Reaching No.7 in the UK, I Wish It Would Rain Down roars with all the power of a heavy downpour; by the year’s end, it had become the biggest-selling song of 1990.

Undoubtedly, … But Seriously is best seen as a thought-provoking reflection on a decade that, thanks to events such as 1985’s Live Aid, ignited public awareness of social causes. Differing from the likes of Bono and Sting, however, Collins wrote songs that offered a first-person, conversational tone that was less confrontational but more accessible, sung frankly but with genuine sincerity. In doing so, he ensured that … But Seriously stayed true to the relatable pop songwriting style that had made him a household name.

“Sometimes a clear-cut, straight-ahead viewing of things isn’t a bad way to go”

Anchored by Collins’ emotional perspective, the songs ran the gamut from the Peter Gabriel-esque opener, Hang In Long Enough, to Motown-inspired soul-pop and slow-burning ballads, all attempting to exorcise the ghosts of global injustice. Tackling everything from The Troubles in Northern Ireland (That’s Just the Way It Is) to racism and political struggles in apartheid-era South Africa (Colours) and the riots that broke out in the Brixton area of South London in 1981 (Heat On The Street), Collins reflected, “Sometimes a clear-cut, straight-ahead viewing of things isn’t a bad way to go. It’s how a lot of people think.”

Yet for all its political outspokenness, … But Seriously remains an accessible pop-rock record that explores Collins’ view of modern relationships. Having been invited to write a song for the soundtrack of Danny DeVito’s 1989 movie, The War Of The Roses, he penned Something Happened On The Way To Heaven. “It’s about a relationship falling apart,” Collins later said. When the song was rejected, he recorded it himself and released it as … But Seriously’s third single. With a Motown-inspired blast of horns that helped it to No.4 in the US, the song offered a visceral dissection of marital rivalry.

For Collins, the personal and political go hand in hand. Elsewhere on the album he opens his heart with Father To Son, a song written as “a guideline for life” for his then 13-year-old son, Simon. Even more masterful is Do You Remember?, a touching ballad that ponderously explores a conversation with an ex-lover with pangs of regret and nostalgia. Released as a single in April 1990, it continued … But Seriously’s commercial triumphs by becoming the fourth song from the album to break the Top 5 in the US.

Rounding off the 80s as perfectly as he had begun it, Phil Collins entered a new decade standing taller than ever. Not only was Another Day In Paradise the last No.1 single of the decade, but its parent album was the first chart-topper of the 90s, selling 2.7 million copies to become the UK’s best-selling record of 1990. “I bestride the changing of the decades like a… five-foot-eight colossus,” Phil Collins wrote in his memoir, Not Dead Yet.

… But Seriously’s impact was even more significant in the US, where it shifted four million copies, and Another Day In Paradise won Record Of The Year at the 1991 Grammys. Despite its overtly political subject matter and its commitment to social commentary, the album struck the cultural zeitgeist and reminded listeners of Collins’ peerless songwriting talents. Continuing his reign as pop’s favourite everyman, he weathered the storm of a disillusioned decade in the best way possible. The forecast for his future was brighter than ever.