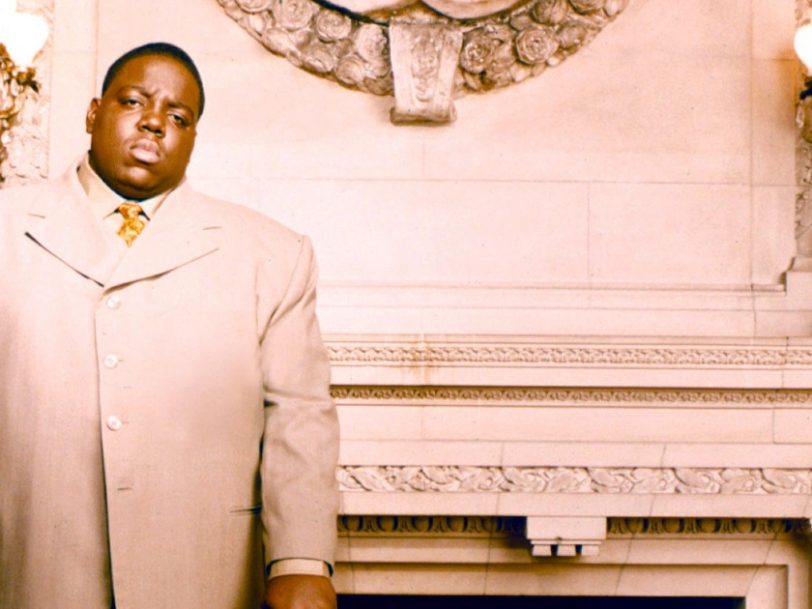 Big Poppa: How The Notorious B.I.G. Became The Daddy Of NYC Hip-Hop

Stepping out as an unlikely hip-hop loverman, The Notorious B.I.G. ensured that Big Poppa would live in the memory as a certified classic.

New York City’s The Notorious B.I.G., aka Biggie Smalls, released the platinum-selling, Grammy-nominated single Big Poppa on 30 December 1994. It was the second song to be lifted from the Brooklyn MC’s acclaimed debut album, Ready To Die, which had been issued earlier that same year by Bad Boy Records, the label run by Biggie’s mentor, Sean Combs. One of the best Notorious B.I.G. songs, Big Poppa would also become one of the most significant and defining releases in the hip-hop icon’s short life.

Regular Biggie hypeman Combs – aka Puff Daddy – takes the intro on the song, which is dedicated “to all the ladies in the place with style and grace”. The overweight bad-boy loverman then steps into the fray, offering shout-outs to fellow-travellers Junior M.A.F.I.A. and Craig Mack as he goes. We find him ensconced in a nightclub (as illustrated in the song’s promo video), splashing the cash to enjoy some champagne and good company. Spying “one of these honeys Biggie got to creep with”, he waits until her boyfriend heads to the bar, then slides in to dazzle her with his riveting repartee (or possibly with his remarkably effective internal rhymes). A foregone conclusion, the rapper leaves with her, enjoying a clandestine liaison in a jacuzzi before philosophising on his lifestyle in general.

Overweight lovers in the house

Big Poppa’s musing includes plenty of assurances that The Notorious B.I.G.’s rotund figure has no ill effects on his eligibility. “Believe me, sweetie, I got enough to feed the needy,” he asserts. This places the record in a tradition which stretches back to the extensive and marvellous work of the ultimate oversized soul man, the “Walrus Of Love”, Barry White. However, Big Poppa also shows the influence of hip-hop’s original self-styled “Overweight Lover”, Heavy D.

Biggie namechecked Heavy in another single from Ready To Die, Juicy, and the Jamaican-born MC had unabashedly promoted his size as a selling point, recording tunes including The Overweight Lovers In The House, Chunky But Funky, Mr Big Stuff and Waterbed Hev. Biggie notably guested on Heavy’s 1992 album, Blue Funk, and also went on to reference The Fat Boys, the Brooklyn trio who, Biggie’s mother claimed, were one of her son’s childhood favourites, and who had similarly boasted of their prowess on cuts such as on Sex Machine, Big & Beautiful and Between The Sheets.

Though not lacking in confidence with women, Biggie satisfies his tougher crowd as well, informing them that he “Still tote gats, strapped with infrared beams”. However, the basic needs which once led him to a life of crime have now given way to materialism: “A foolish pleasure? Whatever/I had to find the buried treasure, so grams I had to measure.” He also emphasises that he appreciates women who are as materialistic and mercenary as he is, praising “the honeys getting’ money, playin’ ni__as like dummies”. Big Poppas’s hook, meanwhile, was sampled directly from Biggie himself, caught guesting the previous year with dancehall reggae legend Super Cat, on the latter’s pop single Dolly My Baby.

Big Poppa also samples the skittering rhythm of 1983’s appropriately phat modern-soul classic Between The Sheets, by 60s and 70s Black music veterans The Isley Brothers. Though nothing to do with The Fat Boys’ song of the same name, the Isleys’ tune has been extremely popular for hip-hop acts all over the US. Sampled over 100 times down the years, it has been used on loverman raps dating back to MC Shy D’s 1988 track I Don’t Want To Treat You Wrong, and was also utilised to particular effect by A Tribe Called Quest, on the Hootie Mix of their 1990 single Bonita Applebum.

The Notorious B.I.G. recorded his take on Between The Sheets in the wake of Jermaine Dupri’s use of its languid, post-coital chords on Da Brat’s popular G-funk/R&B crossover tune Funkdafied. R&B veteran Sean Combs latched onto this and added a whiny synth line – appropriately reminiscent of G-funk – to the bouncy rhythm track, but also brought the Isleys’ elements to the front of Big Poppa’s crisp mix, crushing all opposition in the process. Dupri was then invited to remix Big Poppa in his inimitably smooth style in 1995, with Biggie even adding a new verse to what became the So So Def Remix. Big Poppa’s single’s B-sides, in contrast, included the far more brutal anthems Warning and Who Shot Ya?, the latter of which became another landmark Biggie track.

A certified hip-hop classic, Big Poppa has been used in a number of films, and its woozy tune is also popular among the Dirty South’s syrupy soul-loving chopped-and-screwed crowd. The song was even spoofed by Will Ferrell for Saturday Night Live, and the feisty Megan Thee Stallion freestyled over it as recently as 2020. Like The Notorious B.I.G. himself, Big Poppa has lived long in the collective memory: the man born Christopher Wallace is still the daddy of NYC hip-hop.