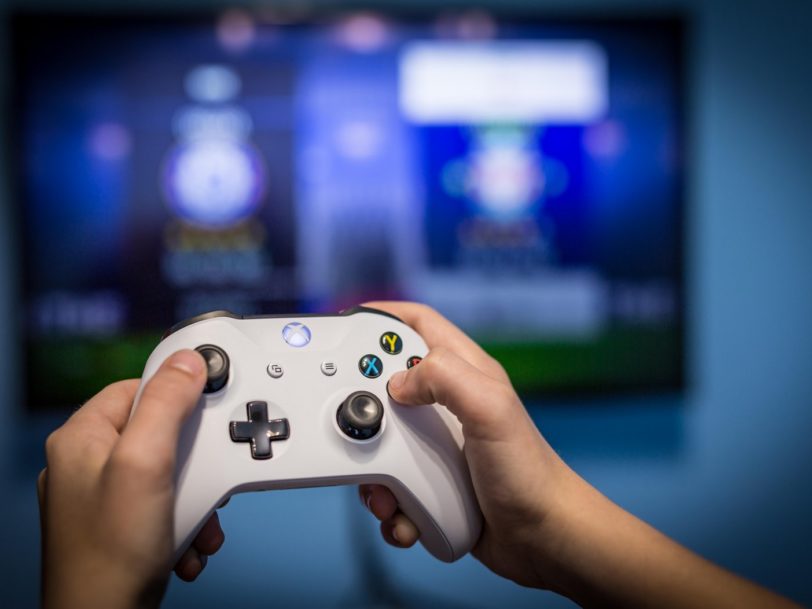 Best FIFA Soundtrack Songs: A Starting 11 For Every Match Day

The best FIFA soundtrack songs fuel that perfect adrenaline rush as your team steps enters the stadium for another crucial head-to-head.

Whether it’s scrolling through countless numbers of cards to buy on Ultimate Team, playing with Wayne Rooney in the arena or watching the star-studded video intro of Ronaldinho, Thierry Henry and Alessandro Del Piero in FIFA Football 2004, music is at the heart of everyone’s experience playing FIFA. Each year the game seems to be on point with its music selection, and hopefully FIFA 21 won’t be an exception. To celebrate the release of the latest instalment in the world’s biggest football game series, here is a starting 11 for the best FIFA soundtrack songs in the game’s history.

FIFA 20 had a very strong soundtrack, with bangers coming from the likes of Friedberg, Kamakaze x Massappeals (featuring Morgan Munroe and Foals). But our vote goes to Leicester’s finest, JB Scofield. Stretch It is packed full of football references: Arshavin’s four goals in Arsenal’s 4-4 draw with Liverpool in 2009, Kante’s tireless work rate and Mbappe’s move from Monaco to PSG are all cited in what will surely be remembered as one of the best FIFA soundtrack songs of the 2020s. Unsurprisingly, being a Chelsea fan, Scofield also mocks Arsenal with, “And I haven’t had a trophy in a long time/Must have thought that I played for the Gunners.” With lines like that, there’s no way we couldn’t include this track (sorry, Arsenal fans).

Black And White Town is the Manchester band’s second-highest-charting single, following 2002’s There Goes The Fear. Following the release of Doves’ third album, Some Cities, in 2005, Black And White Town established itself as a sport anthem: as well as its inclusion on FIFA 06, the song featured in coverage of the UEFA Champions League and Six Nations rugby tournament. The track kicks off with an energetic drum intro from Andy Williams which provides an underlying intensity, as well as Martin Rebelski’s instantly recognisable piano part. Black And White Town is one of the highlights from a dominant era for UK indie rock back in the 2000s, determining Doves as one of the best bands of this period. After a ten-year hiatus, they returned in September 2020 – and in superb style, with the No1. album The Universal Want.

Aussie twin sisters Lisa and Jessica Origliasso released their second album, Hook Me Up, in 2007, which spurred singles such as Take Me On The Floor, the title track and the brilliant Untouched. Driven by anthemic strings, this epic piece of electro-pop has a powerful energy to it. Lisa and Jessica’s lyrics are based around “not physically being able to touch someone or be with them, but needing that person”. The song provided the perfect backdrop to the FIFA instalment that saw the launch of the flagship Ultimate Team mode.

After the release of the immense Original Pirate Material in 2002, Mike Skinner (aka The Streets) began work on the concept album A Grand Don’t Come For Free. The album told the story of a young man losing £1,000 and aiming to get it back, as well as his rollercoaster relationship with partner Simone. Not only one of the best FIFA soundtrack songs, but one of the best songs of the decade, Fit But You Know It tells the part of the story where, following an argument with Simone, our man is in the takeaway after a boozy night out and sees a woman who he finds “an eight or a nine”. The track peaked at No.4 in the UK charts, paving the way for Mike Skinner’s No.1 single, Dry Your Eyes.

The band’s highest-charting single (it hit No.4 in the UK), Supermassive Black Hole was the lead single from their epic 2006 album, Black Holes And Revelations. The album’s artwork evokes classic-era Pink Floyd due to its creation by esteemed designer Storm Thorgerson, a close collaborator with Pink Floyd and many other legendary artists, Led Zeppelin and Yes among them. The album was a global smash, and the song provided FIFA 07 with a delicious dose of epic alt-rock. Matt Bellamy’s vocals are as impeccable as ever, producing a ghostly howl during the song’s enchanting chorus.

Released in November 1989, 14 years before FIFA Football 2004, Fools Good features one of the most iconic riffs of the Madchester scene. The Stone Roses remain deeply ingrained in football culture: their track This Is The One is used when Manchester United walk out onto the pitch. Fools Gold made a second appearance a FIFA game when its riff was sampled, alongside Run-DMC’s What’s It All About, in Wretch 32 and Example’s Unorthodox, which appeared in FIFA’s 2012 revival of the FIFA Street series.

The fifth game in the FIFA series – and the earliest to feature on our list of the best FIFA soundtrack songs – FIFA: Road To World Cup 98 was the first instalment to feature an official soundtrack, and Blur’s Song 2 was chosen as its theme song. Clocking in at two minutes and two seconds, Song 2 came about after Damon Albarn produced demoed it at a really slow tempo. Guitarist Graham Coxon suggested they should, “do it really, really fast, really, really noisy and horrible; and tell the record label that we want to record it as a single. That’ll scare them to death, they’ll hate it!” The label ended up loving it, and Song 2 – which kept its working title – went on to become a UK No.2 hit.

One of the most iconic tracks of the 2000s, and including an incredible synth riff, Kids was certainly the highlight of FIFA 09, which featured Wayne Rooney and Ronaldinho on the cover. Initially forming in 2002 at Wesleyan University, MGMT found fame in 2007, when they released their debut album, Oracular Spectacular, co-produced by Mercury Rev and Flaming Lips producer David Fridmann. As well as Kids, the album produced two other giant hits for the band, Time To Pretend and Electric Feel. The Kids music video follows a toddler confronting a terrifying monster which Ridley Scott would’ve been proud to have created. Indie-folk legend Joanna Newsom plays the toddler’s mum, ignorant of her child’s trauma.

Not only one of the best FIFA soundtrack songs, Wavin’ Flag is arguably one of the best football songs of all time. Coca-Cola made it their promotional track for the 2010 Men’s World Cup in South Africa, producing a remix for K’naan’s original. Their Coca-Cola Celebration Mix included amended lyrics, as well as a chant that Coca-Cola would adopt in their advertising. Co-produced by none other than Bruno Mars, the original version of Wavin’ Flag was released in 2009, on K’naan’s second studio album, Troubadour; its lyrics referenced the hardships refugees face in the world.

On Top Of The World is undeniably epic and uplifting – exactly the song you want to hear blaring throughout the stadium before your head-to-head seasons match. Its chorus oozes inspiration and elation, especially at the song’s climax; an awesome piece of rhythmic clapping throughout provides a brilliant groove which also starts and finishes this gem of a track. On Top Of The World was one of many global hits featured on Imagine Dragons’ debut album, Night Visions, which also included It’s Time, Radioactive and Demons.

Still heard in indie discos to this day, Jerk It Out sits in the upper echelons of indie royalty and. Peaking at No.8 in the UK, the song was used in abundance, finding spots in everything from Apple iPod Shuffle adverts to snowboarding video game SSX 3 and, of course, FIFA Football 2004. Originally known as Caesars Palace, the Stockholm-based band changed their name to Caesars to avoid any clash with the famous Las Vegas hotel of the same name. Jerk It Out still sounds fresh, with the guitars and vocals drenched in reverb and a brilliant drum break placed in the middle to separate one of the best choruses of the 2000s. Featuring songs by The Stone Roses, Radiohead, Goldfrapp and so many more, FIFA Football 2004 boasts arguably the best soundtrack of the series, but Caesars’ Jerk It Out sits at the top of our best FIFA soundtrack songs table.