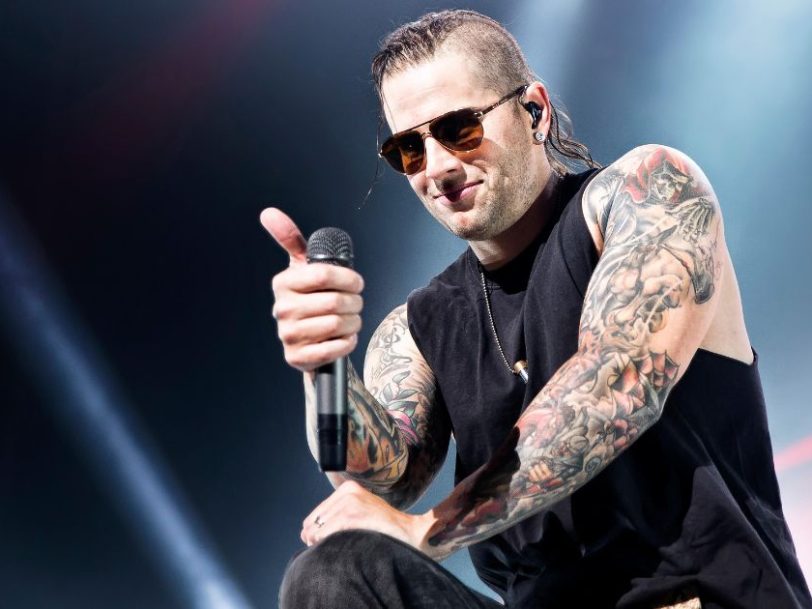 One of the biggest-selling bands of the 2000s, Avenged Sevenfold brought gothic theatrics to The New Wave Of American Heavy Metal.

To heavy-metal purists, Avenged Sevenfold emerged as poster boys who were often criticised for “not being metal enough”. Not that it ever bothered frontman M Shadows. As he told About.com in 2016, “We play music for the sake of music, not so that we can be labelled a metal band. That’s like telling us we aren’t punk enough. Who cares?” Pedants of the genre always treated the veteran Californian metallers as outcasts, but the best Avenged Sevenfold songs reveal how, for two decades, the group have silenced critics and overcome tragedy to remain at the forefront of the New Wave Of American Heavy Metal.

Vocalist M Shadows described Avenged Sevenfold’s lyrics as having a Life Of Pi twist. The lyric “I’ve stood in Hell, where many had to suffer/I stared the Devil in the eyes”, in the trad-metal Coming Home, was inspired by a time the band played for US Army troops in Iraq. They got to visit Saddam Hussein’s palace, where his portrait stull hung on the wall. You can make the connection yourself.

From the start, Avenged Sevenfold cited Guns N’ Roses as an influence. Rarely is this more apparent than on the epic power-balladry of Seize The Day, which recalls their heroes’ November Rain. The similarities extend to the video, which depicts a happy relationship which seemingly ends in tragedy.

The Stage is an eight-minute epic that runs the gamut from haunting theatrical rock to shredding power-metal solos, culminating in a flamenco flourish. It’s ambitious, it’s dramatic, it’s overblown and it’s lavish. And it showcases every reason why the best Avenged Sevenfold songs have made the group bona fide stadium-fillers.

An early metalcore track from the Avenged Sevenfold canon. But here’s a song that contains thrash elements and even touches of Pantera-style groove metal. It goes to show that, even in their infancy, the band had little interest in being pigeonholed, and were unafraid to annoy the purists by pushing metal into a new era.

Taking their cues from Metallica’s The Unforgiven, Buried Alive starts as an epic ballad which slowly builds in intensity. Midway through, the song changes pace before exploding in a barrage of riffs reminiscent of that band’s thrash classic Ride The Lightning. Well, if you’re gonna learn from your heroes, you may as well learn from the best…

Not Ready To Die was written specifically for Call Of Duty: Black Ops. Among the first songs written by Avenged Sevenfold since the passing of drummer James “The Rev” Sullivan, late in 2009, it’s an epic thrasher that takes direct inspiration from the video game’s story. So it’s basically about the zombie apocalypse

So Far Away is a touching ballad written in tribute to Avenged Sevenfold’s friend and bandmate The Rev, who died of an accidental overdose in December 2009. A change of pace among the best Avenged Sevenfold songs, the band often play it live to a backdrop showing images of their fallen comrade, with the audience holding lights aloft in his memory.

Ringing with an epic power-metal vibe, Carry On features in the video game Call Of Duty: Black Ops II. This time, frontman M Shadows reflects both the game and where the group were in their career. He said, “I just wanted to write some epic lyrics you could think about when you were driving down the street or on your horse.”

“Epic” seems to be a common descriptor for the best Avenged Sevenfold songs, and Roman Sky is no different. But a song inspired by the work of the 16th-century cosmological theorist Giordano Bruno was never going to be understated. This one echoes the Led Zeppelin classic Stairway To Heaven.

The Ultimate Guitar online community actually voted This Means War onto their Worst Guitar Riffs list. That might have something to do with its uncanny similarity to Metallica’s 1992 single Sad But True. Sure, there is more than a passing resemblance to that track. But isn’t that the riff every metal band wishes they wrote?

In a change of tack, A Little Piece Of Heaven sounds like it could soundtrack a Tim Burton animation. Guitarist Synyster Gates credits The Rev’s creative genius for this one: “He had these parts in his mind and he was always playing piano,” Gates told Louder Sound. “He thought it was such a cheesy kind of jingle, so catchy and so syrupy. He just thought it was so funny to juxtapose that with the [dark] lyrics. We all loved it.”

Another track posthumously credited largely to The Rev. The first Avenged Sevenfold album released following the drummer’s death, Nightmare saw the group take a more progressive approach to their standard metalcore. Though they were able to incorporate their late bandmate’s songwriting, vocals and drum fills into this 2010 album, they upped the prog factor by inviting longtime influence Mike Portnoy, of Dream Theater, to power the beats.

Critical Acclaim is proof that the best Avenged Sevenfold songs can do social commentary just as well as they can twisted fantasy. Whether you support the band’s politics or not – and, for many, politics and music should remain mutually exclusive – this remains a vicious metal stomper of a tune, with The Rev stepping out from behind his kit to contribute vocals.

Standing on the thrashier side of metalcore, Beast And The Harlot is from a time when Avenged Sevenfold were riding a wave of popularity. Thematically, it is M Shadows’ take on how Hollywood reflects the fall of Babylon in The Book Of Revelation, with the lyrics directly quoting the work.

Yet more sturdy riffing among the best Avenged Sevenfold songs. The band always claimed they wanted their self-titled fourth album (from which Almost Easy is taken) to be for them what “The Black Album” was for Metallica. That may be a reason why the veteran Bay Area thrashers are a prominent point of reference throughout.

Avenged Sevenfold’s 2013 album, Hail To The King, saw the group step in a more straight-ahead metal direction. Its opening track – evoking Judas Priest, Iron Maiden and, yes, Metallica – was deliberately written as an introduction. As Synyster Gates explained to MusicRadar: “The idea was that the arrangement would evoke a sense of imagery with the tribal yet primordial drums. It seemed to resonate from Hell almost. It’s something of an apocalyptic call to arms.”

Afterlife marries gentle orchestration with symphonic metal before settling into a stomping groove, and fans have long hailed it as one of the best Avenged Sevenfold songs. Though it incorporates several styles of metal, it never loses its grip on the group’s knack for churning out fist-pumping, radio-friendly rock.

Bat Country was the song that put Avenged Sevenfold firmly on the map. As M Shadows recalled to Kerrang! magazine, “Our friends in Good Charlotte… took us on TRL, and we played Bat Country. And between the song and the video, it was the thing that kind of catapulted us into the mainstream, and every person that was listening to Britney Spears and the Backstreet Boys was subjected to Bat Country!”

With the introduction of more progressive styles of songwriting, Nightmare was Avenged Sevenfold’s first step away from their typical metalcore sound. It was also the first single the group released after the death of their longtime friend and drummer, The Rev, yet it honours his memory by incorporating his vocals and writing. A fantastic achievement under devastating circumstances.

Always growing and evolving, Avenged Sevenfold have never been a band to stick with one formula for too long. On 2013’s Hail To The King, they achieved this by stripping things back to basics. Simplicity was the key to this foot-stomping, fist-pumping homage to classic heavy metal, ensuring that Hail To The King tops our list of the best Avenged Sevenfold songs with ease.