Arctic Monkeys Are In The “Early Stages” Of Making New Record 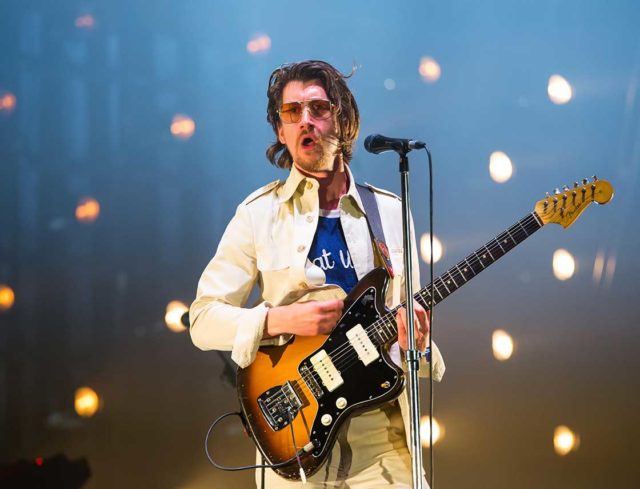 Matt Helders, the drummer of Arctic Monkeys, has revealed that the band are working on a new record.

Speaking on Instagram Live, Helders shared the news that the band are “in the early stages of trying to write a [new] record”, and that they had been “faced with various obstacles”, such as “being separated by the sea”, in a nod to the global pandemic and travel restrictions.

Helders, who lives in Los Angeles, said he was “always tinkering on machines and synths” and that he does have a drum kit at home, which he practises on, as he is “always trying to improve on and study certain things”.

Speaking about his fellow Arctic Monkeys band mates, he confirmed that “we’re all eager to do it. We would have been doing it by now in a normal time. There’s definitely a desire from our end to do a new record as soon as we can.”

In December 2020, Arctic Monkeys’ manager, Ian McAndrew, had also said the group had been working on new music, stating that, “In this rather disjointed time, the guys are beavering away and I hope that next year they’ll start working on some new songs, new ideas, with a view on a future release.”

The record will be a follow up to their successful sixth studio album, Tranquility Base Hotel & Casino, which was released in 2018.

In December 2020, Arctic Monkeys released their live album, Arctic Monkeys: Royal Albert Hall, with all the proceeds going to support the charity, War Child. The show was recorded in London on 7th June 2018, and all the money from ticket sales had also gone to support the charity and their work protecting, educating and rehabilitating children who had experienced war.

Due to the coronavirus pandemic, the band announced that War Child were suffering in raising funds and carrying out vital work and that, “To enable War Child to reduce their funding deficit and continue their valuable work, we are releasing a live album, recorded on that evening. All proceeds will go direct to the charity.”