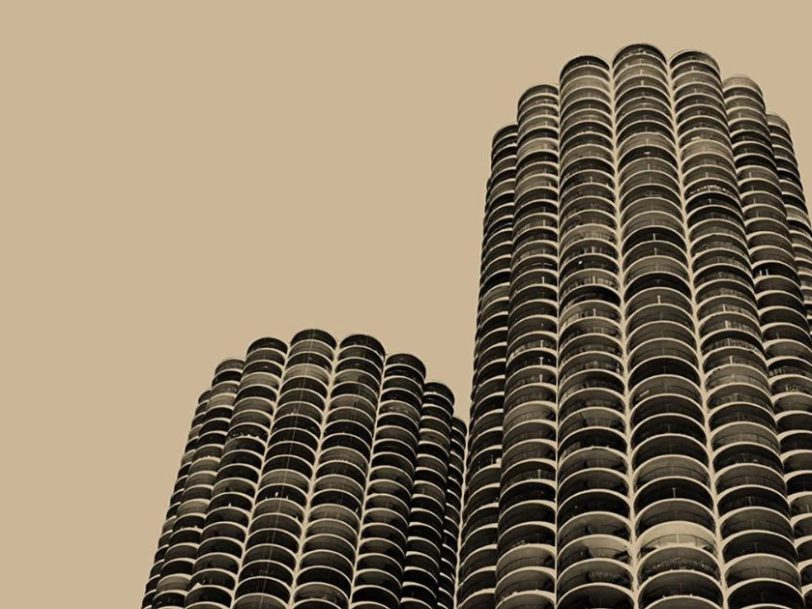 The making of ‘Yankee Hotel Foxtrot’ may have been beset with difficulties, but Wilco ultimately came through with a modern classic.

Wilco’s fourth album, Yankee Hotel Foxtrot, was a landmark release for US rock music. Connecting with a whole new audience, frontman Jeff Tweedy’s songs of existential doubt made for not only the group’s most successful album, but also for a musical breakthrough, as the experimental urges hinted at on previous records now took centre stage. Still, the album’s gestation proved difficult.

“I’d started writing in my own voice”

The material itself was not a problem, Tweedy and co-writer Jay Bennett’s songs showed a progression from the group’s 1996’s rootsy double album, Being There, and 1999’s Summerteeth, Wilco’s love letter to the classic 60s pop of bands such as The Beach Boys and The Zombies. By Yankee Hotel Foxtrot, Tweedy had embraced his own style. “I’d started writing in my own voice,” he told Record Collector magazine in 2019. “I realised that nobody was covering my songs, nobody was taking them and making them their own, so I might as well stop using that as some kind of criteria as to whether a song’s good.”

This proved the catalyst for some of the most enduring music of Tweedy’s career, as he became increasingly interested in documenting the minutiae of modern US life. “I was trying to put it in perspective for myself,” he told Bob Mehr in the sleevenotes of Yankee Hotel Foxtrot’s 2022 reissue. “How can there be all these good things and things that I love about America, alongside all of these things that I’m ashamed of? And that was an internal question, too; I think I felt that way about myself.”

It became apparent early in the Yankee Hotel Foxtrot sessions that Tweedy’s bleary, anxiety-laced songs required a musical setting that was every bit as inquisitive. Recording began in earnest in the band’s Chicago studio, The Loft, in March 2000. From the off, Wilco looked to explore the possibilities that the material opened up, resulting in the many disparate takes of songs such as Kamera, which feature on the 2022 deluxe edition of the album. “There are songs started from the middle, songs started from the end… every which way,” Jay Bennett told journalist Robert Loerzel in 2002. “We just went through so many permutations.”

Multi-instrumentalist Leroy Bach joined the sessions and was struck by the mood of exploration. “We were seeing what meaning was brought out or what new meaning was created by how the song was presented or orchestrated,” he told Bob Mehr. “That was constantly going on until there was a sense or an indication from Jeff that we made a breakthrough. Then we’d stay with a certain pulse or riff, or someone on a certain instrument or someone laying out. That was the process: Just investigating, investigating, investigating.”

Tweedy had long been interested in experimental noise music, and that, too, crept into the sessions, pushing the Yankee Hotel Foxtrot songs into avant-garde territory. This mood of musical abandon resulted in forward-thinking and innovative music, but also resulted in intra-band tensions (drummer Ken Coomer has admitted that he “couldn’t really get in Jeff’s head”). Yet Tweedy was aiming high. “The music just wasn’t satisfying my ambition,” he had admitted. “I wanted to make something I hadn’t heard before. Not everybody wants to do that. It sounds silly to say and it’s hard to do – it’s kind of impossible to do, really.”

“To be embraced by Jim was a real affirmation for me”

Tweedy was soon to meet a kindred spirit who would change the course of his career. The Wilco frontman had been a long-time admirer of the work of the experimental songwriter, producer, arranger and multi-instrumentalist Jim O’Rourke, and when Tweedy was invited to play the Chicago leg of the Noise Pop festival, in May 2000, he contacted O’Rourke with a view to collaborating. The two musicians struck up a fast friendship and immediately began writing together. “He’s really one of the most important musical connections I’ve been able to make in my life on a lot of levels,” Tweedy told Record Collector. “Jim’s one of my best friends and a bona fide musical genius – it was pretty exciting to get to work with him. To be embraced by him was a real affirmation for me while striving to understand more about music.”

Having written new material to play at the festival, Tweedy and O’Rourke felt it would be a shame not to record the songs properly, and they enlisted drummer Glenn Kotche to do just that. Calling themselves Loose Fur, the trio would release the results in 2003, but, most importantly, the project would lead to Kotche joining the Yankee Hotel Foxtrot sessions and, later, becoming an official member of Wilco, adding a whole new dimension to the group’s sound.

The group continued to work on Yankee Hotel Foxtrot between live commitments in 2000, but Tweedy still wasn’t satisfied. In January 2001, Kotche sat in on a Tweedy solo show, despite not knowing the material – Tweedy would later joke it was the drummer’s audition. Kotche joined the recording sessions at the end of that month and immediately made his presence felt, overdubbing imaginative and intelligent drum parts that gave the songs a different feel. Bassist John Stirratt would later reflect that the moment the new line-up clicked was when they tried Jesus, Etc., a soulful song that Ken Coomer had struggled with.

Still, not all was well in the Wilco camp. Tweedy’s working relationship with Jay Bennett had deteriorated beyond repair during initial mixing sessions for the album, which began in March 2001. In his autobiography, Let’s Go (So We Can Get Back), Tweedy suggested that the presence of a film crew (for Sam Jones’ 2003 documentary, I Am Trying To Break Your Heart) exacerbated some of the problems, as Bennett performed for the cameras – a rift made painfully obvious by a number of on-camera exchanges between the pair.

After Bennett’s attempt at mixing Yankee Hotel Foxtrot fell flat – too close to the material, his mixes were dense and lacked clarity – Tweedy suggested Jim O’Rourke attempt the task. O’Rourke was asked to mix the album’s opening song, I Am Trying To Break Your Heart, as a trial. A melange of tricksy percussion, found sound and treated noise, the track had been among the most problematic to mix; O’Rourke stripped the layers back to reveal the song beneath. “That mix blew me away unlike anything else we had done,” Stirratt told Bob Mehr. “It had this cinematic performance-based quality to it. Hearing that, it felt so fresh, especially after grinding it out in the studio for so long. It was like he took what we’d done and let a million flowers grow. It was a bold move, hiring Jim, but it felt so right.”

Tweedy was delighted with O’Rourke’s work. “As we progressed, what Jim did was so singular that it was impossible for me to envision a version of the record where [any] other mixes or arrangements would fit into the landscape of the record,” he enthused. “It was just on a different plane to me.” The band were near-unanimous in their approval of O’Rouke’s work (Bennett, the sole objector, would later concede that that O’Rourke had made sense of the puzzle).

“We could go about things differently and see what happens”

Wilco knew that they had made a landmark album. But when they delivered Yankee Hotel Foxtrot to their label in June, there was no response. When they finally received feedback, it was suggested that the album wouldn’t be released until significant changes were made.

Still, the group hit the road for a string of live dates – Glenn Kotche’s first shows with the band. By this point Tweedy was painfully aware that his and Bennett’s shared interest in prescription drugs was spiralling out of control; they were enabling each other’s habit, though Bennett refused to acknowledge the problem. For Tweedy, asking Bennett to leave the band in August was “about self-preservation. I fired Bennett from Wilco because I knew if I didn’t, I would probably die. That sounds like hyperbole, but it’s really not.”

Meanwhile, relations with the group’s record label had reached breaking point and, that same month, Wilco bought back the album for $50,000. “It hurt being rejected, like anybody telling you they don’t like something you made,” Tweedy admitted to Record Collector. “It’s not the spirit that you make things in, for it to be judged harshly and put down, but I moved on pretty quickly to recognising that there were opportunities to being rejected, that we could go about things differently than we had in the past and see what happens.”

“Something very strange has happened to our record”

With a completed record and no label, Wilco decided to take the innovative step of making Yankee Hotel Foxtrot free to stream from their website from 18 September 2001. The tragic events of 9/11 had a huge impact on the way the album was received: many of Tweedy’s lyrics took on extra resonance in the light of the terrorist attacks on the United States (Jesus, Etc.’s “Tall buildings shake…” and “Skyscrapers are scraping together”), and then there were song titles such as Ashes Of American Flags and War On War, not to mention an album cover that simply pictured two skyscrapers. “Something very strange has happened to our record,” Tweedy said during an appearance at Chicago radio station WXRT. “I wish it hadn’t.” Talking to Salon ten years later, he was more reflective: “It’s really beautiful to be able to facilitate any kind of consolation or catharsis for people trying to make sense of something so tragic.”

The bold move of streaming their album paid off, as Yankee Hotel Foxtrot became a word-of-mouth phenomenon. And vindication came for Wilco when over 30 labels tussled for the right to release the record. Nonesuch won, and Yankee Hotel Foxtrot was eventually issued with label backing on 23 April 2002. Already a critical success, the album now hit No.13 on the US Billboard 200. It remains among the band’s most beloved works, with Tweedy’s commitment to sonic daring and timeless songs still connecting with audiences today.