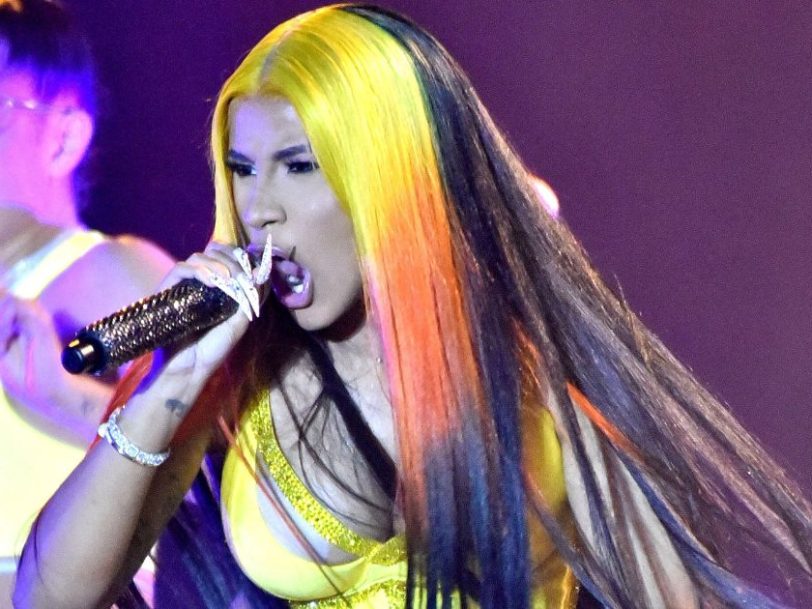 WAP: Behind Cardi B And Megan Thee Stallion’s Sex-Positive Anthem

As controversial as it was catchy, WAP saw Cardi B and Megan Thee Stallion build on a hip-hop tradition of women expressing sexual power.

WAP, the mega-smash by Cardi B and Megan Thee Stallion, is a vibrant sex-positive ode in high-res widescreen. These two are literally bursting with juice, as they strut around their X-rated mansion, dagger nails pointing towards their own desires. Released in the summer of 2020, the song riled backs, pushed buttons and annoyed people across the globe. But has the furore surrounding it taught us anything?

Listen to the best of Cardi B here.

WAP – “wet ass pussy” – was almost immediately as controversial as it was catchy. Released on 7 August 2020, it took less than 24 hours for Republican politician James P Bradley to tweet that WAP was what happened when “children are raised without God”, and that the track made him “want to pour holy water in my ears”. Cynics should note that Bradley included the hashtag #WAP, for maximum attention, and that he was at pains to say that he heard the song “accidentally”.

Noise from conservative critics was one thing – and perhaps expected. Others found that Megan and Cardi’s association of sex with money a big problem. Comedian Russell Brand called it “a sort of capitalist objectification and commodification”; some might comment on how Brand was notorious for objectifying and commodifying an ex-partner live on radio to her own grandfather in 2008.

But it’s OK when men do it, right?

“Some people just don’t know what to do when a woman is in control and taking ownership of her own body,” Megan Thee Stallion said in 2020. “I feel like for a long time men felt like they owned sex and now women are saying, ‘Hey, this is for me. I want pleasure. This is how I want it or don’t want it.’ It freaks men the hell out.”

“I really wanted a very, very nasty song,” Cardi B explained, shortly after WAP was released. “I have done nasty records before, but this record is so nasty!” Cardi is a former stripper and reality TV star – both different forms of exhibitionism – and knows about monetising her skills. She has said that stripping “saved me from a lot of things. When I started stripping I went back to school.” WAP’s lyrics refer to this, as Megan raps, “Pay my tuition, just to kiss me on this wet ass pussy.” Maybe the question isn’t whether Cardi and Megan are immoral for equating sex with money, but if the immorality lay in a system which leaves a Black woman unable to pay for education without monetising sex?

The expression of sexual power has a long history in hip-hop, and women have always been a part of this. Witness one of the first, Roxanne Shante. Her debut single, Roxanne’s Revenge (made in response to UTFO’s Roxanne Roxanne), narrates a tale that resonates with every woman: a suitor, rejected, blames the woman and then spreads lies about her. “All you do is get real mad, and you talk about me, and make me look bad?” Shante’s rhymes challenge the sexual power of men as she reclaims her own agency. Shante was a teenage rap battler, fighting for her own voice in a sea of machismo, and her attitude suffuses WAP, even though Cardi and Megan’s flow and language are completely different.

Often missing from the commentary on WAP is just how funny and absurd the song is. Cardi and Megan don’t hold back on the metaphors: buckets and mops, trucks and garages, macaroni and pots… even diabetes makes it into the song. Wordplay and quick wit are qualities celebrated about male hip-hop and the obviously cerebral female rappers (Missy Elliott, Queen Latifah, MC Lyte), but often seem to be overlooked when the theme is bawdy. Yet there’s a modern folk-art quality to Cardi and Megan’s rhymes, which are vulgar in the best tradition of the lewd blues songs from almost a century earlier – those of Ma Rainey, Bessie Smith and Lucille Bogan.

“Why would anyone be mad about my WAP? It belongs to me”

The ultimate message of WAP, for women everywhere, is the power of the female gaze. Look at that video again. You’ve seen hundreds of rap videos with female dancers, flesh on display, big cats, phallic symbols. How many have you seen without one single man? Even the statues are female.

“Of course I don’t want my child to listen to this song,” Cardi has said, “But it’s like, it’s for adults!” Art doesn’t have to be for everyone, or for all ages. It’s perfectly fine to dislike WAP’s lyrics and visuals, and want to shield children from its excesses. But WAP seemed to touch a nerve, stirring something that spoke of male angst and an anxious protection of some illusory sexual “normality”. Instead of its critics questioning just why they found it so uncomfortable, there was a knee-jerk impulse to cover Megan and Cardi up. As Megan has said, the criticism of WAP “just comes from a place of fear and insecurity”.

“Like, why would anyone be mad about my WAP? It belongs to me.”