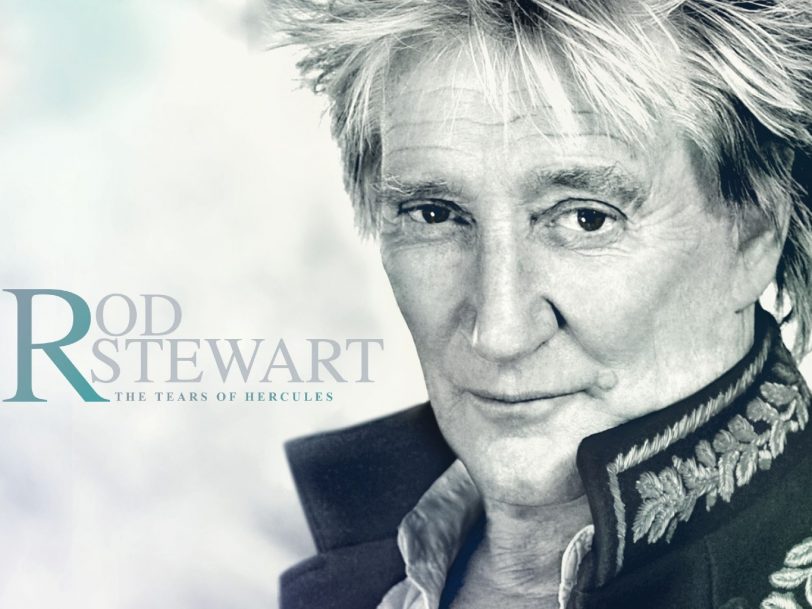 ‘The Tears Of Hercules’: Rod Stewart Returns Stronger Than Ever

Full of libido and revelling in his rock’n’roll ‘icon’ status, Rod Stewart’s ‘The Tears of Hercules’ is a joyous and confident album.

Following the notable success of his 2018 album, Blood Red Roses, which went to No.1 in the UK, Rod Stewart’s 31st studio album, The Tears Of Hercules, sees the singer continue his late-career surge with a mix of nostalgia and in-the-moment enthusiasm. With a set of new songs that look back to his past, the Scottish-English songwriter still makes for a cool-headed and libidinous presence in today’s rock landscape. In fact, at 76-years-old, Stewart’s instantly recognisable voice is just as husky and well-honed as his glory days. As rock septuagenarians go, The Tears Of Hercules proves his creative spark remains undimmed.

Listen to ‘The Tears Of Hercules’ here

Released as the album’s lead single, One More Time is an upbeat slice of folk-pop merriment aided by banjos and country fiddles. It sees Stewart wistfully reflect on reigniting his passion for an old flame (“The sex was immense, by a good old country mile”) as well as revisiting past haunts (“I’m going down to Woodstock in my beat-up Jaguar”). It’s a bright and upbeat way to kick things off, setting the tone for an album whose prevailing mood is one of unbridled joy.

With youthful vigour, Stewart tries his hand at a dance-pop banger with Gabriella, a sun-kissed ode to a summer liaison that marries EDM-style beats with funk-lite guitar riffs akin to the best Chic songs. Erupting with a scorching guitar solo, it’s full of wah-wah, gleeful “Arriba!”s and Latin-flavoured trumpet-toting; crying out for a tropical house makeover, it wouldn’t take much for a remix to go down a storm in Pacha.

The sunny vibe continues on the nostalgic All My Days, on which Stewart sings of escaping to a beachside shack in Mexico (“They’ll teach us how to cha-cha while drinking piña colada”) over a cheerful mix of Spanish guitar and mariachi horns. Sounding more energised than he has in a long time, he even takes on a zesty cover of Soul Brothers Six’s song Some Kind Of Wonderful – perhaps better known as a 1974 hit for Grand Funk Railroad – revelling in an R&B stomper that sees him trade smoky vocals with female backing singers in the song’s delightful call-and-response refrain.

“A giant of his generation”

Stewart has even more fun paying tribute to Marc Bolan on Born To Boogie, swaggering along confidently to a T. Rex-style riff and gruffly celebrating the glam-rock icon’s enduring legacy (“He stood five foot four but was a giant of his generation”). Next up, Kookooramabama gives The Beach Boys’ Kokomo a run for its money, propelling itself along to a memorable vocal hook and a synth-based rhythm, with Stewart singing unashamedly of spontaneous lust while his raspy tones bump up against a jaunty sax.

I Can’t Imagine appears to be Stewart’s romantic tribute to his wife, Penny Lancaster. A pleasant 80s-style power ballad about waking up with the woman you love, it sweeps listeners up with a buoyant key change fit for drive-time radio. The Tears Of Hercules’ title track, meanwhile, lends the album a touch of Broadway magic courtesy of musical composer Marc Jordan: an affecting piano-led showtune about ageing and life-long reminiscences, its swell of bagpipes and Celtic flutes offers another rousing moment on the album.

Elsewhere, the slow acoustic ballad Hold On sends a message to a troubled world full of societal divisions, its hearty chorus accompanied with verses decrying racism and bigotry, and calling for peace and tolerance (“With cities divided and the homeless crying/Equality for all someday”).

“The thrill is still alive”

Precious Memories continues Stewart’s stroll down memory lane (“The thrill is still alive in my mind”), grooving along to 50s doo-wop chords and loosely referencing a woman dancing to George Michael’s Careless Whisper, before erupting into a sizzling saxophone solo of its own. Towards the end of The Tears Of Hercules, Johnny Cash’s country tune These Are My People gets a Highland makeover, with Stewart celebrating his native Scotland and the song fading to the evocative hum of bagpipes.

Ending the album on a suitably nostalgic note, Touchline sees the singer recall his days as a young boy when his dad watched him play football, reflecting on how he is now doing the same for his own kids. Envisioning the ghost of his father proudly looking down on him, it makes for a touching end to a spirited return to form.

As one of only a handful of rock’n’roll icons still making music today, Stewart is clearly relishing his role as a national treasure. Full of energy, and with his passion for music unvanquished, The Tears Of Hercules is a pleasant reminder of why the 70s rock idol still commands such a loyal fanbase. If there’s anyone who proves that age is just a number, it’s Rod Stewart.