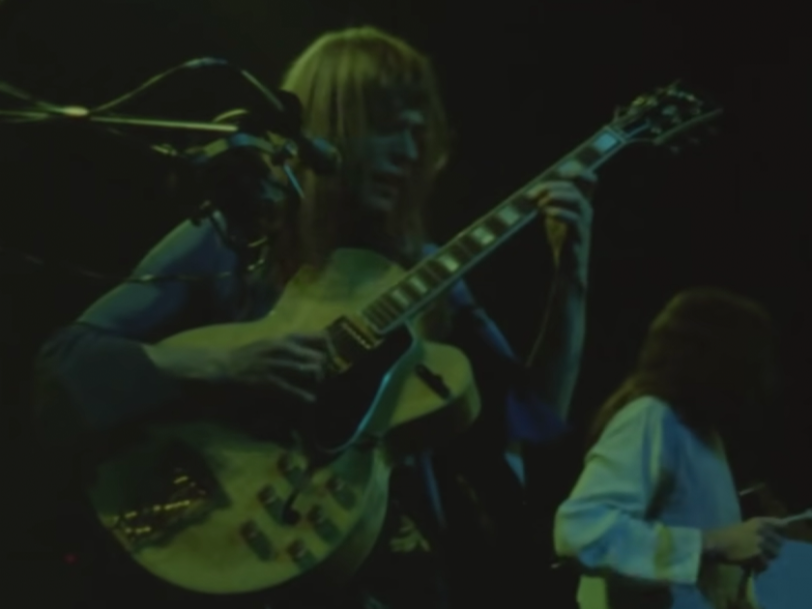 Roundabout: How A Classic Yes Song Became A Meme

From the back of a van to its rediscovery as a TikTok meme, Yes’ 1972 hit song, Roundabout, shows no sign of stopping.

As one of the biggest bands of the early 70s, British group Yes fired up the ignition and put pedal to the metal with their eight-minute progressive-rock opus Roundabout. Released as a tarmac-thumping single in January 1972, not only would Roundabout come to be regarded as one of the best Yes songs, but it also blazed a trail that ventured well beyond the classic rock era and made its mark on the internet age. From its van-inspired origins as an on-the-road observation to its unlikely embrace as a TikTok meme, this is the story of how the Yes song Roundabout found a new and surprising lease of life as a viral trend.

Listen to the best of Yes here.

The inspiration: “I began writing the lyrics to Roundabout while travelling with the band in a van”

It’s hard to believe that one of the best rock songs of all time was inspired by traffic woes, but that’s exactly how Roundabout began. In March 1971, having just performed a concert at Aviemore, near Inverness, Yes bandmates Jon Anderson, Steve Howe, Chris Squire and Bill Bruford set off on a three-and-a-half-hour journey south to Glasgow through the Scottish Highlands. “I began writing the lyrics to Roundabout while travelling with the band in a van,” frontman Anderson later remembered.

As the van drove past numerous mountains, valleys and lakes, the singer passed the time by smoking a joint to make the drive more interesting (“Everything was vivid and mystical,” he noted), and he found himself amused by how many roundabouts they were crossing. “I took out my little notepad and started writing,” Anderson said. “I wrote the lyrics in a free form and didn’t edit the lines much. I just loved how words sounded when I put them together.”

Later, in their hotel room, Anderson presented his lyrics to guitarist Steve Howe, who picked up his acoustic guitar to record some ideas on a cassette recorder. Mirroring the cyclical nature of Anderson’s words (“I’ll be the roundabout/The words will make you out’n’out”), Howe conjured a rollicking riff from his Martin 0018 folk guitar, and the pair set down the demo for the song. It wouldn’t be until the band met with producer Eddy Offord, however, that Roundabout would gain extra mileage.

The recording: “Chris Squire wanted a funky sound on the bass, sort of a Sly And The Family Stone feel”

With keyboardist Rick Wakeman joining the group as the band began recording their fourth album, Fragile, at London’s Advision Studios, it wasn’t long before Roundabout turned a corner. Jamming together, the Yes musicians developed Roundabout into an eight-minute prog-rock dynamo, with Wakeman beefing up the instrumental by doubling up on octaves on a grand piano, giving the song a fatter sound. “Rick coming into the group made us work faster and harder than we’d ever done before,” Anderson observed.

Launching into a rollicking tempo following Steve Howe’s Scottish-jig-inspired intro, what made Roundabout particularly special was the song’s upbeat and chunky bassline. “Chris Squire wanted a funky sound on the bass,” Wakeman recalled, “sort of a Sly And The Family Stone feel.” Thumbing their nose at traditional 4/4 grooves by toying with unusual time signatures, Squire’s hyperactive bassline locked in with Bill Bruford’s drums, making Roundabout a formidable turning point in prog-rock history.

For its release as a single in the US, the song was trimmed down to three minutes – much to the band’s chagrin – and it became Yes’ biggest FM radio hit to date, peaking at No.13 on the Billboard Hot 100. Not just one of the best Yes songs but also one of the greatest progressive-rock compositions ever recorded, Roundabout was the perfect distillation of the band’s fearless musicality and their ability to imbue common themes with near-mystical import.

The “to be continued” meme: “You send an idea out, and then it comes back”

Remarkably, as well as being a live favourite at Yes concerts (a highlight of the band’s 1972 shows, definitive live performances of Roundabout have been released on the Progeny: Seven Shows From Seventy-Two box set), the success of Roundabout wasn’t just limited to the 70s. In 2012, the song was regularly featured as a “to be continued” closing sting on the Japanese anime cartoon series Jojo’s Bizarre Adventure. With a whole new audience discovering the song for the very first time, manga fans initially began to use Roundabout in various “to be continued” memes on video-sharing sites such as Vine, often to add humour or suspense to their social-media posts.

With such videos regularly going viral, the trend for repurposing Yes’ Roundabout found its way onto TikTok, where the song has racked up more than 220 million views to date. When YouTuber Rick Beato asked Jon Anderson about Roundabout’s newfound popularity among younger audiences, the Yes singer positively beamed with joy. “The idea is like playing tennis; you send an idea out, and then it comes back with another idea and another idea,” Anderson said, “and before we know, we’re all creating ideas and making them sound better.”

For all of its meme-based popularity, the true reason why Roundabout has endured is entirely down to its groundbreaking musical arrangement. Thanks to guitarist Steve Howe’s breakneck acoustic riffs and Chris Squire’s whiplash-inducing bass work, the song is a memorably eccentric piece of prog-rock bombast full of twists and turns, going hell for leather into uncharted musical territory. By proving its enduring appeal as it tears up the miles in the digital era, the journey of Roundabout looks set to continue for years to come.