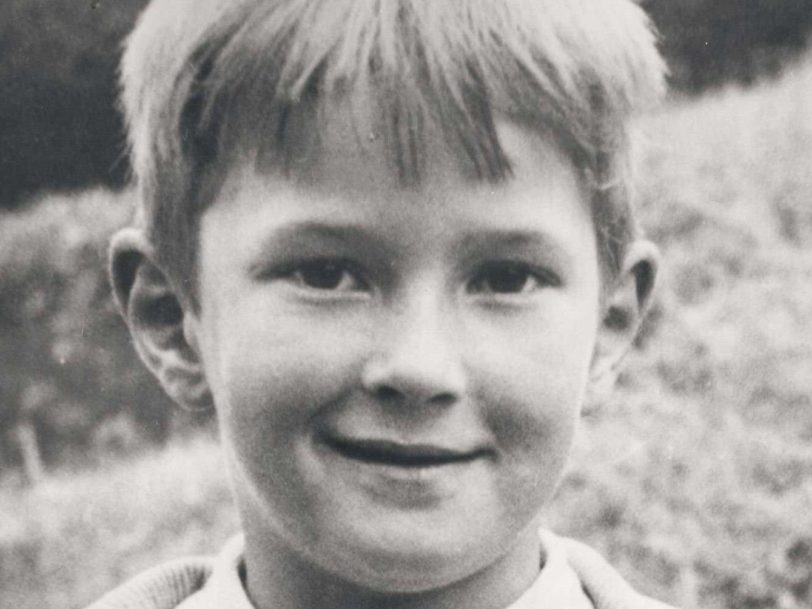 Tapping into his childhood with ‘Reptile’, Eric Clapton turned ‘a dead duck’ into an emotional album with ‘a very strong core’.

Reptile, released in March 2001, the month of Eric Clapton’s 56th birthday, came during a golden spell for the acclaimed guitarist and singer. He made the album after receiving an unprecedented third induction into the Rock And Roll Hall Of Fame, this time for his work as a solo performer, having already received the honour twice for his stints with The Yardbirds and Cream. Clapton, who had also just been inducted into New York’s Songwriters Hall Of Fame, wrote the self-reflective song Find Myself for the album.

“‘Reptile’ is a term of endearment”

The guitarist’s own past was deeply on his mind when he made his 14th solo album, one dedicated to his uncle Adrian, who had died in 2000. Clapton grew up in the Surrey village of Ripley, raised by his grandparents to believe that his mother was his sister, and his uncle his brother. “I had to find myself/No use looking for no one else/’Cause I’ll be lonely till I find myself,” Clapton sings in Find Myself.

“Reptile” was the childhood nickname given to him by farm worker Charlie Cumberland, the village pub celebrity who later greeted the then-famous Clapton with the words, “Still playing that ol’ banjo, boy?” Clapton wrote an explanation for the album’s title, saying: “Where I come from, the word ‘Reptile’ is a term of endearment. It’s a form of acknowledgement. It’s what your good mates call one another; ‘He’s a reptile’ – meaning ‘He’s one of the lads.’ It was coined by the guy called Charlie Cumberland, who’s not even from Ripley, he’s from Cumberland, but he’s one of the local lads.”

Clapton recorded Reptile in the immediate aftermath of his million-selling collection of duets with BB King, Riding With The King. After two weeks of work at a Los Angeles studio called Record One, Clapton took a break, unsatisfied with what they had cut so far. “I went off to Vancouver to do some fishing. I was listening to the tapes of the album and thinking, This hasn’t got any magic… at all. It’s not really working, although we appeared to have got all the right ingredients,” Clapton told Mike Hrano in 2001.

“And then, in that period, I met up with some family that I have in Canada and we were talking about the fact that my uncle had passed away, earlier in the year,” he continued. “Suddenly, another element came in – which was that I became inspired by the passing of my uncle, who was a very big influence in my life. Suddenly, I got re-motivated and I went back to the studio. Then, almost accidentally, The Impressions came in, Billy Preston came in – and what was like a dead duck before, something which really wasn’t happening, suddenly exploded and, in the following two weeks, we basically made my new album.”

The title track – a gentle samba that opens the record – and the closing tune, Son And Sylvia, are two polished instrumentals, the latter celebrating his uncle and aunt’s long, happy marriage. Adrian – always known as Sonny – played the harmonica, and Clapton wrote a harmonica section in Son And Sylvia for Preston to play in tribute to him.

Over Reptile’s 14 tracks, Clapton blends lots of the styles he had worked in for four decades, including classic blues, soul, funk and gospel, and performed them all with his usual assured playing. Clapton worked hard on finishing the album in a “very perfectionist way”, returning to The Town House and Olympic Studios in London to re-record some vocal tracks and to add strings arrangements from Nick Ingman to four of the songs, including the moving Broken Down, co-written by Clapton’s long-term collaborator and Grammy-winning songwriter Simon Climie, who also served as Reptile’s co-producer.

The album also contained several interesting covers, including a version of Stevie Wonder’s I Ain’t Gonna Stand For It – from his Hotter Than July album – and an Isley Brothers hit, written by James Taylor, called Don’t Let Me Be Lonely Tonight. Clapton also pulls off an exquisite JJ Cale imitation on the guitarist’s composition Travellin’ Light. The best of the covers, however, is a passionate version of Ray Charles’ Come Back Baby, on which Clapton performs a potent guitar solo.

“The album has got a very strong core”

The upbeat Superman Inside, co-written by Clapton, Doyle Bramhall II and Susannah Melvoin, is a sleek, pulsating rocker featuring keyboard players Joe Sample and Preston, bassist Nathan East, drummer Steve Gadd and The Impressions on background vocals – and stands comparison with the best of Clapton’s 80s solo work, exemplifying why he described Reptile as like “an electric unplugged album”.

Released on 13 March 2001, Reptile sold more than 2.5 million copies and was notable also for its artwork – a snapshot gallery of family and Ripley friends. “The album has got a picture of me on the front aged about nine years old, and of my uncle on the back, with his mother – my grandmother – when he was about nine,” explained Clapton. “There are a lot of pictures inside of all my school-mates at that age. And all of the musicians playing on the record. I made them submit pictures of themselves when they were nine. So the album has got a very strong core.”

Find out how Clapton began to take flight on Five Live Yardbirds.