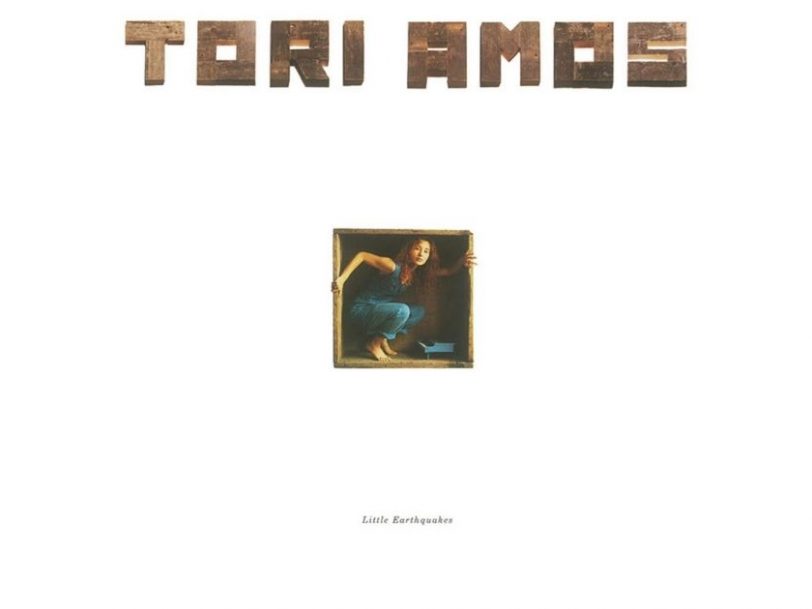 An album that deals with God, sex and survival, Tori Amos’ ‘Little Earthquakes’ gave a voice to women. Its tremors can still be felt.

Little Earthquakes, the debut solo album by singer-songwriter and pianist Tori Amos, marked her commercial and artistic breakthrough, and sounds as vital and powerful now as it did three decades ago. First released on 6 January 1992, it peaked at No.14 in the UK charts, with help from the singles Silent All These Years, China, Winter and Crucify, and it has since gone double-platinum in the US. In truth, however, every song on this seismic 12-track record – which regularly features in “greatest albums of all-time” lists – is a little masterpiece.

“What is my thing? What am I all about?”

The path to this success was not always smooth. Amos was born Myra Ellen to the Reverend Dr Edison Amos, a Methodist minister, and Mary Ellen (Copeland) in North Carolina. She adopted the name Tori when a friend’s boyfriend said she resembled a Torrey pine tree. A child-prodigy pianist, she won a full scholarship to the Peabody Institute at Johns Hopkins University in Baltimore aged just five – the youngest person ever to have been admitted – yet, by 11, she’d been expelled because of her interest in popular rock music and her insistence on playing music by ear.

That experience inspired the name of the synth-pop band she fronted, Y Kant Tori Read – her first serious foray into the world of rock. The band’s eponymous album, released by Atlantic in 1988, was largely ignored, an experience Amos now credits for delivering her back to her beloved piano. It took a nudge from a friend to remind Tori of her roots – at the time she didn’t even have a piano in the house – but once she procured an old upright there began a period of intense creativity. Amos often compares her deeply personal debut album with a diary – “at a certain point you go, ‘Well, what is my thing? Who am I? What am I all about?’” – and it was an anomaly in the era of guitar-based grunge.

“I guess I became a vigilante”

In its first incarnation, Little Earthquakes was rejected by Amos’ label. “Doug Morris, who ran Atlantic Records at that time in America, made a deal with me that if I turned in four more songs that weren’t just centred around the piano, but were more band-based, that we would move forward,” Amos told this author in 2015. “Those four songs – which were Girl, Tear In Your Hand, Precious Things and Little Earthquakes – kind of made the record a whole.

“It was a real fight to get people to have a different image of what the piano was,” she said of that time, “and somebody had to fight that fight. While I was fighting it, I didn’t realise that I happened to be that person because when it’s happening you don’t see it in a historical context. I started to get… well, it became a mission of mine; I guess I became a vigilante, because I refused to see how the piano had been boxed in to this definition of passive and non-confrontational, and I decided you could be confrontational and powerful – and the screaming had to be in the content, not necessarily in what your voice was doing.”

“I didn’t know how many women would respond”

In raw, confessional songs, Little Earthquakes tackles powerful subjects, such as Amos’ religious upbringing, misogyny and a traumatic sexual assault that took place during her Y Kant Tori Read days. The attack is documented in the haunting a cappella Me And A Gun – the record’s penultimate track, which she wrote after watching Thelma And Louise. It’s a song that stays with the listener long after it ends, especially when Amos sings it live in an almost trancelike state.

Arguably the album’s most famous song, Me And A Gun was another late addition, recorded after a tactical move to the UK to drum up press. “Me And A Gun launched the whole project in the fall of 1991 when it was released as an EP,” Amos remembered in the liner notes to A Piano: The Collection. Other songs were removed in those final tweaks: “I think out of everything that was taken off the Little Earthquakes tracklisting, Flying Dutchman was the hardest one to lose. Flying Dutchman and Upside Down were the final ones to go.” (Those tracks have since been reunited with their former bedfellows on the extended version of Little Earthquakes included on A Piano, and on a disc of B-sides and rarities released as part of the album’s deluxe-edition reissue, in 2015.)

Me And A Gun was well received critically, but, more importantly, spoke to millions of survivors. “When I wrote it, I didn’t know how many women would respond… One out of every four women who get backstage say that they have had a similar experience and that they haven’t spoken about it.” In 1994, Amos co-founded RAINN (Rape, Abuse, And Incest National Network), the US’s largest anti-sexual assault organisation, and her humanitarian work continues to this day.

“It deals with the repression of expression”

Little Earthquakes’ opener, Crucify, sets the tone for what follows: “Every finger in the room/Is pointing at me,” Amos begins breathlessly. “I wanna spit in their faces/Then I get afraid of what that could bring.” It’s all there in the first couplet: fear, rage, defiance. Crucify introduces a record that’s about God, sex and survival: “I’ve been looking for a saviour in these dirty streets/Looking for a saviour beneath these dirty sheets/I’ve been raising up my hands, drive another nail in.” If that all sounds a bit heavy, there’s humour in there, too. You can almost hear the eye-roll in “Just what God needs, one more victim.”

“It deals with the repression of expression,” Amos told What’s On In London, “all those thoughts and feelings which remain unspoken.” Classic coming-of-age songs about reclaiming your power – Girl, Silent All These Years and Precious Things – would be standouts on any album, but they’re all here on the same record – and, like many of Little Earthquakes’ tracks, still rank among the best Tori Amos songs.

“How could I give a song like that away?”

Amos switches point of view in these autobiographical songs, experimenting with her storytelling. In Girl, which began its life at an old upright piano on a family trip to Virginia and was almost forgotten afterwards, the third-person lyrics – “She’s been everybody else’s girl/Maybe one day she’ll be her own” – lend a universality to a track that spoke to legions of fans, particularly post-#MeToo, when the already popular song gained a new lease of life.

Building from its tinkling opening into an impassioned cry from the heart, Silent All These Years – her most requested song at gigs – is also one of Amos’ most personal. Inspired by the story of the voiceless Little Mermaid, which she used to read with her niece Cody, the track was initially released as a B-side to Me And A Gun, but when BBC Radio 1 named it Song Of The Week, it was given a single release in its own right. In it, Amos addresses an unknown “you” who seems to shift from friend to foe, as the lyrics themselves move from reflective to hostile: “So you found a girl who thinks really deep thoughts/What’s so amazing about really deep thoughts?/Boy, you best pray that I bleed real soon/How’s that thought for you?”

“I started writing it for Al Stewart – not the lyrics – because he’d asked me to write something,” Amos recalled in the A Piano liner notes. “I allowed myself to find my voice for somebody else, but not myself. Then Eric Rosse [Amos’ then partner and a producer on the album] made me ask myself the question: How could I give a song like that away?”

“This needed to go back to ideas of Creatrix”

Demonstrating the magnitude of her talent and mercurial deftness as a musician, Little Earthquakes is an album of many moods. On a record that rails against the patriarchy, Winter – another track adored by fans and one that has been covered by everyone from R.E.M. to Amanda Palmer – is an exquisitely tender song about paternal love, inspired by Amos’ father and grandfather: “He says, when you gonna make up your mind?/When you gonna love you as much as I do?”

Mother – Winter’s delicate counterpart – honours the female. “I wanted – I needed – the polar opposite,” Amos explained to Rolling Stone, “so I felt like this needed to go beyond the human mother. This needed to go back to ideas of Creatrix.” Then there’s the bittersweet yearning of Tear In Your Hand, which looks back at a lost love, and the heart-wrenching simplicity of the ballad China, originally titled Distance (“Sometimes I think you want me to touch you/How can I when you build a great wall around you?”).

Little Earthquakes closes with its title track, a slow-burning powerhouse that builds gradually and rhythmically to its climax – the repeated incantation, “Give me life/Give me pain/Give me myself again.” We end in a place of empowerment, far from the dirty sheets of the opener, but with the resounding reminder that it “doesn’t take much to rip us into pieces”. Thirty years on – and ad infinitum – that’s still true.