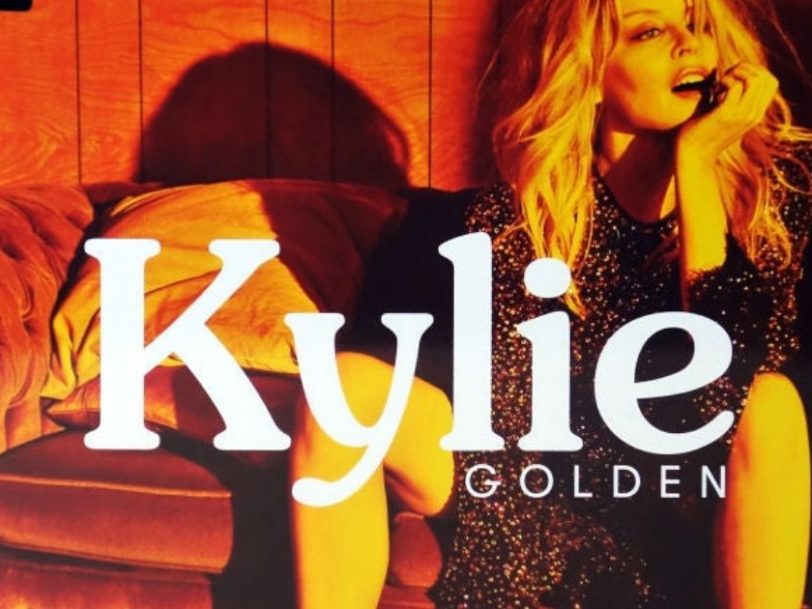 Like ‘Dolly Parton standing on a dancefloor’, Kylie Minogue ensured her ‘Golden’ album was her most surprising new direction yet.

The cathartic charm of Nashville has proved a reliable pilgrimage for pop artists in search of inspiration, and Kylie Minogue’s trip there in the summer of 2017 was no different. Emerging with the country-pop album Golden, the Australian star showed there was yet more musical territory she wanted to conquer.

“Dolly Parton standing on a dancefloor”

The plan had been to craft another collection of the EDM-pop, but gentle persuasion from Kylie’s new A&R team (she had just set up a new label deal) led her to the US with the intention of creating a few songs and, perhaps, a single. In the event, the two weeks she was there reset the entire project, which was eventually released on 6 April 2018.

Kylie worked with seasoned country-pop creators producer Nathan Chapman and songwriter Liz Rose, but she was careful to also keep more familiar collaborators to hand, creating a blend of influences that reskinned her melodic dance-pop with a fresh coat (of many colours). Dancing, Golden’s first single, is a perfect example of how this worked: a fresh, radio-oriented dance track with lifting country top-notes, it justified Kylie’s description of Golden as “Dolly Parton standing on a dancefloor”. More familiar club remixes helped Dancing cross the genres, and the song became a decent-sized hit, with a showing inside the UK Top 40.

Other singles from the inspired 12-track collection include the banjo-led Lifetime To Repair, the standout title track, co-written with Liz Rose, and Stop Me From Falling, which was remixed as a collaboration with Cuban duo Gente De Zona, giving it a contemporary Latin twist which excited the critics arguably more than much else on Golden. The reviews were decent but failed to give Kylie due credit for what’s a supremely able pop project with a twist of something new.

Richard Stannard, one of Kylie’s most regular musical partners, worked on two of the album’s tracks, and his One Last Kiss amplifies his familiar hooks with a sharp production that likely had no direct connection with North America’s first city of country-pop, demonstrating just how versatile his approach can be. On Shelby ’68, it’s even more effective; this gorgeous midtempo ballad deserved a single release that would give it more time in the spotlight.

On other cuts, such as Live A Little, it’s easy to see how Golden’s country influences were laid over more traditional approaches for the singer, who, in 2018, was celebrating the 30th anniversary of her pop breakthrough, I Should Be So Lucky. Unlike Madonna, her main pop rival mong the best 80s female singers, Kylie is careful to keep her material within reasonably predictable parameters, but Golden was a brave – even daring – departure. So what if cuts such as Love, while catchy enough, didn’t offer much new? She knew how to keep her fans on-side. Just hear Raining Glitter, a frothy pop moment that’s perhaps the record’s lightest moment and closest to the material you’d have found in Kylie’s halcyon PWL days.

“I didn’t do that many takes. We liked the imperfection”

Of the album’s ballads, Radio On is a delicate, very personal triumph; Kylie admitted that Golden, on which sees earned a writing credit on every track, tested her. “I found the vocal delivery on this album really different,” she told Entertainment Weekly. “The verses are a bit more talk-singing and kind of relaxed… They still have big choruses, but I enjoyed doing those differently. I didn’t do that many takes. We liked the imperfection, the human quality to it. I can make myself sound like a robot, but it was a nice change to present myself as I am at this point in my life.” The album’s highlight is certainly the tender, wistful Jack Savoretti duet Music’s Too Sad Without You. Issued towards the end of the year, as Golden’s final single, it still stands among the best Kylie Minogue songs.

Four strong bonus tracks on the album’s deluxe edition all add to the sense that this was a period of rewarding creativity for Kylie. Her legendary Glastonbury performance – and its undoubted consolidation of her status among the world’s most influential female musicians – would be just over a year away, but Golden’s infectious country-pop charm proved the perfect appetiser to that showstopper.

Check out our best Kylie Minogue songs to find out which ‘Golden’ tracks shine brightest.