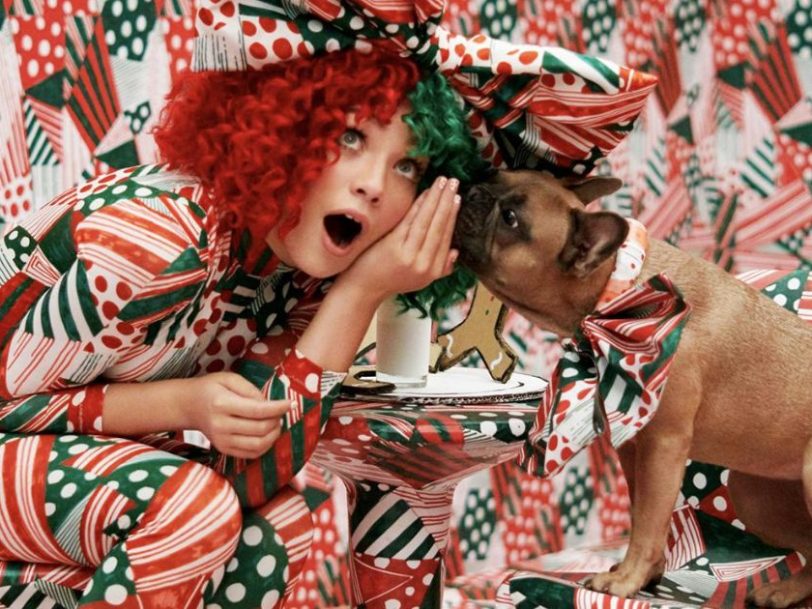 ‘Everyday Is Christmas’: How Sia Unleased Her Inner Christmas Child

With her ‘Everyday Is Christmas’ album, Sia set out to improve on the state of modern Christmas songs. She pulled out a cracker.

Sia was in a buoyant mood in May 2017. Along with her producer Greg Kurstin she was having plenty of fun recording the songs for her Everyday Is Christmas album. Sia and Kurstin remembered “laughing at the end of each day” in the studio, and it’s this unalloyed joy that shines through on her quirky, infectious modern Christmas album – and it can clearly melt your heart, even in May’s warm climate.

“I couldn’t stop writing new songs – so, I ended up with an original album by accident”

“I thought we had a bit of a shortage of good Christmas music,” Sia said in 2017, speaking just prior to the album’s release. “There’s obviously the classics and stuff, but anything new, I wasn’t vibing that much on it.” Infamous for her swiftness in writing, Sia set out to create her own take on snowmen, Santa, puppies and candy, and found the songwriting pulse just kept throbbing. “It was easy and fun. So, we did it in two weeks. And I couldn’t stop writing new songs – so, I ended up with an original album by accident.”

What’s interesting about Sia is that, while she is enigmatic about many aspects of herself, she is quite willing to demystify the songwriting process – debunking the myth that all inspiration is divine. She is prepared to expose the cogs of songwriting, as she explained in 2016. “I love the idea of how fast can we make the song, but I don’t think that I’m necessarily like a super-talented songwriter. I think I’m just really productive. One out of ten songs is a hit. So where a lot of people will spend three weeks on one song, I will write ten in three weeks.”

“You’ve got all of the subject matter, you just have to expand on them”

This was Sia’s approach for Everyday Is Christmas. As for her motivation, she said that “it’s already there, all of the concepts, you just have to expand on them. It’s not like you have to have an original idea to begin with. It’s like, Christmas, mistletoe, ho-ho-ho, Santa Claus, Christmas list, elves. You’ve got all of the subject matter.”

Sia also understands the various emotions people can go through during the holiday season, and all bases are covered on Everyday Is Christmas. There’s the wistfulness of Snowman, the eaten-too-many-sweets sugar rush of Puppies Are Forever and the party mood of the album’s reggae-tinged lead single, Santa’s Coming For Us. Best of all is Underneath The Mistletoe, on which Sia offers up Chandelier-type emotional surges as she sings of Christmas crushes and keeping warm.

“I don’t know how she comes up with song lyric and melody ideas so quickly,” Greg Kurstin said in 2017. Kurstin had previously worked on Kelly Clarkson’s 2013 festive record, Wrapped In Red, and recording Everyday Is Christmas took him back “to when we used to get into jazz chord changes. There’s some really fun uptempo Christmas jams, and then there’s also some Sia ballads.”

Many of the best Christmas albums will feature at least one standard or Christmas carol. Bob Dylan couldn’t resist including Hark! The Herald Angels Sing on Christmas In The Heart; the artists of Phil Spector’s production stable closed their legendary A Christmas Gift For You album with Silent Night; even the celebrated cult band Low recorded The Little Drummer Boy for their contemplative 1999 Christmas EP. But not Sia. Each track on the initial release of Everyday Is Christmas, which hit the shelves on 17 November 2017, is original, all co-written by Sia and Kurstin. “What really blows my mind is just that she wrote these new Christmas stories, in a way,” Kurstin said, “and it’s kind of amazing that she did that.”

For the deluxe edition of the album, released the following Christmas, Sia added three bonus tracks – two more festive originals, plus a cover version: Round And Round, a song made famous by Perry Como. Not strictly a festive song, the track was nevertheless featured in a holiday campaign for Target stores in the US.

Pressing Pause on the cares of the world

The cover of Everyday Is Christmas features actor and dancer Maddie Ziegler, dazzling in a two-tone wig of red and green. Sia’s trademark face-obscuring wigs have been interpreted in all sorts of ways, from self-consciousness, to a desire to stay incognito in regular life, to a deliberate strategy of mystery. But wigs are also about the very basic thrill of dressing up and having fun. Ziegler, so often employed to visually interpret Sia’s emotions, brings forth that primal pleasure in costume here. Amid wrapping paper and bows, with eyes bigger than dinner plates, Ziegler proudly surfaces Sia’s inner Christmas child.

Sia is something of a contradiction in modern pop. While she is one of the most powerful and successful songwriters of the past decade, writing enormous hits with clear hooks and mass appeal, she also channels a performance-art aesthetic, with her wigs and her use of proxies such as Ziegler in videos and live appearances. While mysterious about her outward appearance, Sia has nevertheless been candid about issues such as addiction, sexuality and mental health. Everyday Is Christmas is where she presses Pause on the cares of the world, and it is a delight to revisit it every December.