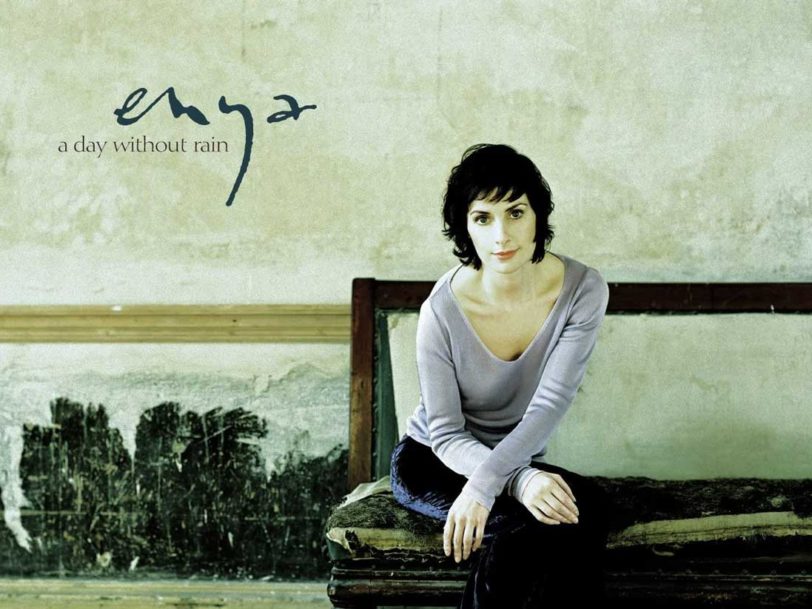 A Day Without Rain: How Enya Soundtracked A Year Of COVID-19

A frighteningly accurate timeline of emotions, Enya’s ‘A Day Without Rain’ album seemingly predicted COVID-19 and the events of 2020.

The 2020s have had an inauspicious start. The move into a new decade was meant to be a real chance to put the past behind us and become the best versions of ourselves. Instead of fulfilling industrious resolutions and heading back to the gym, however, we have been gifted with a worldwide pandemic and never-ending examples of how idiotic governments can be. 2020 has been a bad year, to say the least. One of the only good things to come out of it is realising Enya could predict the future – though, if her astoundingly prescient fifth album, A Day Without Rain, is to be believed, things are not going to improve anytime soon.

Listen to A Day Without Rain

Released on 20 November 2000, A Day Without Rain, is an elegant body of music that shaped its own curious genre in order, becoming her most unique album to date. Revealing an astounding dedication to her craft, every sound you hear, every instrument played, was done so by Enya. And the album is more relevant now than ever. Twenty years after its release, what was once seen as complex and beautiful feels like an unfortunate and fragile prophecy that paints Enya as an unaware soothsayer.

How did she do it? We’ll never know, but there’s something so haunting about the way A Day Without Rain encapsulates the fears and thoughts felt across the world in 2020 that it’s hard to believe the album wasn’t written in response to COVID-19. The emotions – both happy and sad – she details are relatable and real, from the feeling of isolation that greeted the initial days of lockdown, to the surging panic felt when COVID-19 spilled into the summer and beyond.

On the surface, A Day Without Rain follows a conventional album formula: drawing you in slowly at first, it ups the dread and then softly returns to the mellow introductions that welcomed us so kindly in. Listen a little closer, however, and the album is far darker, far eerier than anyone could have imagined. Through its 12 songs, Enya seemingly hops between meticulously conjoined soundscapes, each with their own diverse theme; these songs describe love and longing, but they also reflect the shared panic of a nation living in fear.

The album’s title track opens things peacefully, as if an ode to hopeful new beginnings at the start of 2020: we may have been aware of COVID-19, we just didn’t think it would affect us. A lucid piano softly ushers us in, while a gentle chorus of disembodied voices hums tenderly. Innocent, peaceful and simple, it’s a lullaby helping us drift into the complex dreamscapes Enya has planned out.

If 2020 has taught us anything, however, the calm doesn’t last for long. Wild Child is characterised by the ethereal, plucky strings so often used in Enya’s music. Though chirpy and beguiling, it is perhaps the most ominous song on A Day Without Rain, juxtaposing upbeat melodies with darker subject matter to heighten its intensity. In describing the world moving around outside while we are stuck indoors, witnesses rather than participants, Enya unknowingly alludes to the seemingly infinite, inescapable cycle of lockdown and the creeping anxiety it has introduced into our lives.

There is, however, an optimistic element to the song, which serves as a list of things we must not take for granted: “Let the rain fall down/Everywhere around you/Give into it now/Let the day surround you,” Enya sings. Her celestial vocals enhance the idea that we should appreciate everything, but, on a deeper level, she is also encouraging us to embrace the positives within our now dystopian reality. Appreciate the sunny days, the rainy days and the company you keep; you don’t know when you’ll see them next.

The most sinister track on A Day Without Rain, Only Time will forever be associated with tragedy, thanks to its use in news footage covering the horrific aftermath of 9/11. Following hundreds of thousands of deaths from coronavirus, however, the song now has a new tragedy to soundtrack.

Again, a plucky harmony of strings accompanies Enya’s angelic vocals as she sings about how uncertain the future may be (“Who can say where the road goes/Where the day flows, only time”). Her voice occupies an empty dread, an uneasiness that lingers as she realises she has no control over her life. It is the perfect metaphor for everyone’s reaction to COVID-19 as it spread across the world, impacting everything it came into contact with. We share Enya’s paranoia: we, too, have no idea when the turbulence will end.

As A Day Without Rain continues, we’re guided through moments of fleeting bliss and welcome refuge – the joyous summer months when cases of COVID-19 had decreased, and we exercised more freedom. Flora’s Secret conjures a dream of a euphoric summer not entirely dissimilar to ours, in what seems to be an infinite field of flowers. One By One has dreamlike rhythms, as it waves goodbye to the past and welcomes whatever comes next – hopefully, stability and good health. Providing welcome refuge from the chaos, these temporary hallucinations never last long – like the empty promises of governments who told us they had the pandemic under control.

This momentary peace surfaces again in The First Of Autumn, which begins like a bad trip with rampant strings evoking an unseen danger. As the tune progresses, however, we find ourselves again in a dream world – one that, this time, we seem to have created ourselves. It’s a powerful instrumental piece made from powerful strings and divine choruses that all but invite us to take refuge inside its beauty.

Trapped in a constant loop

Despite these delicate spots of sweetness, A Day Without Rain assures us that there are more uncertainties to come. Its quaint closer, Lazy Days, ends on a few seconds of silence; play the album on repeat, however, and they fade back into the opening track, as if trapped in a constant loop with no ending in sight.

An accidental soundtrack to COVID-19 and the events of 2020, A Day Without Rain is offers a near-perfect timeline of emotions. Enya has always seemed to be magic, but who would have guessed she could predict the future?

Listen to the best of Enya