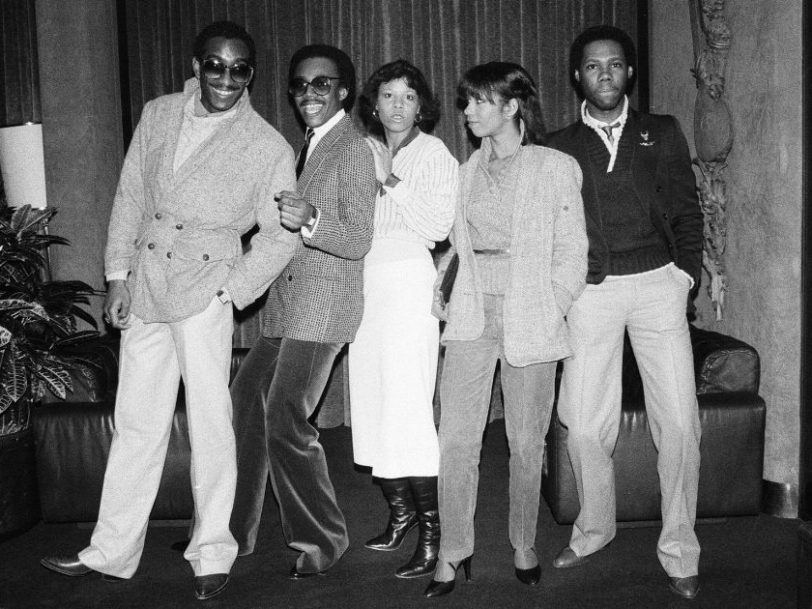 Released in September 1977, Chic’s debut single, Dance, Dance, Dance (Yowsah, Yowsah, Yowsah), was tailor-made for discotheques. Armed with a groove to get feet moving, and self-produced with an ear for club-goers’ innermost desires (with enchanting vocals from soul diva Norma Jean Wright), the song was immediately enjoyed for its impeccable R&B brio, but came loaded with lyrical subtext, exemplifying what Chic mainman Nile Rodgers would call the group’s commitment to “DHM” (deep hidden meanings).

At the time, it might have been easy for critics to sneer at the popularity of disco – raising a collective eyebrow at the perceived superficiality of its more novelty songs – but Dance, Dance, Dance (Yowsah, Yowsah, Yowsah) transcended such cynicism, not just by the force of its musicality but also its socially-charged undertones. Here, then, is the story of how the song came into being, thanks to a little bit of jamming from bass player Bernard Edwards and a spot of late-night TV consumption from guitarist Nile Rodgers.

One evening, Nile Rodgers found himself sitting in front of the television watching a screening of the 1969 movie They Shoot Horses, Don’t They? Directed by Sydney Pollack, it was set in the 1930s, following the Wall Street Crash, and told the story of aspiring film director Robert Syverton (Michael Sarrazin), who stumbles across a never-ending series of brutal dance marathons in which contestants vie for a $1,500 prize. Rodgers later commented on how the movie was “all about how the poorest people in America could use dancing – even though it was almost slave-like – just to make $500, which was more than they could make in a year. People died during those dance marathons.”

The seed of a lyrical idea was planted in the guitarist’s brain. And when he heard an instrumental Bernard Edwards had been cooking up in the studio with composer Kenny Lehman – touted as a potential B-side – the immediacy of its locomotive groove instantly set Rodgers’ mind racing. Knowing that dancing had made a raging comeback thanks to the rise in popularity of disco, Rodgers began to finesse the lyrics. “He’s got this whole song with the exception of the ‘Rumba, el tango’ section,” Rodgers later recalled. “I added that because I was reflecting the dance scene, wanting to talk about my life, too.”

Given that the US was itself undergoing a prolonged period of economic recession in the 70s, the incessant chant of “Dance, dance, dance!” was intended to evoke the unrelenting dance marathons Rodgers had seen in They Shoot Horses, Don’t They? “Dance, Dance, Dance was all about the Great Depression,” Rodgers said. Having intended to mirror the then current trend for club-based escapism with a sly social comment on the desperate lengths people go to in difficult times, he added, “Human suffering has always been used as a form of entertainment. Go back to the Colosseum, marathons, and people going to watch people die in a dance marathon.”

Since many of the participants in these real-life 1930s-era dance marathons were Black, it’s hardly surprising that Nile Rodgers, a former subsection leader of the Black Panthers, seized the opportunity to smuggle his own breed of political activism into the nightclubs. With Rodgers wanting to write a song “full of history, culture and the Black experience, loaded with people overcoming their situation”, Dance, Dance, Dance’s lyrics reference popular dances such as the rumba, tango and the Latin hustle, soundtracking a relentless boogie while evoking the whip-cracking joust of a gladiatorial contest.

Again referencing They Shoot Horses, Don’t They?, the song’s refrain of “Yowsah, Yowsah, Yowsah” was lifted straight from the mouth of the unscrupulous dance-marathon MC Rocky Gravo, played by Gig Young in a role that won him an Academy Award for Best Supporting Actor. During the song’s recording, it was Kenny Lehman who held his nose to give his best Rocky Gravo impression. The word’s slavery-based connotations (“Yessir, master”) led to some criticism, though Nile Rodgers vehemently denied this interpretation had anything to do with the song. “We couldn’t believe they were so short-sighted that that’s what they’d think we were saying,” the guitarist said.

In a way, Rodgers’ love of DHM meant he couldn’t necessarily control how people perceived his songs, but he felt uneasy about how Dance, Dance, Dance’s real inspirations could be misunderstood by those with potentially nefarious motives. “It pains me that people don’t understand the intellectual content of our lyrics after how hard we worked on the song,” he said. On the surface of it, Dance, Dance, Dance (Yowsah, Yowsah, Yowsah) was Chic’s first attempt to capitalise on the disco gold rush, and was destined to succeed largely due to its convergence of musical opportunism and Rodgers’ lyrical acumen. “The lyric writing had to be as clever as hell,” he said. “There’s no way I could write a song that could be blatantly ‘dance, dance, dance’ and that was the end of the story. It doesn’t work for my soul.”

“We were boosting that shit. Nobody was doing that in those days”

On the strength of the Dance, Dance, Dance demo alone, Chic were signed by Atlantic Records and, within a week, the song was fast-tracked onto 2,000 copies of white-label vinyl in order to be distributed at a disco convention. Bernard Edwards’ bass-playing was exemplary, and a bit of production wizardry ensured his rumbling fret notes would jump out of the speakers and rattle the floor. “We were boosting that shit. Nobody did that in those days,” Nile Rodgers said. In this respect, Dance, Dance, Dance was a pioneering record that ensured Chic’s influence would spread beyond the disco marketplace: it set the blueprint for the floor-thumping beats later co-opted by house and techno DJs.

“We cut deeper and wider grooves to have that bass response, so you could take that record home and it didn’t skip,” Rodgers later revealed. “We were pushing the limit.” Upon its official release as a single, on 30 September 1977, Dance, Dance, Dance (Yowsah, Yowsah, Yowsah) went to No.6 in both the US and the UK, selling a million copies in under a month and holding its own against stiff competition from a certain Bee Gees-led movie soundtrack. Rodger Bell, Kenny Lehman’s manager, recalled how it went “just behind all those singles that came out from Saturday Night Fever. It would have got to gone No.1 had that record not been there. It was released in the run-up to Christmas, by an unknown. We still took off anyway.”

As the perfect introduction to Chic, Dance, Dance, Dance (Yowsah, Yowsah, Yowsah) owed its considerable success to the funk-laced majesty of bass maestro Bernard Edwards and the guitar-based virtuosity of Nile Rodgers. More than just a surface-level club smash, it remains one of the best Chic songs, and it retains a conceptual latitude and lyrical depth that few of the group’s disco contemporaries could match. Laying the foundations for Chic’s ascendancy to pop greatness, Dance, Dance, Dance got people moving without being empty-headed about it. With “DHM” as their weapon, Chic were ready to mount their conquest for disco immortality.

Find out where Nile Rodgers ranks among the most influential Black musicians in history.