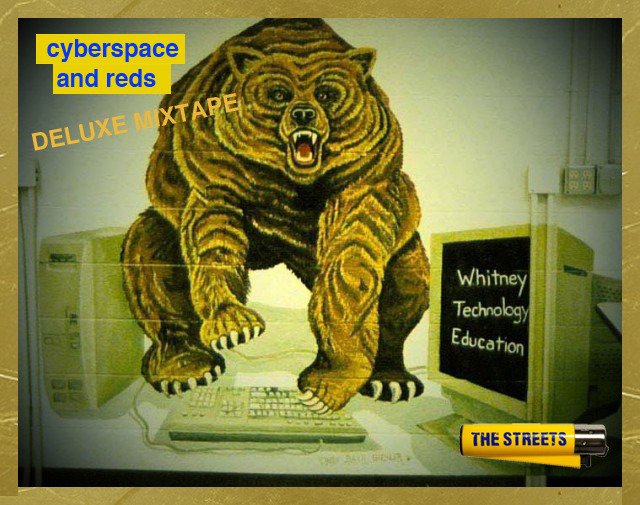 Mike Skinner, aka the musician best known as The Streets, swiftly made a name for himself in the UK rap scene with his deeply authentic and potent debut album, Original Pirate Material. The Birmingham MC was an unexpected star in the making: young in age and honest in his lyricism, he spoke of real-world Britain while crafting a unique blend of UK garage, hip-hop and electronica. However, it was Skinner’s second release, the chart-topping A Grand Don’t Come For Free, that propelled him into the mainstream, with singles such as Dry Your Eyes and Fit But You Know It solidifying him as a household name. After five acclaimed studio albums, Skinner called time on The Streets, declaring that 2011’s Computers And Blues would be their final album. As an extra parting gift, on 24 January 2011 he released the full-length mixtape Cyberspace And Blues, two weeks ahead of the album’s release.

“This is the very end of me rapping”

It was the end of an era (for a while: The Streets returned in 2020 with None Of Us Are Getting Out Of This Life Alive, but Skinner was going out on a high. Computers And Blues had been ready for over a year but, much to Skinner’s frustration, its release had been pushed back to build further hype around the record. Crafted from various recordings and guest verses from the likes of Kano, Wretch 32, Ghostpoet and Wiley, the Cyberspace And Reds mixtape was Skinner’s way of getting his music out on his own terms.

The mixtape came with the release of a phone app titled Mike Scanner, which encouraged fans to scan two barcodes: one on The Streets’ official website, the other on a 300g tin of Heinz tomato soup, which would enable them to download the music (he later made it available online to his extended fanbase, stating, “this is for all my android, nokia and blueberry haters. the deluxe edition of cyberspace and reds featuring fresh barz on the robots tune by frisco”).

Musically, Cyberspace And Reds is a fiery collection boasting great energy, outrageous beats and a UK MC free-for-all, as exemplified by its opening track, Came In through The Door. A party banger featuring Kano, it’s highly sexual in parts, boasting witty lyricism, wobbly drum’n’bass in the low end, and dry breakbeats.

One of Skinner’s most in-your-face works, Cyberspace And Reds continues with its focus on attitude, revelling in the heavier side of his music. Mainly a mix of grime, breakbeat and UK dance, it also finds Skinner doing what he does best: representing the UK in entirely original fashion, keeping true to its sound and culture. It also sees him prioritising feeling over precision, focusing on beat-making and collaboration rather than taking an overly methodical approach to recording. Less concept-heavy, more confrontational and a little bit messy, it digs deeper into British rap than any previous Streets release.

Having recorded Cyberspace And Reds after completing Computers And Blues, the mixtape also feels like the true send-off to The Streets. On its final track, At The Back Of The Line, Skinner states, “This is the very end of me rapping,” confirming to his fans – and maybe partly to himself – his feelings towards The Streets.

Following the release of Computers And Blues, on 7 February 2011, Skinner pursued other musical avenues, including a project titled The D.O.T., with singer Rob Harvey, and various single and remix releases, while also taking his DJing to clubs around the world. Skinner never lost his passion for promoting underground UK talent, hosting the Don’t Call It Road Rap documentary for VICE in 2017, which shone a true light on some the UK’s most controversial artists.

When Skinner returned to The Streets, he seemingly looked back to Cyberspace And Reds for inspiration. None Of Us Are Getting Out Of This Life Alive found him similarly focused on spontaneity, production and collaboration, with guest spots from IDLES, Tame Impala, Kasien, Ms Banks and Donae’o encouraging Skinner himself to return to rapping – despite his previous claims.

The Streets’ future still seems uncertain, but, over a decade on from its release, Cyberspace And Reds seems to have given Skinner a new creative avenue to follow. The mixtape format seems to suit a mature Mike Skinner, who, without the pressure of delivering fully conceptualised albums, can use them to say what he feels The Streets need to say. With None Of Us Are Getting Out Of This Life Alive hitting No.2 in the charts, it seems plenty of people still want to listen.