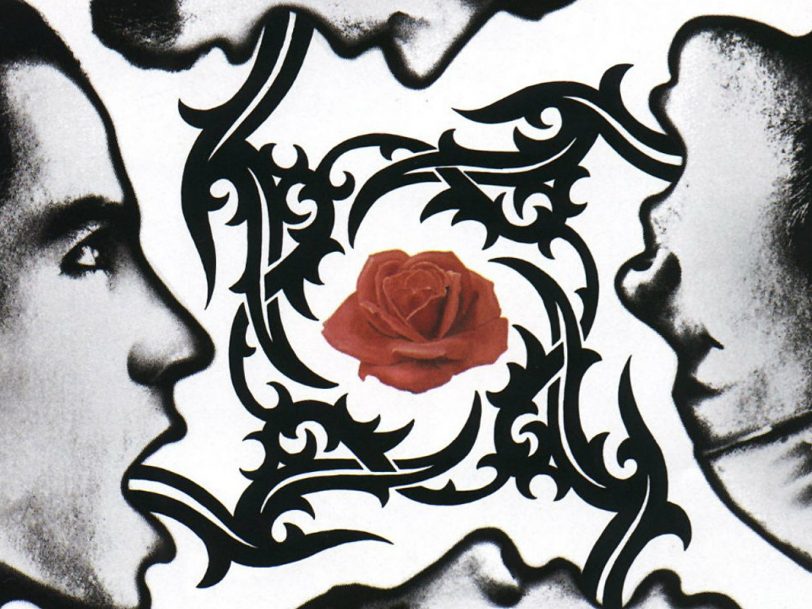 Their commercial breakthrough – and arguably their most essential platter – Red Hot Chili Peppers’ fifth album, Blood Sugar Sex Magick, shot to No.3 on the Billboard 200, spawned a series of hits and eventually moved over seven million copies in the US alone.

“We all knew we were doing our best work yet”

These are the sort of statistics most artists dream of, yet they were especially hard won where the Chili Peppers were concerned. Though highly regarded in and around Los Angeles after forming in 1983, the band’s first three albums – The Red Hot Chili Peppers, Freaky Styley and The Uplift Mofo Party Plan – failed to elevate them above cult status, and they also suffered a major setback when original guitarist, Hillel Slovak, died from a heroin overdose in June 1988.

It’s been well-documented that vocalist Anthony Kiedis was also struggling with narcotics during this period but, after Slovak’s death, he cleaned up and joined bassist Flea alongside two new bandmates: the prodigiously talented teenage guitarist John Frusciante and drummer Chad Smith, who replaced the group’s outgoing Uplift Mofo-era sticksman Jack Irons.

The new line-up’s debut, Mother’s Milk, saw a modest upswing in the Chili Peppers’ fortunes, as it narrowly missed the Top 50 of the Billboard 200 and yielded a minor hit with a cover of Stevie Wonder’s Higher Ground. However, the band were unhappy with their producer, Michael Beinhorn, and even less enamoured of their label, EMI. Hoping to get a new deal, the group had intended to sign with Sony/Epic, but then realised they would be much more at home with Warner Bros.

“The most wonderful recording session we’ve ever had”

The Chili Peppers were especially impressed with Warners’ CEO, Mo Ostin, who had even gone so far as to call Anthony Kiedis to congratulate him on the band’s new deal with Sony. “The coolest, most real person we’d met during all these negotiations had just personally called to encourage me to make a great record for a rival company,” Kiedis recalled in his memoir, Scar Tissue. “That was the kind of guy I’d want to be working for.”

Changing their original plan and signing with Warners instead, the group then settled their producer-related worries when they hired Rick Rubin to helm the sessions for their fifth album, Blood Sugar Sex Magick. An influential and in-demand producer whose credits included Slayer’s Reign In Blood and Beastie Boys’ Licensed To Ill, Rubin favoured a hands-on approach and also enjoyed thinking outside the box. An example of this was his suggestion that the band record their new album in a sprawling, ten-bedroom mansion in LA’s Laurel Canyon once owned by legendary escapologist Harry Houdini.

“It was this big, ghostly abandoned structure that we built a studio in”

“That was probably the most wonderful recording session that we’ve ever had to date,” Anthony Kiedis enthused in an Entertainment Weekly interview in 2011. “The nature of it was so special: living in this ramshackle old 1920s mansion in the Hollywood Hills that hadn’t been lived in for years. It was this big, ghostly abandoned structure that we readily moved into and built a makeshift studio [in].”

Rubin’s atypical methods even ran to recording the band’s ragtime-meets-hardcore cover of Robert Johnson’s They’re Red Hot in the dark of night on the hillside outside the house (“If you listen carefully, you can hear people singing in a car on Laurel Canyon as they go by,” Kiedis recalled). However, it was his encouragement, guidance and arranging skills which helped mould Blood Sugar Sex Magick into the world-beating record it would become.

“I tried to get small enough to get inside the song”

To this end, the group’s new producer helped the Chili Peppers integrate hooks, melodies and an increased sense of dynamics into their trademark punk-funk fury. Songs such as The Righteous And The Wicked, Suck My Kiss, Give It Away and the gripping, Jimi Hendrix-esque title track still contained hard, heavy riffs but much less distortion – and this allowed their inherent catchiness to come to the fore. As Flea later recalled, Rubin’s desire to simplify the rhythm section’s approach also greatly benefitted the band.

“I consciously avoided anything busy or fancy,” the bassist told Guitar Player magazine in a 1991 interview. “I tried to get small enough to get inside the song, as opposed to stepping out and saying, ‘Hey, I’m Flea, the bitchin’ bass player.’ I hardly do any slapping on the record, aside from on Naked In The Rain.”

Rubin’s encouragement also gave the band the confidence to write subtler tunes such as I Could Have Lied and the dramatic, psych-tinged Breaking The Girl. They also created something extraordinary from an intensely personal poem Anthony Kiedis had sketched out in one of his notebooks.

“I felt an unspoken bond between me and my city”

In the poem, the singer laid his thoughts bare about the drug addiction that had almost killed him and succeeded in claiming the life of Hillel Slovak. “I felt I had thrown away so much of my life, but I also felt an unspoken bond between me and my city,” the vocalist wrote in Scar Tissue. “I’d spent so much time wandering the streets of LA and hiking through the Hollywood Hills that I sensed there was a non-human entity, maybe the spirit of the hills and the city who was looking after me.”

Though initially worried that his words were “too soft”, Kiedis discovered the rest of the band were highly impressed, and they started piecing together Under The Bridge – the song that would become Red Hot Chili Peppers’ signature hit.

“The next day, John [Frusciante] came over to my house to polish the song,” Kiedis recalled. “He brought a miniature Fender amp and asked how I wanted it to sound and what sort of feel the song should have. I sang it to him again and he came up with three or four different options. We picked and chose until we came up with that perfect, most inventive chord progression for the melody.”

A truly haunting ballad, Under The Bridge was a dramatic departure from the Chili Peppers’ traditional fare, but it had a universal appeal and simply exploded when it was released as Blood Sugar Sex Magick’s second single. Racing to No.2 on the Billboard Hot 100, the song also introduced the band to a whole new audience.

“Our energy and personalities were captured and allowed to breathe”

Blood Sugar Sex Magick, meanwhile, was first released on 24 September 1991 (the same day Nirvana released their epochal Nevermind). Helped by a string of positive reviews such as The Village Voice’s, which sagely noted “they’ve grown up, they’ve learned to write, they’ve got a right to be sex mystiks”, the album did brisk business from the off, going gold within two months.

That was, however, just for starters. Helped by Under The Bridge and Give It Away, the latter of which cracked the Top 10 in the UK, Blood Sugar Sex Magick went supernova, selling over 13 million copies and turning Red Hot Chili Peppers into a global phenomenon.

“We all knew we were doing our best work yet,” Kiedis later recalled in Scar Tissue. “We knew we had created something that was real and strong and beautiful. Rick [Rubin] and Brendan [O’Brien, engineer] actually did capture the essence of the Red Hot Chili Peppers for the first time. Part of our live energy and our individual personalities were captured and allowed to breathe and exist on that album, and that was something we’d struggled to do in the past.”

Check out our list of the best 90s musicians to find out where Red Hot Chili Peppers rank.