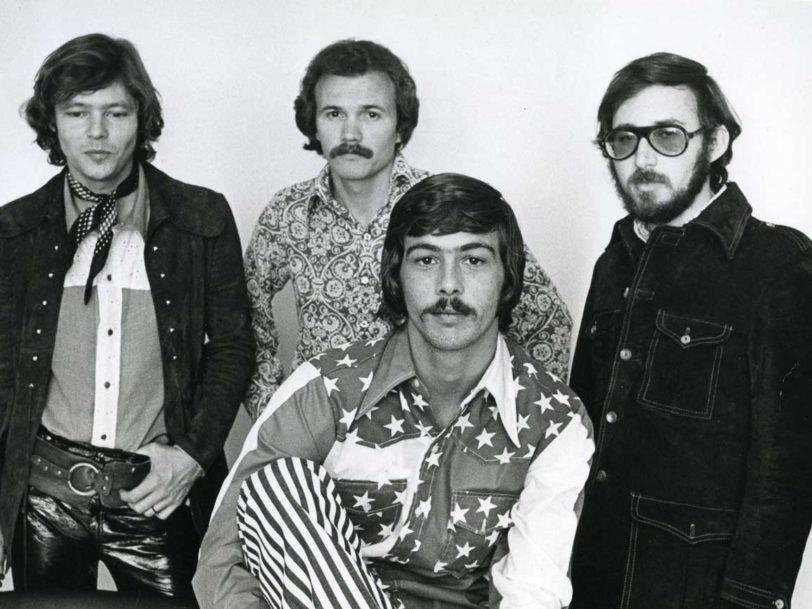 Making writing hits look easy, the best Bread songs are soft rock staples that capture the 70s and continue to have widespread appeal.

The soft rock revolution wouldn’t have existed without Bread. The band released five albums between 1969 and 1973, but returned after a hiatus and released one last effort, 1977’s Lost Without Your Love. With chart-topping hits like Make It With You and Baby I’m-A Want You, the groups made crafting easy listening classics look effortless. David Gates, Bread’s chief songwriter, played a big part in pioneering their sound, and the best Bread songs reveal just how perfectly the group captured an era.

Here, then, are our ten best Bread songs.

The opening track to Baby I’m-A Want You, Mother Freedom illustrates the stylistic divide that Bread strove to reconcile throughout their career. Just edging into the Top 40, the song digs into the rock’n’roll grit of the early 70s with a riff that feels straight out of the Grand Funk Railroad playbook. Make no mistake, Bread can rock, and this song showcases that. Look past the dogmatic lyrics and surrender to the groove – and that battle-cry chorus.

After a three-year break, Bread returned to the studio in 1976 to record their sixth and final album, Lost Without Your Love. Released a single at the end of the year, ahead of the record’s January 1977 release, the song Lost Without Your Love features Gates on the piano, once again dialling in the sound and sentiment behind the best Bread songs. Lost Without Your Love’s finest moment occurs at the bridge, when Gates slips into a drum, bass and guitar groove that feels straight out of Paul McCartney And Wings, showcasing Bread’s ability to break free from its sentimental side.

If The Last Time feels like it’s stuck out of time, that’s because it kind of is. James Griffin, who co-wrote the song with Robb Royer before forming Bread, has said that the song was always intended as a “Neil Diamond-y thing” for a future solo project. Regardless, it’s a strong entry on the band’s debut album, and a worthy addition to this list of the best Bread songs. Griffin delivers one of his greatest vocal performances, blending sounds that recall Iron Butterfly, Brewer And Shipley and The Mamas And The Papas, while the song’s funky bridge has all the hallmarks of heavily saturated 60s psychedelia. Moving forward, the band would ultimately break from these kinds of sounds.

Another Griffin and Royer effort written before Bread came to be. The duo brought Look What You’ve Done to sessions for the band’s debut album, but failed to capture a version that worked. Bread revisited the song with engineer Armin Steiner at Sound Recorders Studios for their second effort, On The Water, and this time it came together On the surface, Look What You’ve Done might feel like an attempt to mimic the successful soft rock formula that Gates was perfecting at the time with the hits Make It With You and It Don’t Matter To Me, but Griffin’s stellar – almost pained – vocal performance and the double-time break that blows the song wide open dispel any notions of that.

If began a series of subdued guitar ballads from Gates. Like Diary and Aubrey, the song begins with a gently plucked descending guitar line followed by a series of gentle, melodic layers. Dreamy and lovelorn, it’s an indication of Gates’ ability to write something that’s both philosophical and universally relatable. This, combined with the song’s simple arrangement and Gates’ fluttering tenor, made it a no-brainer for industry crooners like Frank Sinatra and Jack Jones to record the song, and If has inspired over 200 different covers. Some standouts include Dolly Parton’s bluegrass-infused version, on her 2002 effort, Halos & Horns, and none other than actor Telly Savalas’ wild spoken-word version, which topped the UK singles charts for two weeks.

Gates’s selfless, soul-searching anthem It Don’t Matter To Me is one of Bread’s most beloved songs. The original version is buried deep in the band’s 1969 debut album, but after finding success with Make it With You, in 1970, they re-recorded It Don’t Matter To Me and gave it a single release. Featuring some subtle tweaks that were more in tune with Gates’ original vision for the song, along with a key change and more downtempo feel, Gates added his characteristic string swells to accent the song’s transitions. The result: a more polished version and another US hit to add to the best Bread songs.

Bread released two albums in 1972, January’s Baby I’m-A Want You and October’s Guitar Man. Both were commercially successful, with title tracks that charted both in the US and UK. With the band starting to come unglued from the rigors of recording and touring, however, Guitar Man revealed a different side of Bread.

The song’s gentle, acoustic cadence welcomes us into its narrative of the mythological travelling guitar man. But as the verses unfold, they tell a more haunting story of a rootless career musician that empties himself out night after night so fans can take a piece of him home with them. Gates gives us just a glimpse behind the curtain before cleverly redirecting attention back to the chorus, the cool electric wah-wah lead, and all that the guitar man can provide. Introspective and reflective, the song’s infectious hook stays with you long after the lights go up.

The song that set the gold standard for the Bread sound. After the disappointing response to their first album, the band changed studios and engineers for On The Waters. They also added Mike Botts, the session drummer who famously got his start at the age of 12, drumming with jazz greats like Wes Montgomery and Jimmy Smith.

Make It With You, however, only features David Gates (on acoustic and electric guitars, vocals, harmonies, bass and strings), with Botts on drums, but it more than earns its place among the best Bread songs. When reflecting on writing it, Gates recalls getting goosebumps, saying he knew he was onto something. When the single hit No.1 in the US, the press reached out to Gates’ mother for comment on her son’s success. She conveyed her pride but also expressed bewilderment as to why her son would want to write a hit song with the title Naked With You. It’s certainly one of the best examples of a misheard song lyric.

Elektra released Baby I’m-A Want You in October 1971, hoping to improve on Mother Freedom’s performance. Originally composed on piano, David Gates has said that the song didn’t come as easily as some of his other hits for the group, but that it finally came to life when he moved it over to guitar and adjusted the key. Hitting No.3 in the US and becoming a Top 20 hit in the UK, it was Bread’s most successful single since Make It With You, securing the band’s foothold in soft rock.

With its infectious, galloping chorus, Everything I Own marked a defining moment for the band, and tops our list of the best Bread songs. It may, however, come as a surprise to learn that it wasn’t written about a romantic partner. Gates penned the song in tribute to his father, Clarence, who played a big part in his son’s development as a musician and composer. When Clarence died, in 1963, Gates wanted to write a song to help remember him by. He intentionally kept the song’s hook – “I would give everything I own just to have you back again” – ambiguous so it could be interpreted as a love song. This decision has contributed to Everything I Own’s longevity and widespread appeal (hitting No.5 in the US and No.32 in the UK, it eventually spawned No.1 hits for both Ken Boothe and Boy George).